Skyrim Grandma, The World's Oldest Streamer, Is Cutting Back Her Schedule

In the 1970s, Atari’s Pong captivated fledgling gamers across the world thanks to its ability to translate the sport of table tennis to two electronic paddles on a screen. Pong Quest evolves the formula, delivering a procedurally generated dungeon-crawler where all enemy encounters are Pong matches with power-ups. While this does effectively breathe new life into the well-worn title and prove that Pong is still fun nearly five decades later, the changes aren’t enough to warrant more than a short stroll down memory lane.

Strange happenings are afoot in a kingdom populated by sentient Pong paddles, and the king requests your help to venture into dungeons, retrieve magical orbs, and open the final area; it’s a story that’s as inconsequential and thin as you’d want from a lighthearted RPG built around Pong. Once you enter each themed dungeon, you have four randomized floors to work through, defeating NPC paddles in modernized Pong on your way to a challenging boss battle.

Despite myriad twists to the formula, the enemy encounters are essentially simple matches of Pong: Two paddles line up on opposite sides and bounce a ball back and forth. This basic formula hammers home the timeless nature of Pong; I felt a tinge of excitement each time I entered a match and the high-energy battle music ratcheted up.

While Pong’s basic action of rallying back and forth is still fun, the thrill of Pong Quest’s battles comes from the unique powered-up balls you can use. Some of the special balls deliver exciting effects to attack with and defend against; I love one that abruptly curves toward one of the walls and another that adds speed-increasing oil slicks across the field of play for a few turns. However, some are too overpowered and take away from the enjoyment, with the Fire Ball as the most egregious offender. If you touch it, it rapidly eats away at your health, meaning it’s much better to just let that shot go past you, defeating the entire purpose of Pong. Other balls provide challenging scenarios to defend, but with a select few acting as winning weapons, you’re better off filling your inventory with those rather than experimenting with the more unique ones.

Efficiency is key in Pong Quest’s battles. Instead of winning by simply scoring more goals than your opponent, you must outlast them and whittle their HP down to zero. Unfortunately, your health doesn’t replenish until you reach the next floor, meaning things can get dire if you have more than a couple prolonged encounters. If you let a shot pass with no HP, you get booted from the dungeon and must start the floor over. Thankfully, one of the most abundant power-ups you can find is the Potion Ball, which replenishes your HP each time you use it. Still, when there are so many interesting abilities to experiment with, it’s annoying to have to constantly take up one of my limited inventory slots with boring-but-essential Potion Balls.

Each battle grants you experience, which eventually levels you up. Each time you reach a new level, you can select from one of three presented perks. These range from added HP and inventory slots to various markers on maps and added damage to opponents. While it always felt like the least interesting option, I leaned heavily into the extra HP option to increase my survivability in the dungeons and reduce my reliance on Potion Balls.

In addition to battles, you can earn extra items by completing optional objectives. At the start of each floor, an NPC will ask you to go the extra mile by clearing out all the enemies, battling zero enemies, or visiting every room on the floor before leaving. A carnival barker also lets you complete puzzle-based minigames like setting up surfaces to ricochet into a goal, matching cards, or even exploring a dark room to find light switches before time expires. Sadly, none of these are particularly rewarding or fun, often granting you special balls you likely don’t have space for. However, the black hole challenges – where you wager a chunk of your inventory for bigger returns on Pong-based minigames, like knocking out an approaching centipede or collecting every coin on screen – are thrilling and the exact kind of twist to the Pong formula I was looking for.

If you would rather forego the dungeon crawling and just play Pong, you can compete in local and online multiplayer matches. I like the option of stripping away all of the power-ups and visual flair to play classic Pong, but I wish there were more advanced options for the core multiplayer mode; it would be great to tweak the rules or set my own stable of special balls for the players.

I enjoyed my time with Pong Quest, but with unbalanced abilities, generic dungeon crawling, and repetitive battles, the experience struggled to hold my attention. Pong Quest delivers a fun and unique take on the well-known classic, but the novelty wears thin even before the brief campaign comes to a close. 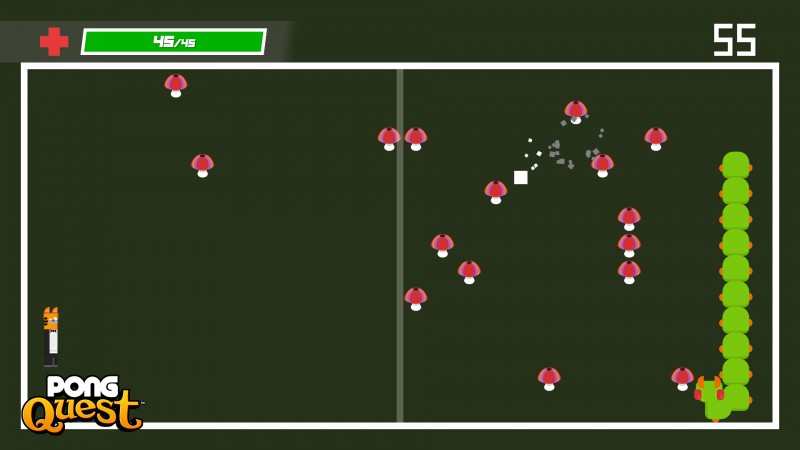 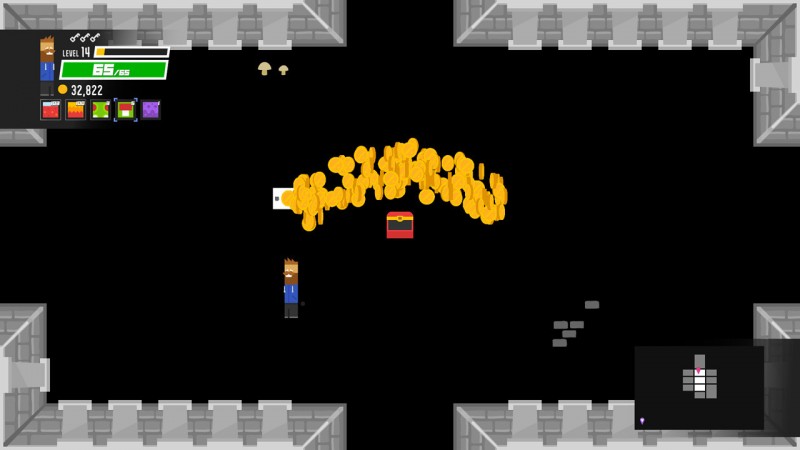 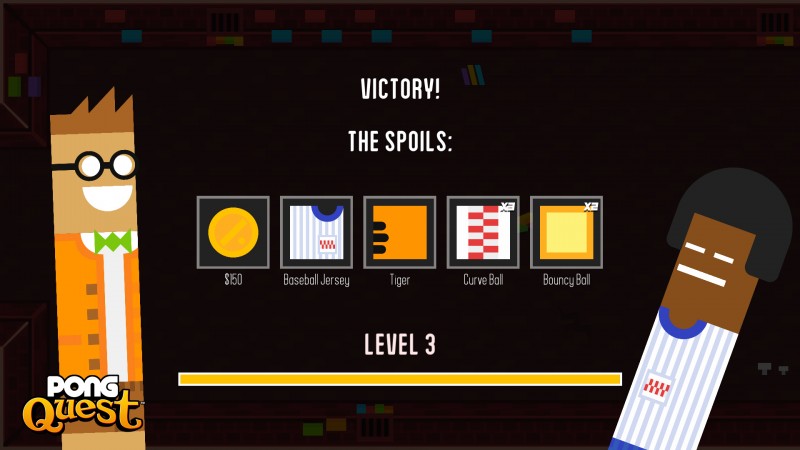 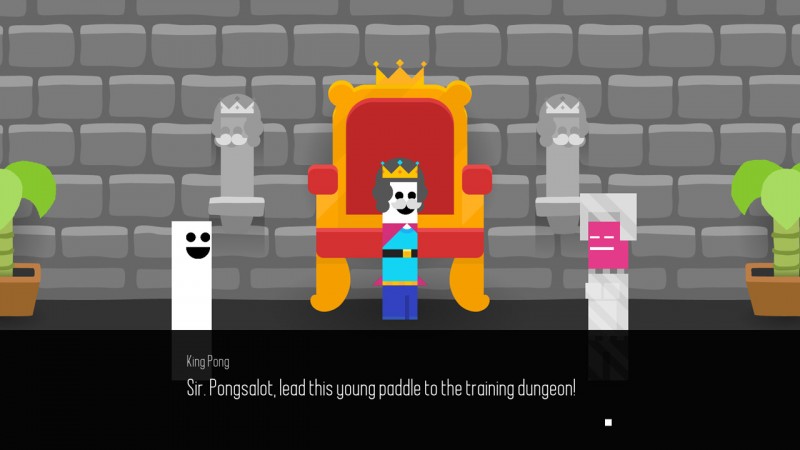 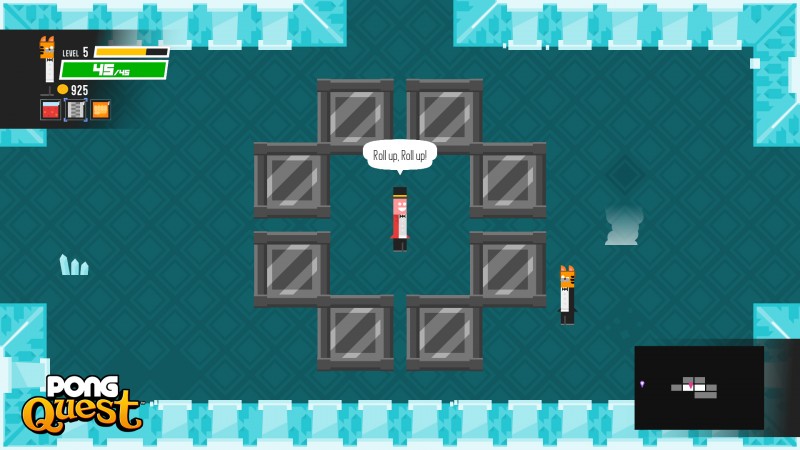 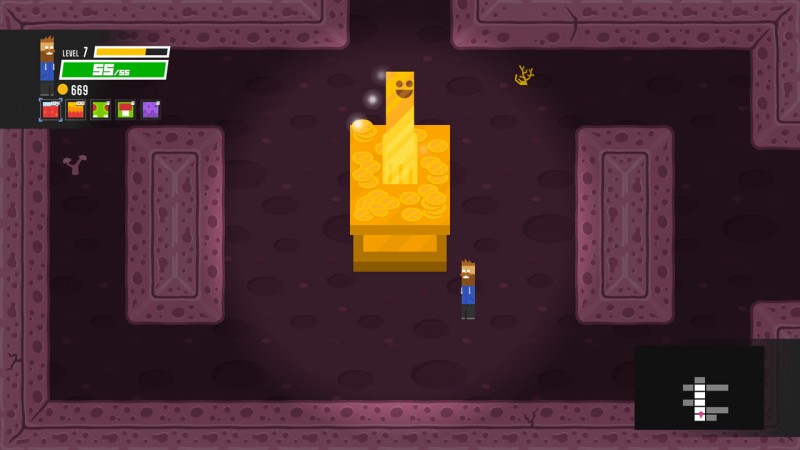 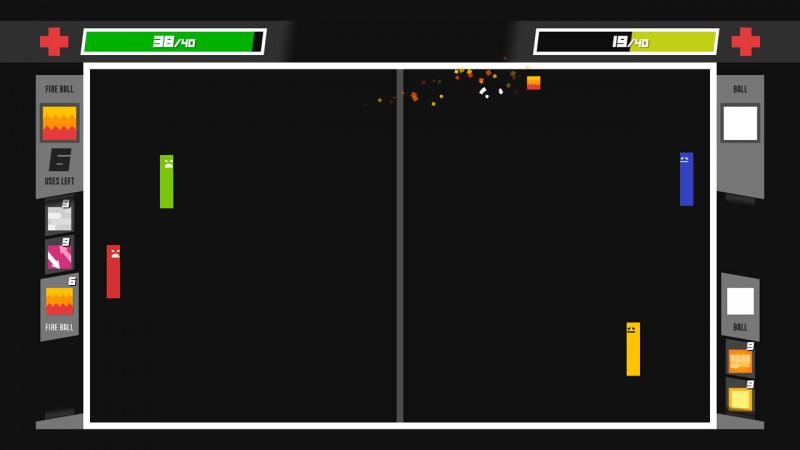 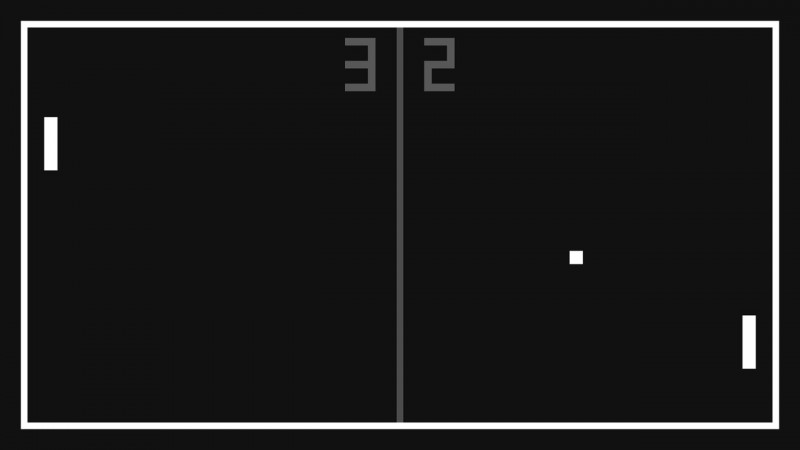 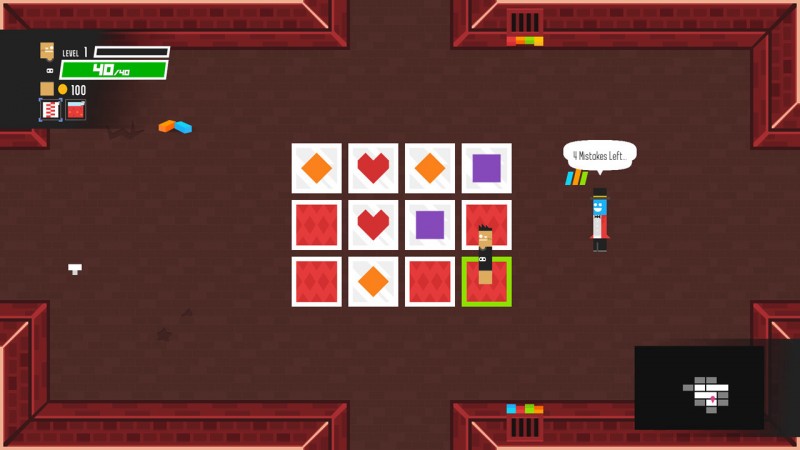 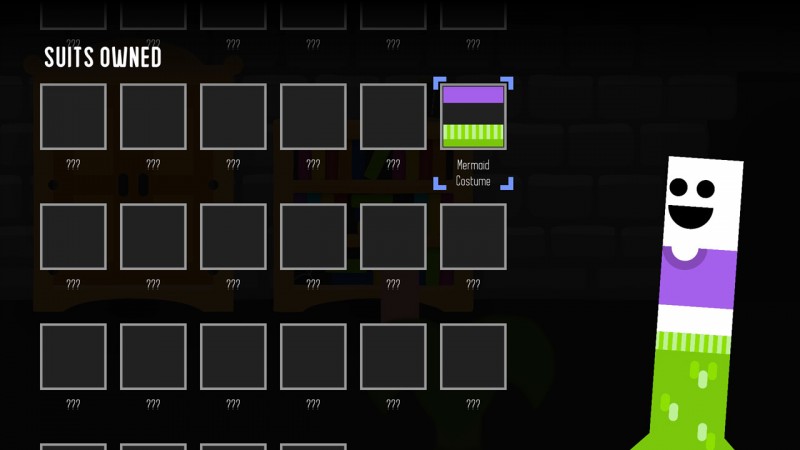 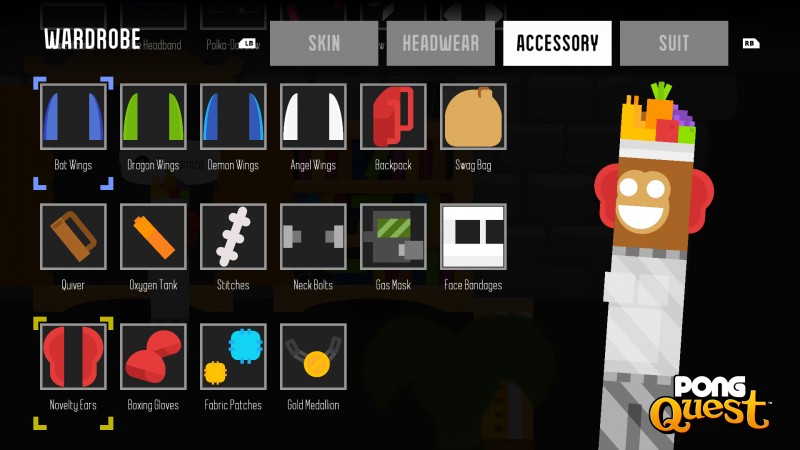 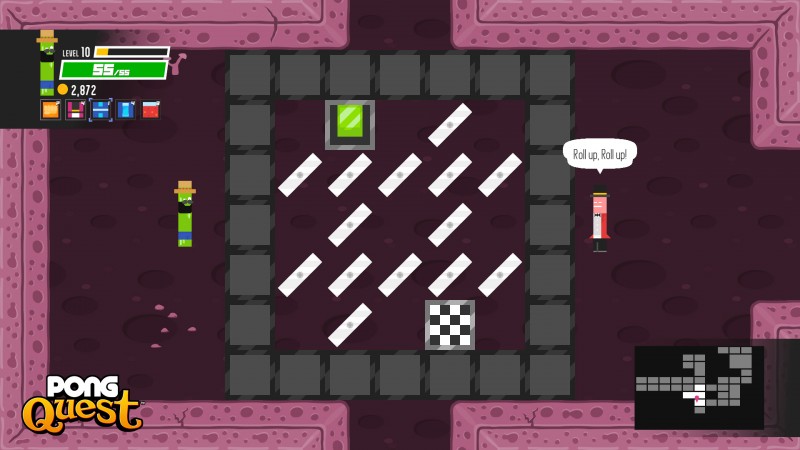 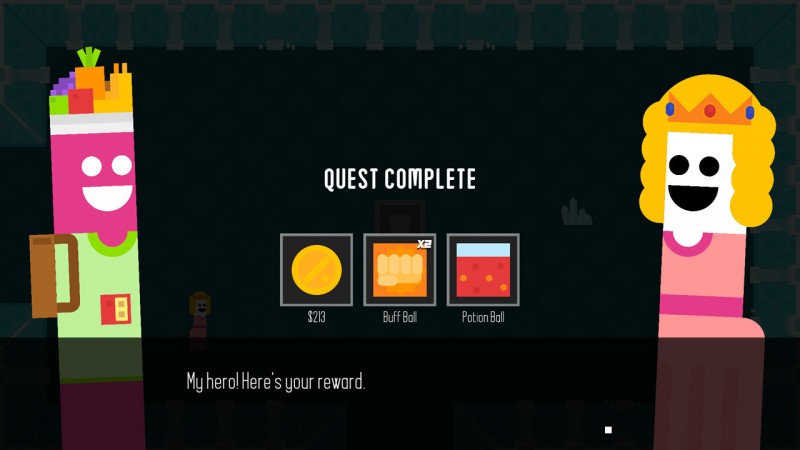 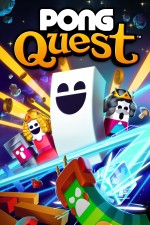 Pong Quest delivers fun and novel concepts in small bursts, but is weighed down by generic dungeon crawling, unbalanced abilities, and repetitive encounters.

Some Call of Duty: Warzone players are making friends in Bunker 11
Xbox

Fortnite Downtime: Epic Games Fortnite servers shutting down for update 12.61
Recent Posts
We and our partners use cookies on this site to improve our service, perform analytics, personalize advertising, measure advertising performance, and remember website preferences.Ok