Between Pokemon Sword & Shield and Brilliant Diamond & Shining Pearl, there are just 63 Pokemon who are still completely unavailable (that is, not coded into the games) in Gen 8. Considering there are currently 898 Pokemon in existence, that’s pretty impressive. But we’re not here to discuss Dexit – we’re here to rank some damn Pokemon.

First, my methodology. It’s important to make sure any tier list is as scientific as possible, so I’ll explain my workings. I’ve ranked the 27 Pokemon lines rather than individual Pokemon to make things a little easier. Take the Tepig line, for instance. Tepig is great, what a cute little pig. Emboar looks like a cheap-ass inflatable ‘flaming pig’ costume that the lazy guy everyone kind of hates wears to Halloween as an excuse to chat your ear off through a hole in his belly when you try to squeeze past him for a drink. “Imagine if that was real fire haha, you’d have been burned. I’m Jamie by the way.” Get in the sea. What I’m saying is, the individual Pokemon in an evolutionary line average the whole family out, so you’ll find Tepig, Pignite, and Emboar somewhere in the middle of the pile.

But how am I scientifically measuring where Pokemon fall on the tier list? That’s just opinion. My opinion. And if you disagree with my opinion, you can get in the sea with Jamie. If your favourite Pokemon is bottom of the pile, I can’t stress enough how little I care. Anyway, on to the good stuff: 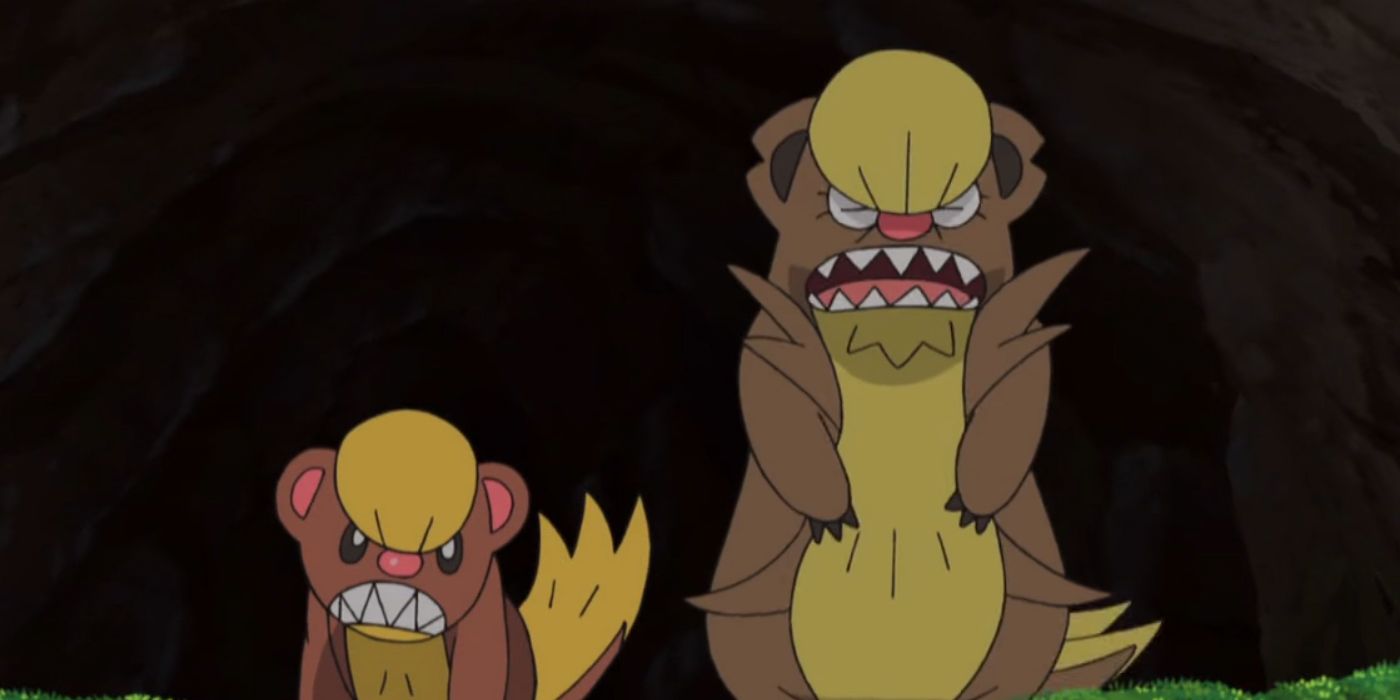 We don’t need yet another Rattata clone in the game. Zigzagoon got a glow-up with its Galarian form, so that’s cool now, but the only thing people ever say about these Sun & Moon additions is that Gumshoos looks like Donald Trump. Which like, yeah, I see it, but I don’t want to be reminded of a racist moron when I play Pokemon. Bin these.

26. All those bloody monkeys

Pansage, Simisage, Pansear, Simisear, Panpour, Simipour. There, I named them all. Happy now? The elemental monkeys are dead and I want them nowhere near my Pokemon games.

While shooting Ducklett (with a camera, I’m a vegetarian) in New Pokemon Snap was very cute, neither of these Pokemon are particularly inspired. They probably should have been included in the Galar region since it’s based on Britain and the Queen owns all the swans here (seriously), but they added Cramorant instead. I’m fine with that. 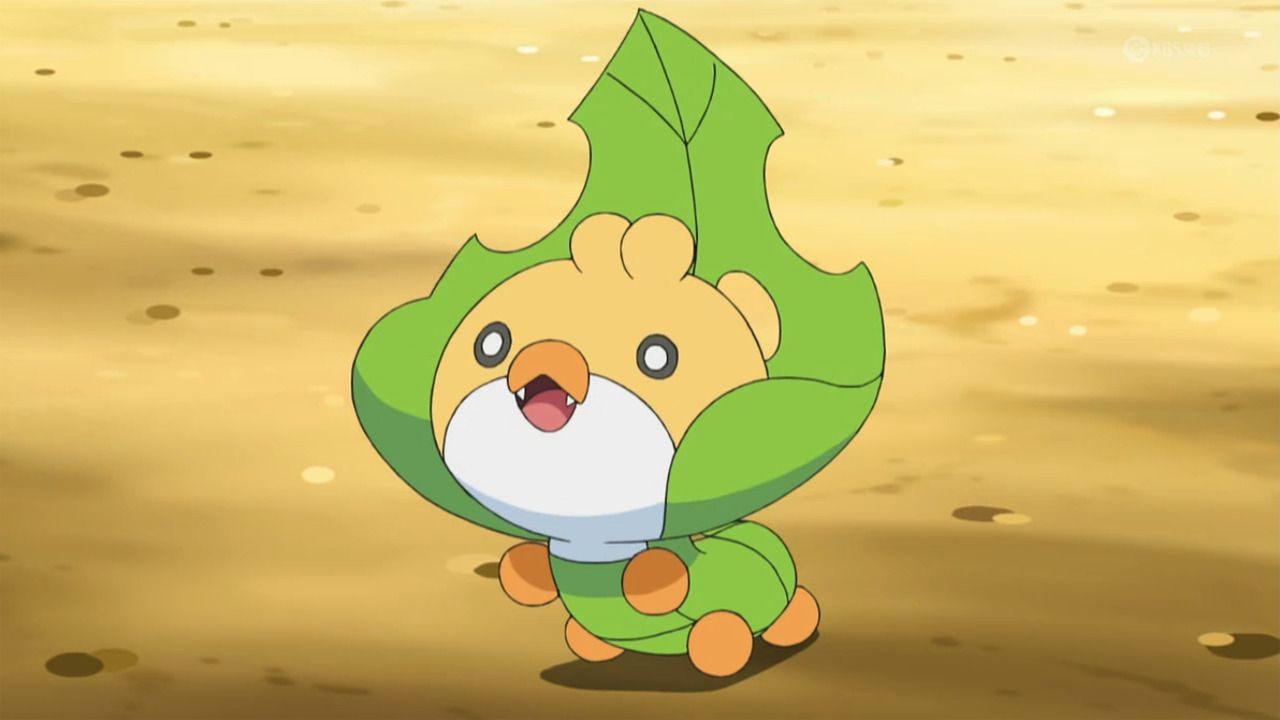 I honestly forgot these Pokemon existed and simultaneously confused them all with Petilil and Lilligant. We’ve got enough plants in Gen 8, cheers.

Okay I get it, people like to dress up their Furfrou. I don’t. With its only gimmick being meaningless to me, why should it deserve a place in Gen 8? Plus, it requires inter-regional trading to get all the forms in Pokemon Go, which pisses me off. 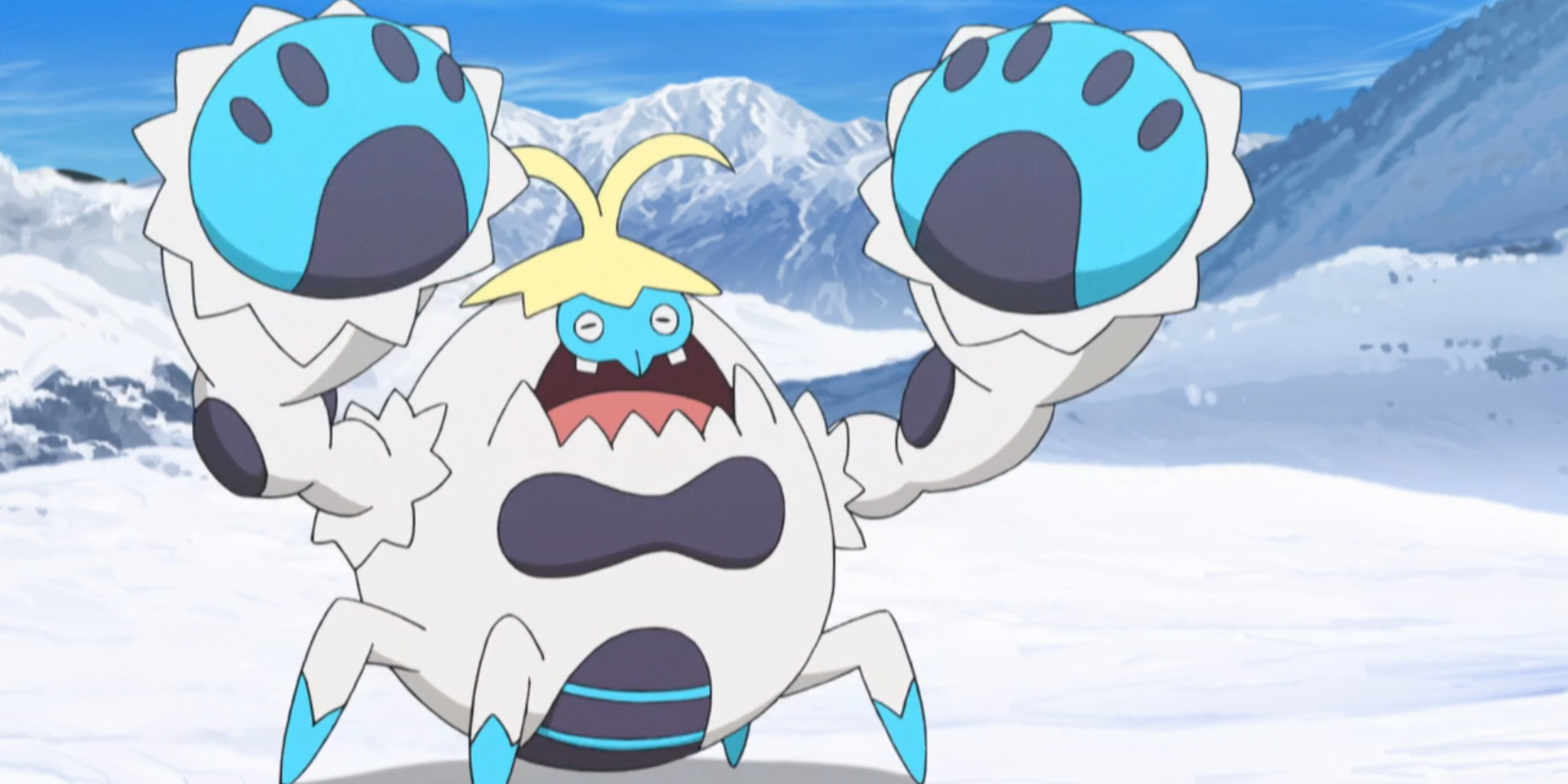 I like crabs as much as the next guy, but these two have pretty wild designs. They’re only this high up on the list because we need all the Ice-types we can get rather than more Grass- or Normal-type borings.

Some people love the challenge of collecting every regional variant of Vivillon’s wing colours, but I can’t be arsed. There are 20 of them! And you have to set your 3DS to be in a different location for each? Or trade? I respect those of you who have them all, but it’s not for me. Also Spewpa has the word spew in its name. More like ew-pa.

I enjoyed riding Gogoat in Pokemon X & Y, but these add nothing to the series other than that one fun moment, which has since been overshadowed by Let’s Go letting me ride far cooler Pokemon like Gyarados, Charizard, and Haunter. Next. 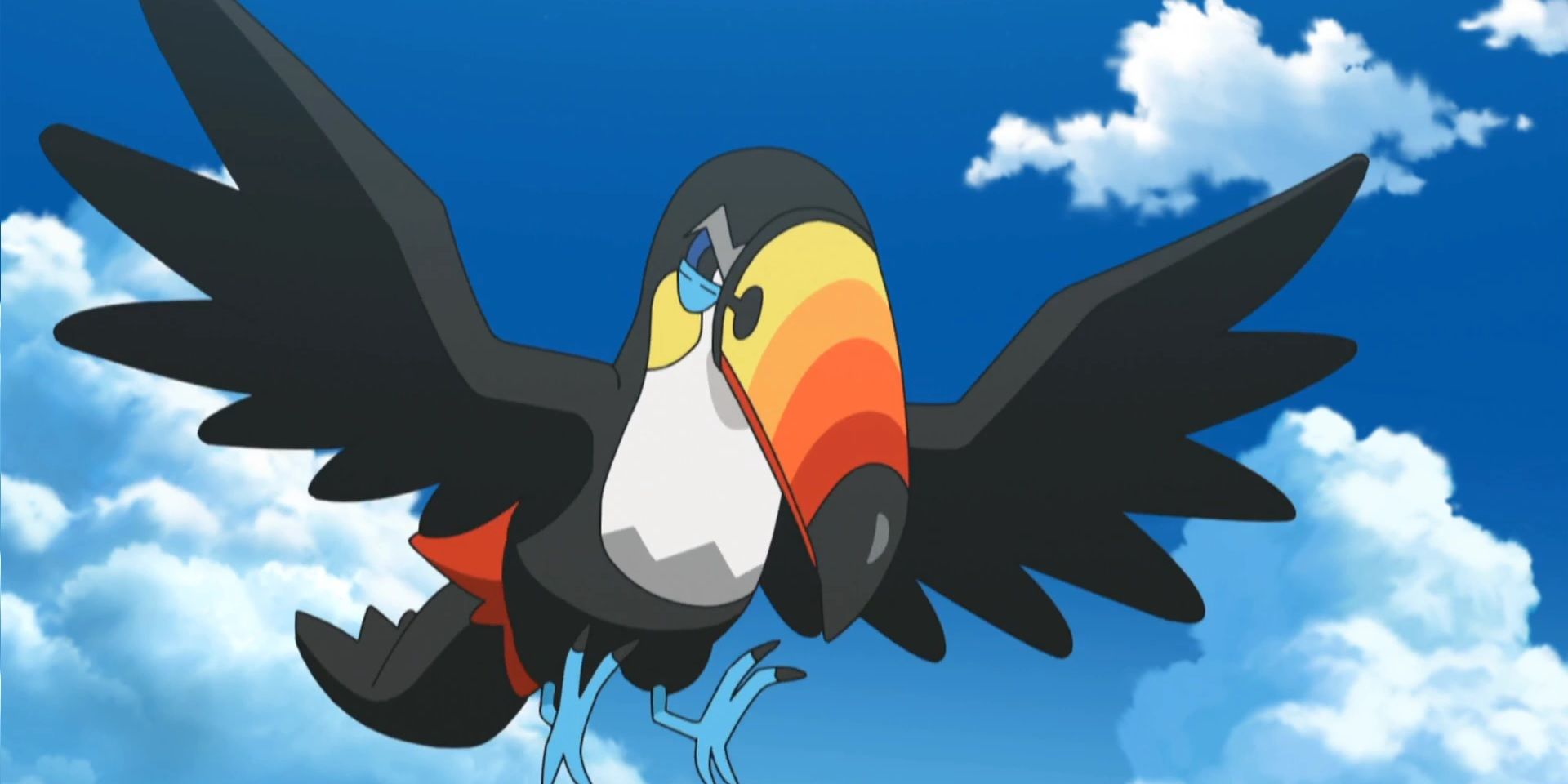 These are some original designs, but birds are just a bit overdone now. A note for Gen 9: there are flying lizards, lemurs, and squid in real life so pick a more interesting animal for your early-game Flying-type.

Chespin’s cute, but the rest of the line look like shit armadillos. Is that what they’re supposed to be? I also feel like this is the point where Pokemon decided all starter forms had to end up bipedal, which ruined Incineroar and Inteleon.

Minior has a cool mechanic, and would undoubtedly look cool shining through the skies of Galar’s Wild Area, but it’s just a bit… Nothingy? I don’t know. The concept of meteors that glow is really, really cool, but Minior made it boring. That’s hard to do. 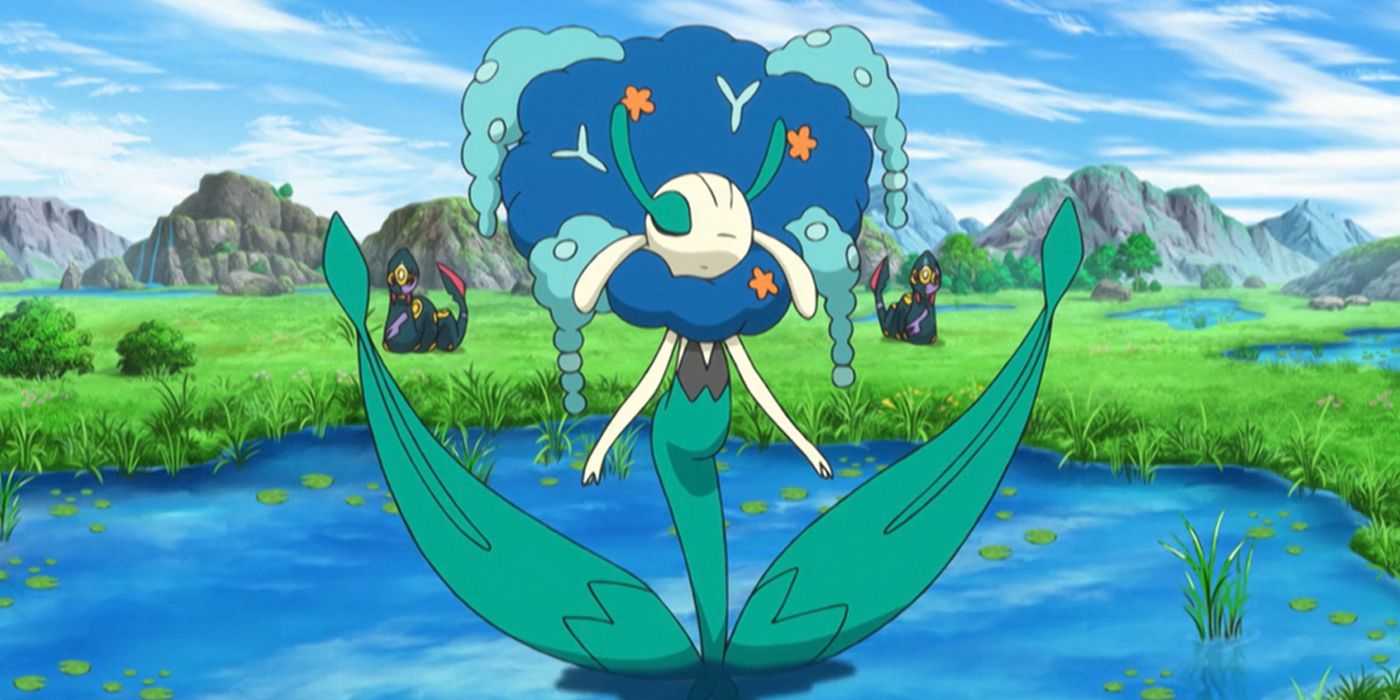 I’ve got nothing against these Fairies. In fact, there’s something of a nostalgia related to them being the first Fairy-types we ever encountered back in X & Y. It’s weird that Floette in particular, which was such an important part of AZ’s story in the Gen 6 games, has been cast aside. It would be good to see these Pokemon back in, but they’re no great loss.

I’ve covered this above – Emboar is lucky it has the cutest little piggy as a pre-evolution else it would have appeared in slot 25 of this list. Tepig: great. Emboar: shit. Which puts the line (much like Pignite) in the middle of the pack.

The other Gen 5 starters as of yet unavailable in Gen 8 are the opposite of the Tepig line. Not divisive at all, the Snivy line are all okay. I wouldn’t mind them being added in potential future Sword & Shield DLC, but I also wouldn’t care if I never saw them again. 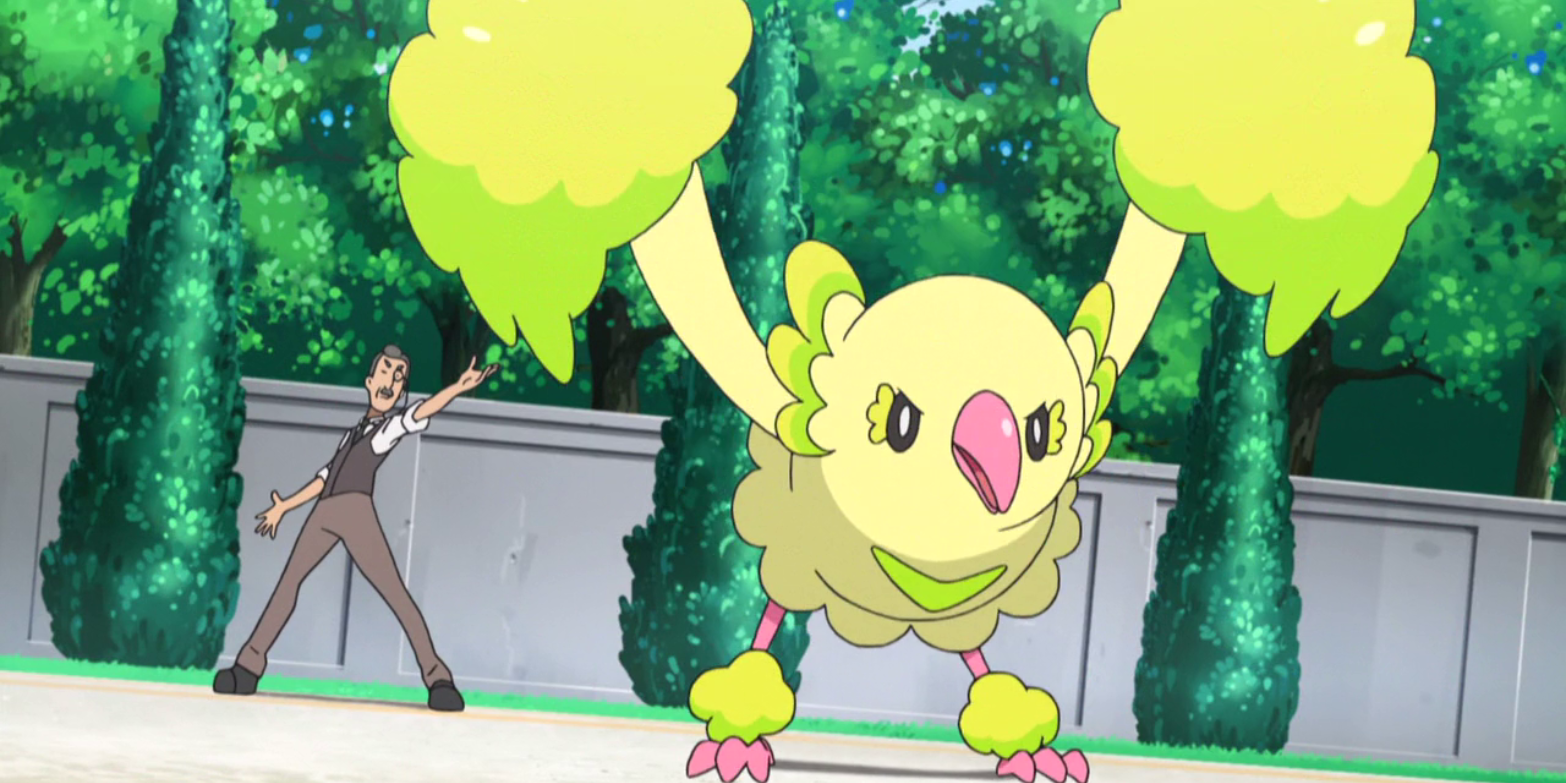 Okay, Oricorio isn’t terrible and I like the gimmick of changing colours based on the seeds you give them, but they truly belong in the Alola region, and it would go against all environmental protocol to remove them from their natural habitat. As far as we’ve seen, the flora that provide the special seeds that transform Oricorio can’t survive the cruel regions of Galar and Sinnoh, so Oricorio would simply die out if transferred to Gen 8.

The only reason these average Normal-types are so high is because it would be great to see different forms of Sawsbuck depending on the weather or season in the Wild Area. I’d enjoy that.

These are cool Pokemon. We don’t have any other zebras in the game, and there are too few Electric-types in general. Blitzle and Zebstrika are unique, and therefore deserve to be in Gen 8. 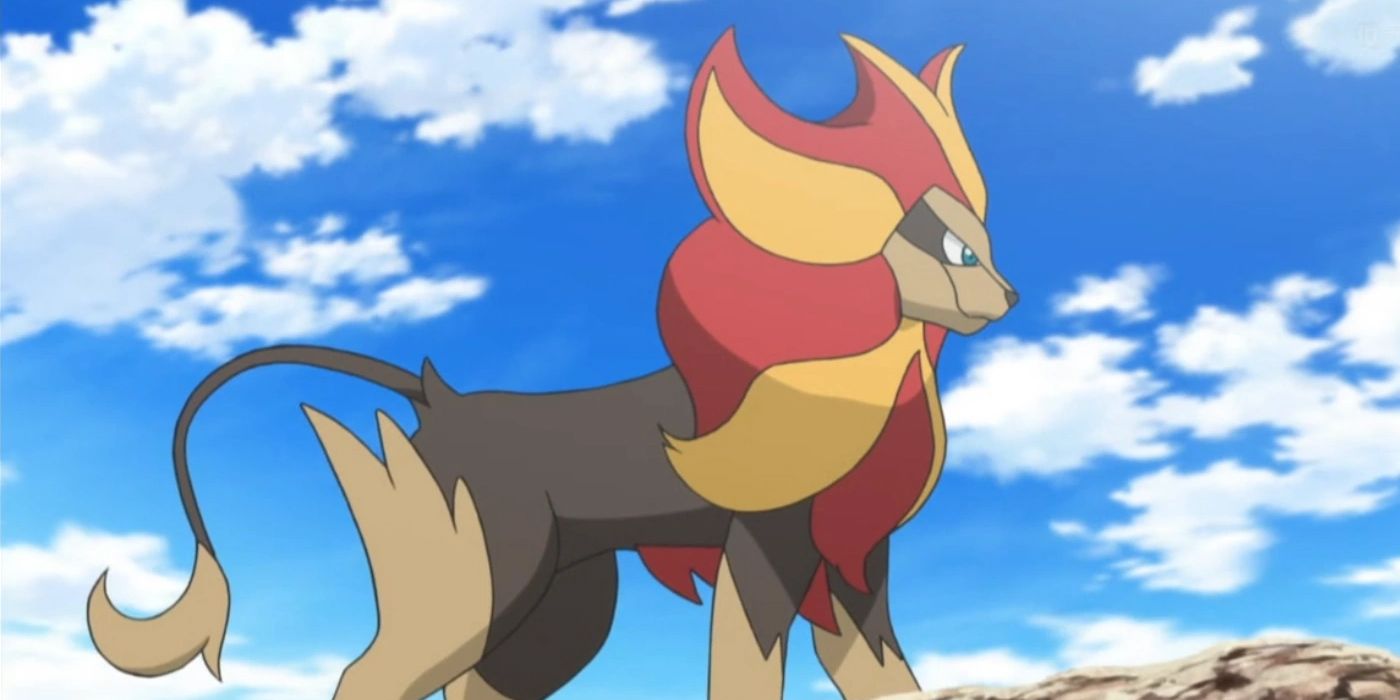 As the zebra’s natural predator, it’s only right that the Litleo line should get a place in Gen 8, too. After all, we don’t want to upset the food chain or biodiversity of Galar by introducing a herbivore with no predator – Blitzle would be running round like rabbits in Australia. Plus there’s a part of Dusty Bowl in the Wild Area that would make a great Pride Rock.

I have no particular love for Meloetta, but with basically every other Mythical Pokemon available, it should be in the game.

See above. It’s only higher than Meloetta because of how cool its Pokemon Go rollout has been. 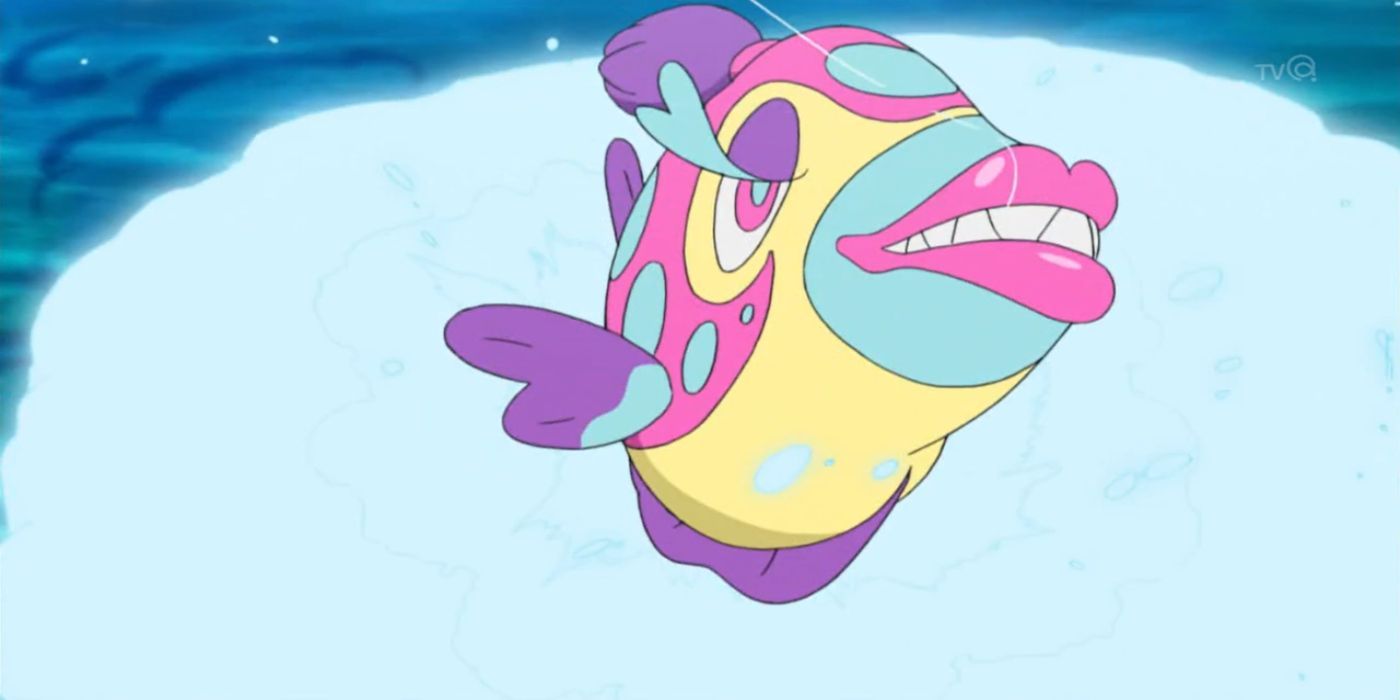 Oh Bruxish, with your face like a child who took their first bite of a lemon. With your colour scheme designed by memories of a ‘70s acid binge. With your aura that you’d spit in the face of an old lady who needs help with her shopping. I love you, you purple weirdo, and I don’t care who knows it. Bruxish is so incredibly unique, as if they let Noel Fielding design a Pokemon as a treat for being relatively normal on Bake Off. Its typing is very nearly unique, too, only sharing Water/Psychic with the Slowpoke line. Put simply: Bruxish is great, and anyone who says otherwise is just a hater.

I never wanted to put it this high, but here’s Greninja. I stand by my words that Greninja is overrated, but fine, I admit it’s a bit cool. I’m probably just jaded after facing hundreds of these bastards in Gen 6 competitive battles, but it’s an iconic monster that should be in a game that has 93 percent of all Pokemon in it.

The superior Gen 6 starters need adding to Gen 8, right now. If you’re reading this, Game Freak, do it. I’ve got a shiny Fennekin you can use as a test subject if you want. I got it through Wonder Trade so it’s probably hacked, but still. Fiery fox wizards is a hell of a pitch for a Pokemon, but somehow the designers pulled it off and birthed a great line of starters. Get these lads in Gen 8 as soon as possible, please. 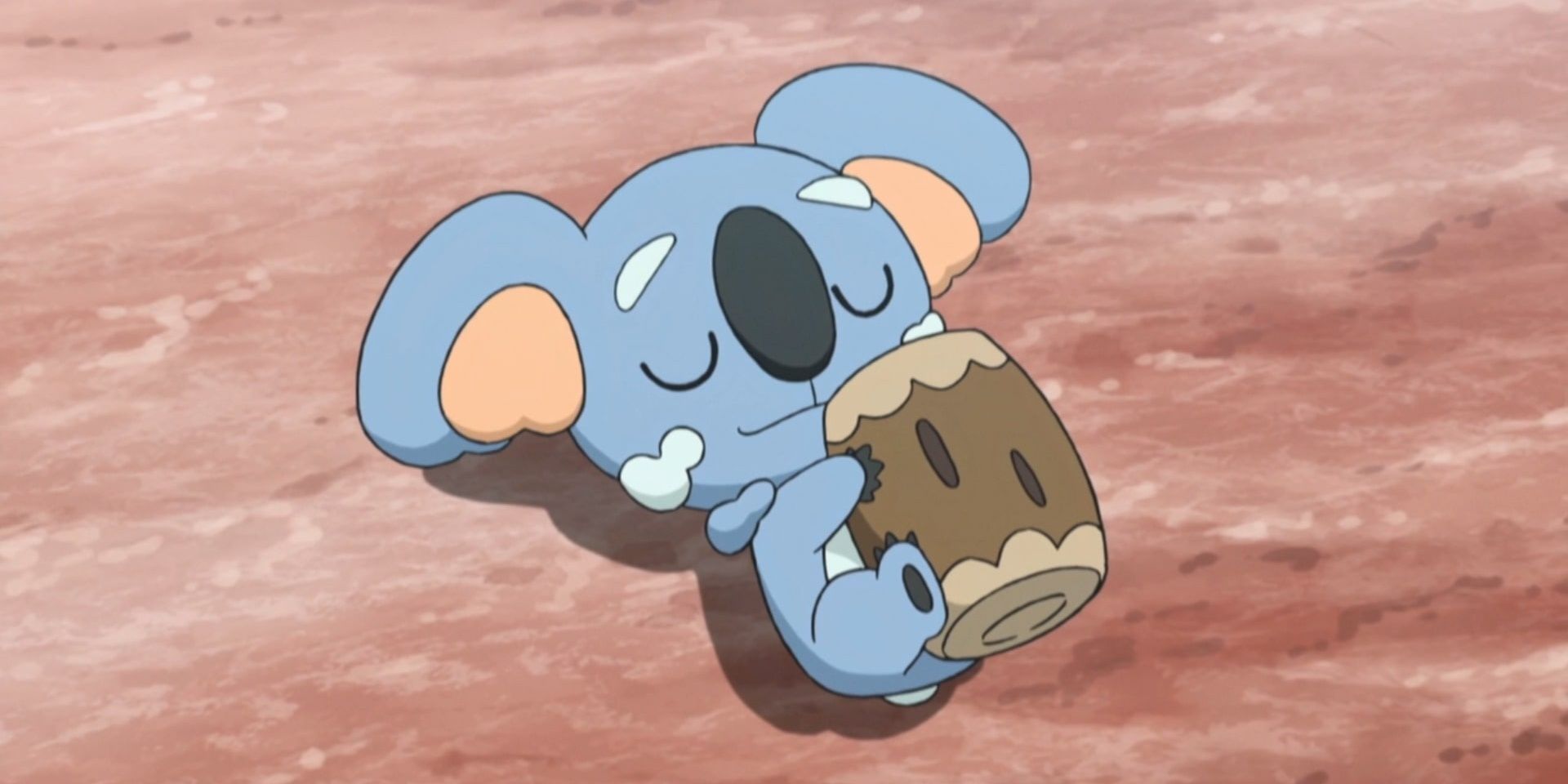 Komala’s just cute, innit. Name one cuter Pokemon than this little geezer. You can’t. Unless you subscribe to the weird theory that Komala is actually the stick thing and it just has an actual, regular marsupial clinging onto it, but if you think that then you’ve got no sense and your opinion is invalid. Sword & Shield added some great cuties in the form of Toxel and Cufant, but it missed the cutest of them all. That needs to change. 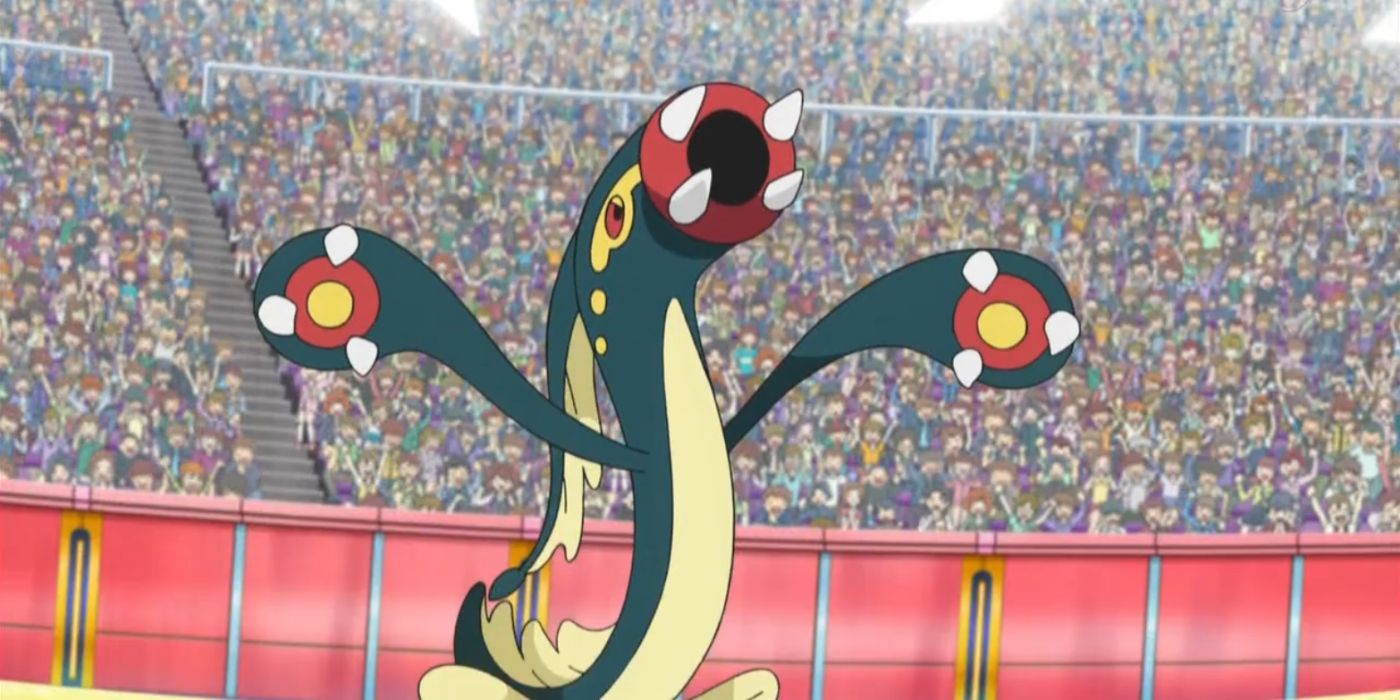 Black & White was a great time for new Pokemon. Having an entirely new Pokedex until the postgame would be slaughtered nowadays, but it made for an incredibly exciting adventure with some of the series’ most iconic creatures. Eelektross is one of those icons. It had the best sprite of the generation – hell, it’s up there with the best 2D sprites of the series – and no weakness. The combination of its Electric-typing with the Levitate ability means that practically the only Pokemon that can hit it for super-effective damage is Mold Breaker Excadrill.

Truthfully, Eelektross is the best Pokemon not in Gen 8, and I’d give anything to see it wiggle its way into the Wild Area at some point in the future.