“We had the perfect team during Dishonored. Everything was coming together. We had people who were coming to an age where they were experienced, yet calmer, not impulsive, but still young enough that they had the fire. You look around and you see your entire team and you go, ‘Man, that’s like a band right there.'”

Raphael Colantonio founded Arkane Studios in 1999, and in his tenure, we saw games centered around cavernous civilizations, plague-ridden European streets, and space stations in the near future, but now he’s taking a step in another direction, tackling the weird west with his new studio. With the Zoom call booted up, the electric guitar just within shot, C0lantonio – effortlessly being one of the coolest game devs out there – reflected on his time in the industry and gave me his perspective on where we all are now.

“There’s good and bad frankly,” Colantonio says, “I think in general, the consume-as-much-as-you-can-for-a-certain-fee-per-month kind of approach that the world has gone for, whether it’s [Xbox Game Pass], Spotify, or Netflix, or anything really, turns content into a commodity. It turns content disposable. If it’s good, I’ll get it. If not, I don’t care. And I think it works for huge behemoths because then people are still gonna consume that thing. But I think the smaller things get lost in the noise.” 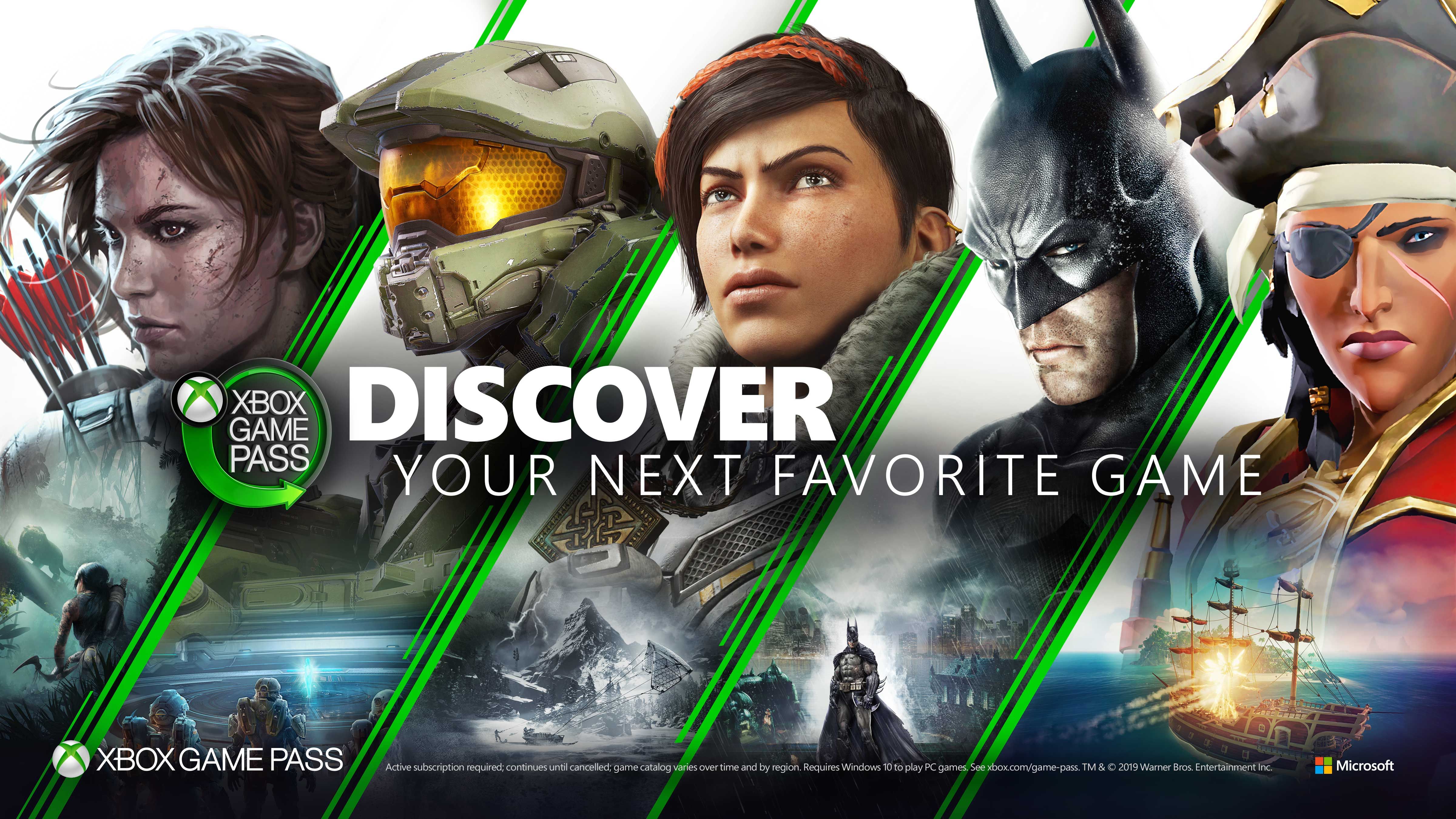 Xbox Game Pass has been adding title after title after title, consistently bringing a wealth of new products to its platform: it’s cheap and easy-to-access, not to mention available on PC to boot. It’s incredibly consumer-friendly because it’s an affordable way to game with even new titles like Outriders launching on the service, but Colantonio’s perspective is an intriguing one. It challenges the idea of what the Game Pass brings to the industry, and his perspective is one that has a leg to stand on given that he himself has seen and experienced a similar shift in consumption happen in the music industry already with Spotify.

“In Spotify, good luck making money,” Colontonio says, “Even if you get a substantial amount of streams – and I’m talking about even if you make one million, which is a lot – you’re never gonna make the same amount of money that you would if you were selling your songs back in the day… But on the flip side, it does revive all the things that people would probably not give a chance to anyway. Now it’s there, they’ve already consumed all the big things that they can: they’re bored today, and so they give it a chance. And I think it’s because there’s an appetite on the side of the consumers to just go and eat as much as they can. So it’s $10 a month – just do as much as you can. It’s like the buffet – they’re gonna think they tried a bit of everything, but they didn’t, so they don’t give games a chance for some things. It’s just like: I don’t like it, I’ll just pass. So that creates this really different culture of consuming, which I think is very scary personally. It’s a double-edged sword.”

Subscriptions seem to be becoming the norm across the board, whether it’s PS Now, Xbox Game Pass, the Nintendo Switch’s, the wealth of movie and television platforms, the music services, etc. This culture of consumption has seeped into every aspect of art, and while it’s good for the consumer given how easily accessible and affordable it all is, Colantonio’s insight certainly opens the door to that perspective of the creator and what this actually means for the people who are bringing this art out in the first place. If Game Pass style subscriptions become the norm for gaming over individual purchases – like Spotify with music – then it will harm the indie scene by making it harder to turn a profit since the only major way to get your game out there will be to use these services that cannot pay well. This could be harmful for the industry in the long-term, perhaps even pushing for more in-game microtransactions to recoup losses. However, with that being said, Colantonio has no gripes with Arkane selling to Microsoft and doesn’t hold any ill-will to the company. 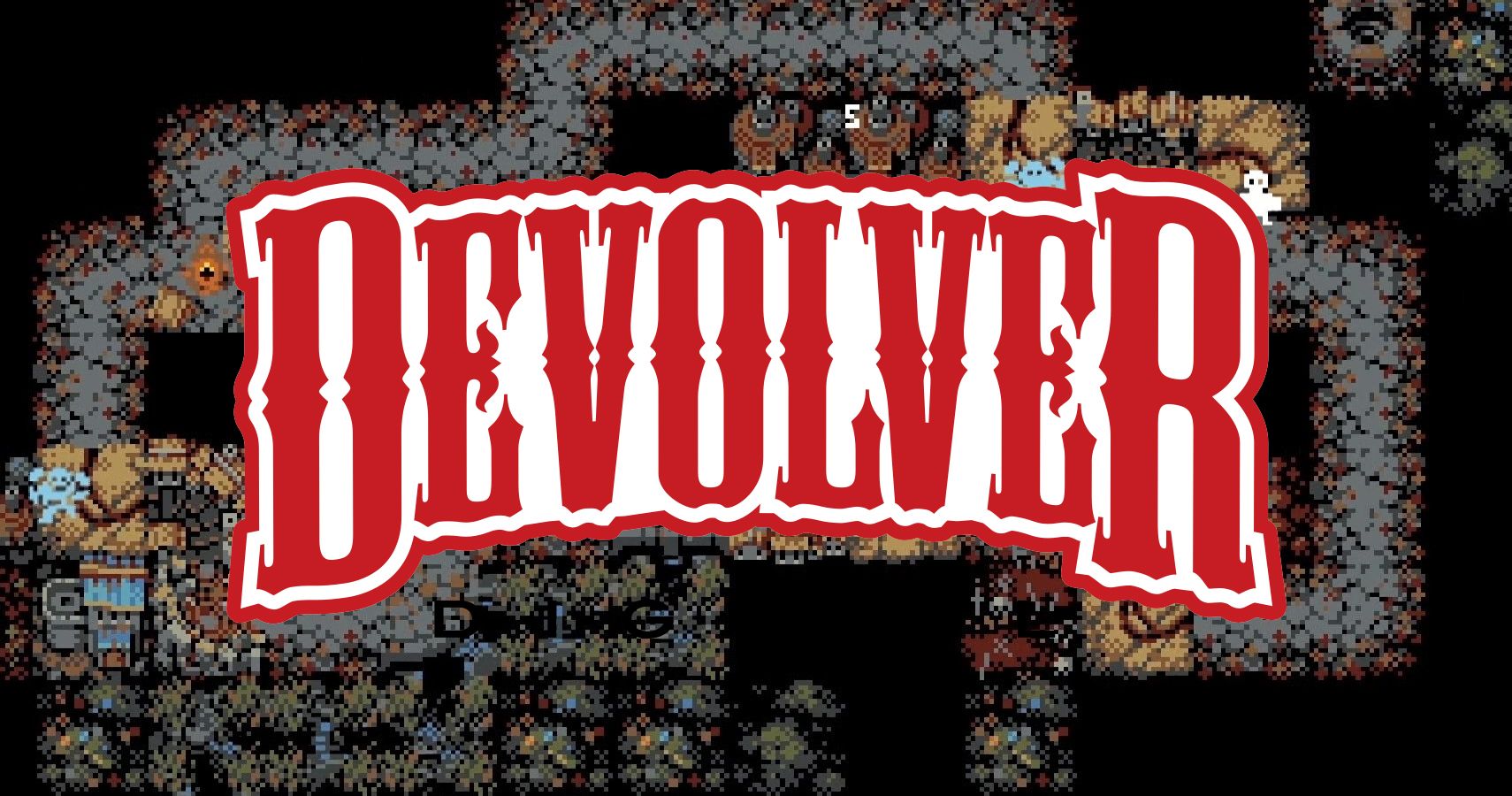 “Selling to Bethesda was a great adventure that really benefited Arkane a lot. And Bethesda now selling to Microsoft wasn’t a surprise,” Colantonio reveals, “I mean, yeah, I woke up in the morning, and I got the news, but it wasn’t like, ‘Oh my god! What did they do!?’ It felt like a natural thing that happens in our industry. From a company perspective, if you look at it, like a person to experience every angle of every aspect of the journey from a startup with four people, when nobody believed in you, to your first-half success, to your first real success to being with Bethesda back then, etc. And then you get to see all the evolutions and all of that. So, I think it’s a beautiful story. I trust that Microsoft’s intentions are just to make it even more Arkane than it is.”

Bethesda bought Arkane in 2010, leading to Dishonored, and when Microsoft acquired Bethesda, Colantonio was already gone from the company – he’s since founded his own studio, WolfEye, and began work on a new game called Weird West, set to be published by Devolver Digital. “I always enjoyed working with Bethesda,” he says, “They’re very developer-centered. They understand that it all comes from there, it’s all about the creatives. Devolver is very similar in that regard. I think some publishers are more marketing-oriented.

“They’re more like, ‘What do we need? What does the world need?’ Or they need some game right now because there’s a trend about that. Cool, let’s do that, and then, because they have such a culture around that, even if they don’t know, even if they don’t try to do that, they still do it, because other people are there for that. It’s like a mentality thing. Devolver and Bethesda are not like that at all. That’s what they really share in common, and that’s why we are pursuing this kind of publisher because they really are like, ‘Look, the creative do creation, and we then work together.’ It’s not like we take it and they’re like, ‘Yeah, don’t worry, we’re gonna sell that.’ Instead, it’s, ‘I’m going to make all my effort to understand exactly what your game is because I trust it’s a good game. And then once I understand it, we’re going to sell that together.’ It’s a very similar approach, which I value so much.” 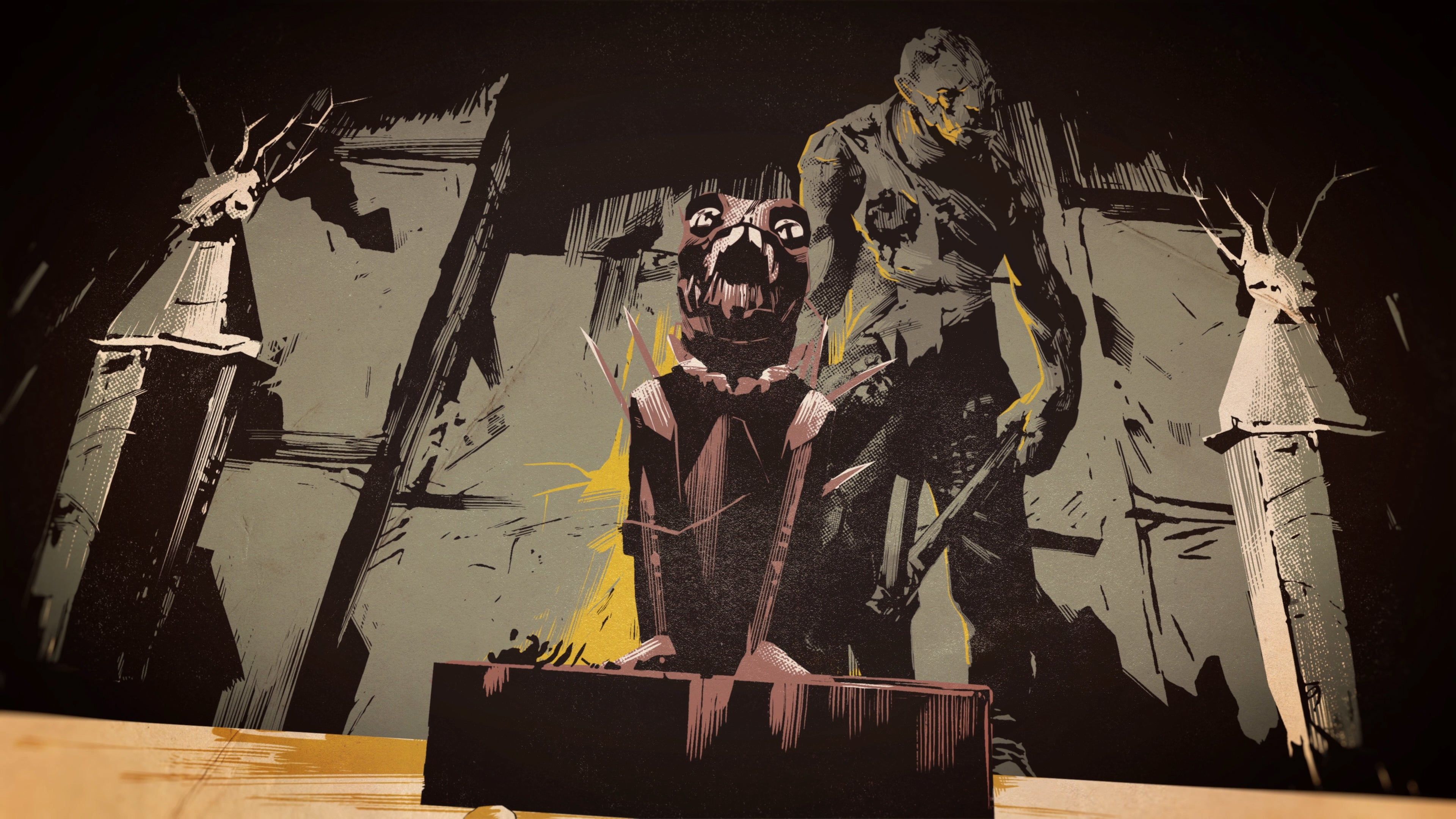 That mentality bled into Dishonored, which initially was pitched by Bethesda as a game set in Feudal Japan where you would play as a Shinobi or ninja, hence the name, but neither Harvey Smith, a lead designer on Dishonored, nor Raphael Colantonio, felt comfortable with this. “Both Harvey and I were like, nothing against Japan, it’s just that we don’t know much about it. We don’t have a huge passion for that era in time, and even though it’s pretty fun, it wasn’t something that was super inspiring to us. So we modified it and we evolved it and we came back with a different pitch involving London – more like all Europe.” Naturally, that’s what stuck. Bethesda let Colantonio and Smith roll with the project, and Dishonored was a hit.

Colantonio didn’t divulge what other settings he’d like to explore in the future – he’s keeping that close to his belt, to “keep it as a surprise,” but he did share what his favorite kind of setting is, something that both Prey and Dishonored fall into, and that’s alternate history. Mankind taking a diverting path leading somewhere else, a what-if? scenario. “It’s a way to create a world that is fascinating because you derive all its rules from what-if? So it’s kind of a cheap way to do something very deep,” he says, “I don’t know if you’ve seen that show on Amazon Prime – The Man in the High Castle – even though, frankly, it’s not the best show in the world, just the way they redefine that alternate version of the universe, of reality, was so cool.”

That’s part of what makes up Weird West’s own setting, Colantonio’s new game, a “dark fantasy reimagining of the Wild West where lawmen and gunslingers share the frontier with fantastical creatures.” It’s certainly an interesting setting and a huge shift from the space station of Prey which was inspired by the twisting and turning, interconnected dungeons of Arx Fatalis. “The game constantly evolves,” Colantonio says, “We’re always listening to what people think.” It certainly fits the bill of alternate history, giving a new take on the Wild West, and like Dishonored, there’s going to be a hefty amount of impact that the player can impose upon this world. That impact was ultimately up to the player, but you could go back to save files to dodge decisions you disliked. Initially, Weird West had it so you couldn’t revert to a save file after making an important decision – you were stuck with whatever it is you decided to do. You had to have conviction. That’s changed.

“Some people did not respond so well,” Colontonio reveals, “So we’ve now committed to actually doing two modes. There’s that mode where everything is permanent, and there’s the mode where you actually just reload whenever you want. It’s a choice in difficulty level, basically. You have the game the way it was intended to be but then there’s the mode like the way people are used to which totally makes sense.  It’s a fine approach.” Weird West is coming out in 2021, and it’s the next chapter in the book of Colantonio’s story. It’s taking a lot of what was learned from Dishonored, Prey, Arx Fatalis, and more, and bringing it out under a new studio, and Colantonio seems to be back in the developer groove, so hopefully, that shines through in his new venture.

Next: Project Triangle Strategy Producer Shares Details On Game’s Length And When We May Hear More 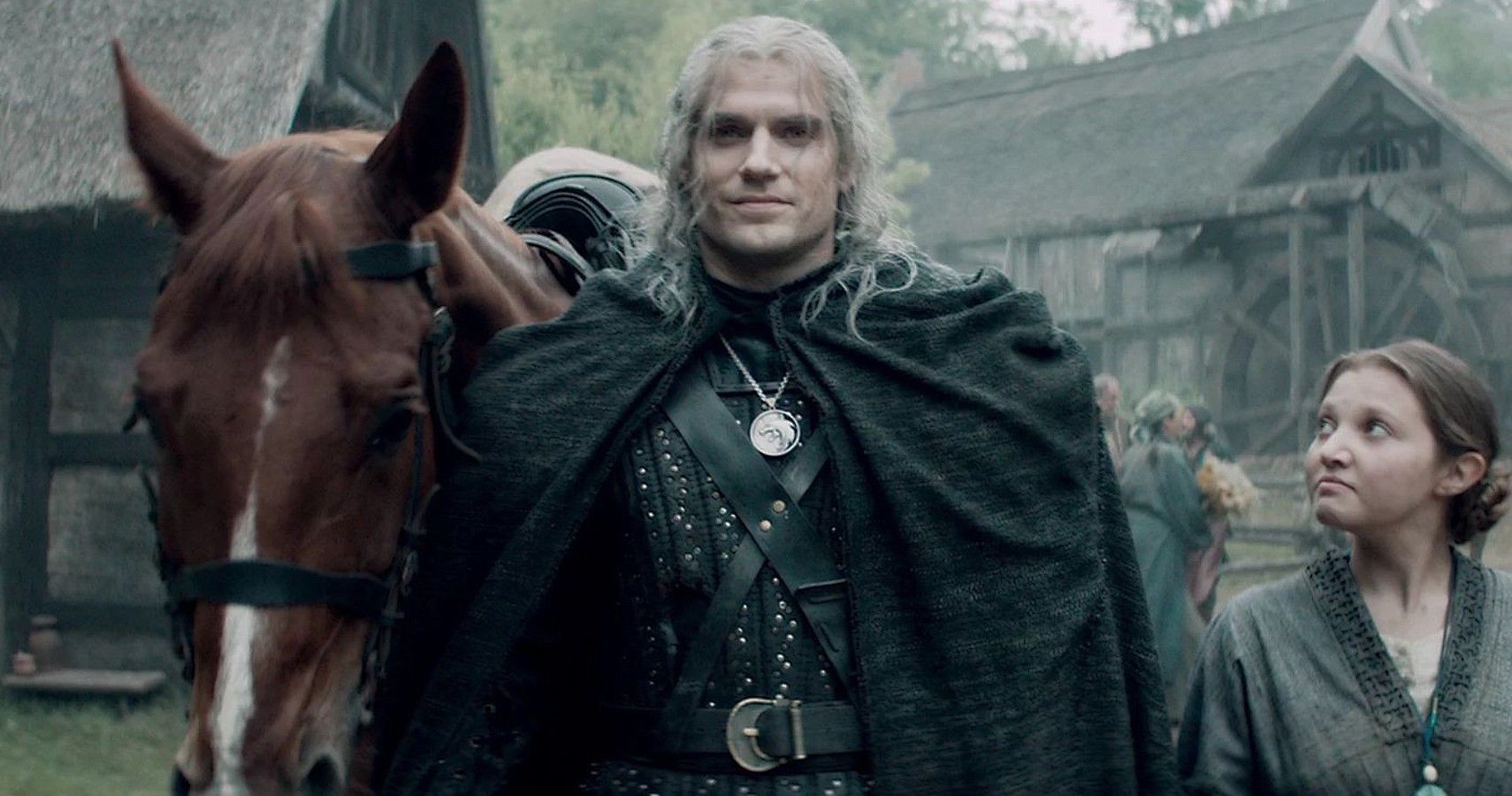