Whenever I think of any piece of Mars-related media, it usually involves us heading there in hopes of terraforming the planet and creating a new colony. Yet, these stories typically involve horrible monsters and evil Martians hiding underneath the surface that begin killing as many humans as possible. I’m sure that’s not the case in reality, but I’ll be damned if science fiction hasn’t painted the red planet as a glorified death trap in just about every book, film, or video game.

Red Solstice 2: Survivor is another example of this trend as it depicts Mars as a hellscape littered with mutated alien zombies. The solution to this problem is to send an elite squad of beefy space marines to take out as many freaks as possible and make the planet somewhat hospitable. It’s a premise that’s been repeated several times over, which suits Red Solstice 2 well as it’s about as repetitive as a strategy game can get. 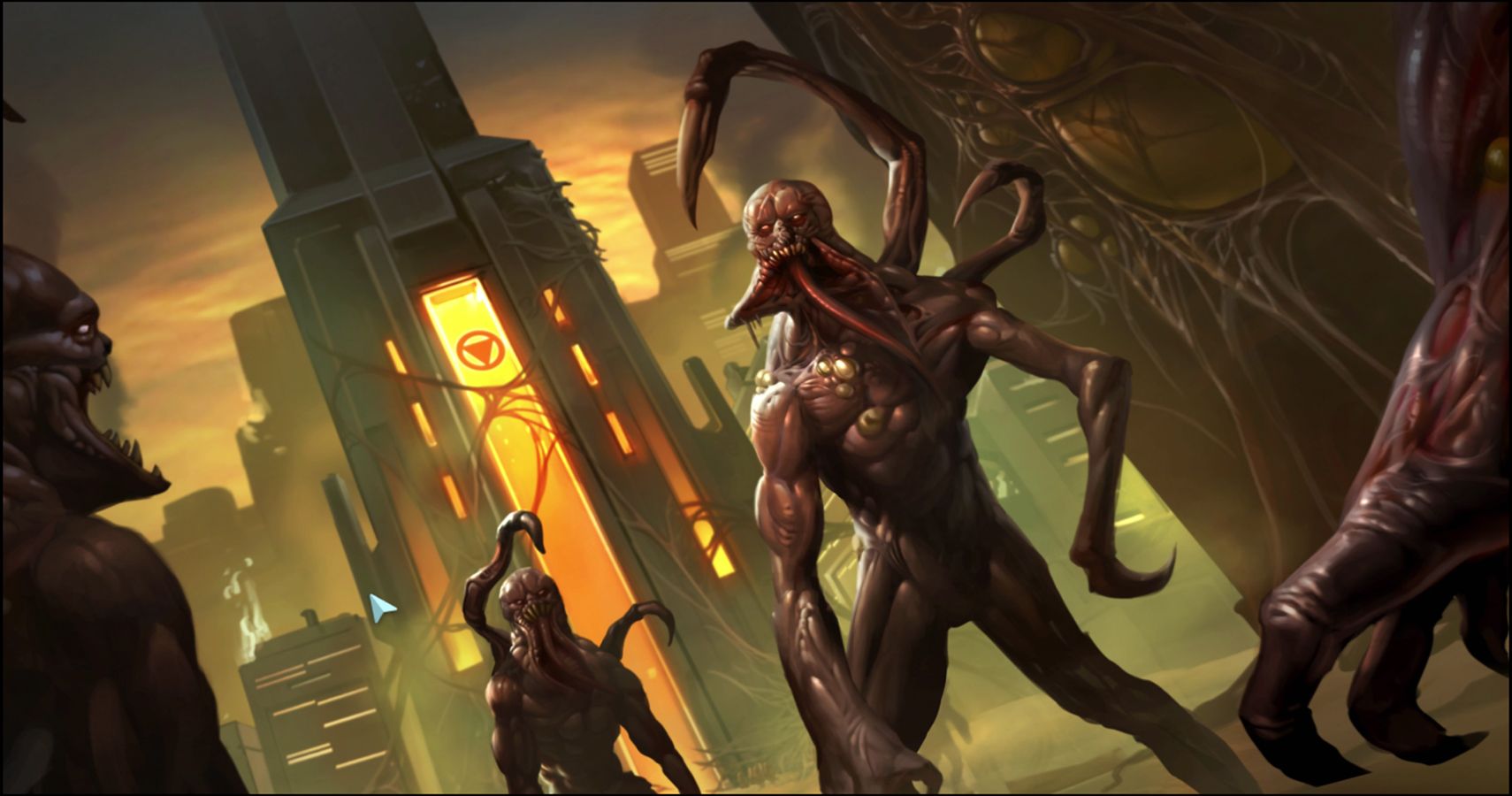 You play as The Executor, a silent brute who is seemingly in charge of the entire operation to exterminate mutated monsters created by the STROL virus. You’re tasked with fighting back against the mutant hordes and re-establishing some semblance of civilization on Mars. Along the way, you’ll recruit new soldiers, build new bases, and research a way to deal with the STROL virus. Also, you will shoot many pink fleshy mutants and kick open many doors.

Nothing about Red Solstice 2’s narrative is particularly memorable. You just load into mission after mission while an A.I. voice tells you what to do. There’s little reason to care about what’s happening, which isn’t helped by the fact that the game literally tells you that every soldier is expendable. In XCOM, you can build your own stories around units and their relationships, and when they die it can be heart-breaking. Here, a unit’s death was met with apathy as soldiers are a dime a dozen.

The visuals didn’t do much to assuage my apathetic feelings. Everyone is just a different colored space soldier wearing armor that looks like it was lifted from stolen concept art from Bungie. The mutants look like your standard sci-fi monsters that are either some form of clawed or tentacled zombie, inside-out dog, giant bug, or whatever else. There is a good variety of mutants to fight, but very few of their designs are interesting enough to remember. As for the planet itself, it’s just an endless sprawl of dark, burning, ruined cities or desert landscapes with pulsating alien vines and plenty of army bases, research labs, and other buildings for you to blast mutants in. The game itself looks fine in motion, but nothing about the art direction left much of an impression.

Red Solstice 2 seems to take heavy inspiration from XCOM. There’s an infestation meter that goes up when you fail missions, which is similar to the way the threat meter would go up in XCOM. You have a command center where you research new technology, which allows you to create new weapons, items, outposts, or tech that is used in story missions. Time is a factor as it determines how long you have to accomplish goals, reach new locations, or finish your research and building projects.

Where it differs from XCOM is the combat system. While Red Solstice 2 does have some tactical options, this is more of an RTS than a straight-up tactics game. You direct your squad across a map towards whatever your mission objective happens to be. Sometimes you’ll be rescuing soldiers, clearing out mutant hordes, gathering intel, and other goals that will assist you in destroying the STROL mutants. You can choose to engage the enemy by either manually shooting them – which does more damage – or switching to overwatch mode and letting your team automatically target incoming monsters. You’ll gain access to new abilities for you and your squad as you level up by massacring large swarms of gross baddies. 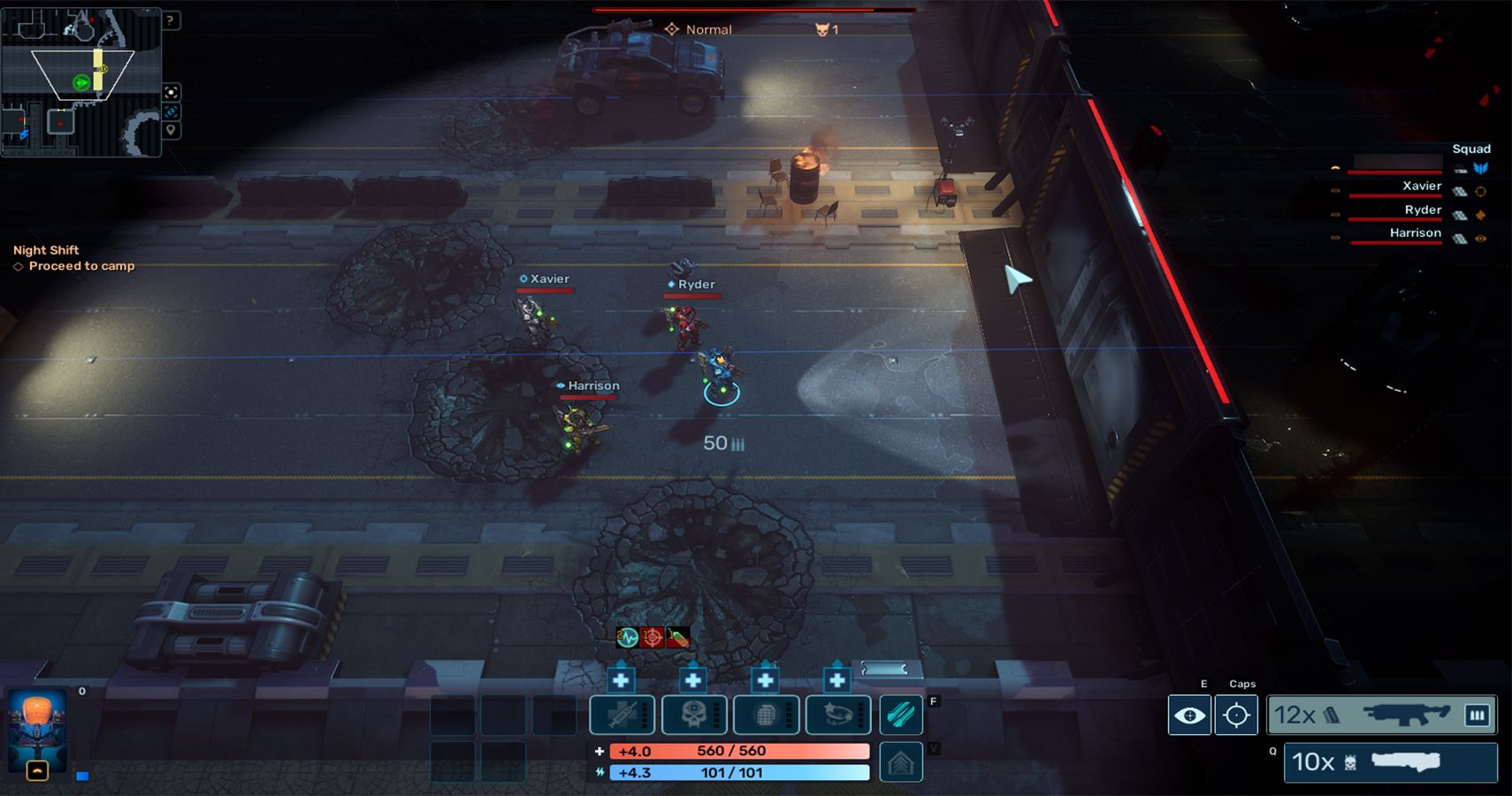 Over the course of the game, I found myself growing increasingly bored with the way Red Solstice 2’s missions played out. Most of them had you follow an arrow towards an objective, which usually led you to a big fight or a door that needed to be opened. The battles didn’t feel like they required an awful lot of strategy. I just clicked on the enemies until they were dead and occasionally used an item or ability. Items and abilities didn’t seem to drastically change the core combat since putting my squad into overwatch mode or just clicking the hell out of my mouse was good enough to win most fights. Unless we got overwhelmed by a mutant horde, which seemed to happen very suddenly at random intervals.

The combat can get pretty dull as well. In most RTS games I’ve played, you get to control multiple units that have different functions. But here, it doesn’t seem like you have much control over your A.I. squadmates as you only have a limited command wheel to order them around. They all have abilities of their own, yet I didn’t have the option to tell them when to use them. They just blindly followed me and fired their weapons. Thankfully, they were proficient at killing mutants on their own, but it made me feel like I was just along for the ride rather than the guy in charge. Perhaps only controlling one unit would have fine if the gameplay was more engaging, but it’s mostly all about pointing your cursor at mutants and clicking away until they’re dead.

I had a hard time figuring out how to actually get anything done. The tutorial teaches you the basics of being The Executor, but a lot of gameplay elements aren’t explained well. Sometimes I didn’t know how to progress the story campaign or how to use a new item I had unlocked. I got halfway into the game before I even realized there was a way to give my squad commands.

Navigation is also an issue. That arrow that shows you the location of the mission objective only points towards where you’re supposed to go. It doesn’t tell you how to get there. So there were many situations where I would follow the arrow and wind up at an impassable fence or blast door. Then I’d have to trudge all around the level – which can be quite large – looking for a way forward. There is a map to consult, but it doesn’t always account for objects blocking your path.

It’s possible I would have enjoyed Red Solstice 2 more if I had actual human squadmates to play it with. You can enlist up to 7 other players to have a full 8-person team to fight off mutants. That would certainly eliminate the issue of not being able to adequately control my A.I. squadmates, but unfortunately, I had no one to play this with. However, considering how tedious I found the single-player campaign to be, I doubt playing with friends would have improved my experience much. 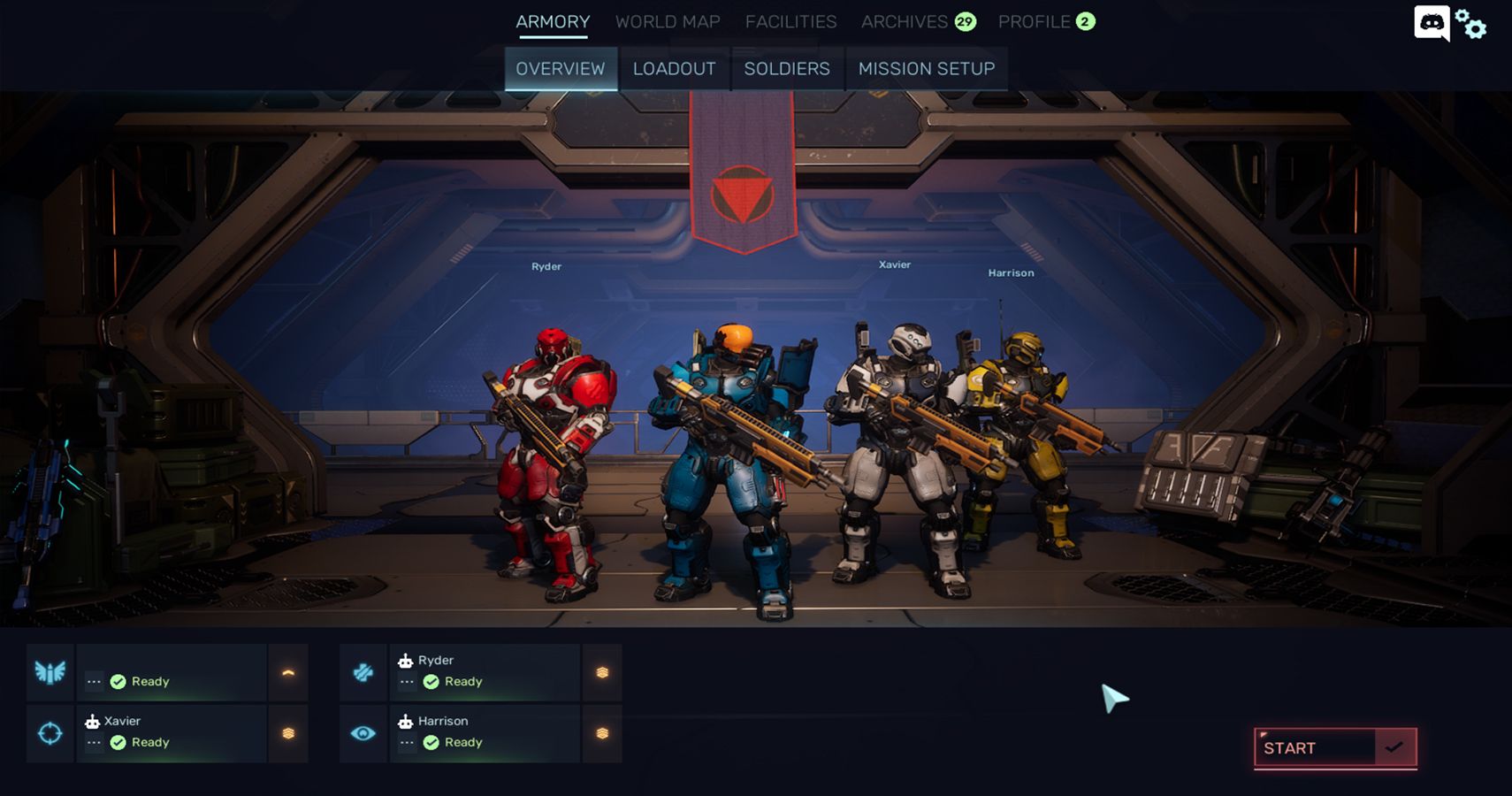 With how much emphasis Red Solstice 2 puts on its combat, I almost wonder if this would have been a better game if it was a different genre. Had this been a twin-stick shooter or some other more action-oriented genre along with the XCOM-esque research and base-building, it could have been something more enjoyable. As it is, I found it to be far too repetitive. The strategy aspect feels underdeveloped as combat is just a series of mouse clicks and your squad is made up of bots who are only adept at firing their guns and sporadically healing you. Co-op could make it more fun, but I’m honestly not sure if this campaign would be enough to keep you and 7 of your friends invested.

If you enjoyed the first Red Solstice game, then perhaps this will be a satisfying sequel that continues the saga. But unless you got a bunch of buddies who are all itching to furiously click mutated aliens to death, you’ll probably have a better time loading up another game of XCOM than trying to survive in the Martian wasteland of Red Solstice 2.