A few years ago at Respawn Entertainment, developer Stig Asmussen assembled a small team to make a third-person action game, which is pretty much exactly what you’d expect from someone who played an integral part in creating the God of War franchise.

We saw what that project became at EA Play 2019. Star Wars Jedi: Fallen Order is more or less what any Star Wars fan might expect, too — adorable droids, telekinetic Force powers, gleaming lightsabers, slumping stormtroopers — with a camera hovering behind a Jedi’s back.

What we didn’t see was the multi-year collaboration, a sometimes uneasy relationship between Respawn and Lucasfilm, forged to create a game where the most basic elements click into a canonical story. Star Wars Jedi: Fallen Order will be as truthful as, say, the events in The Force Awakens.

“From the very beginning,” Asmussen told Polygon, “we wanted [Fallen Order] to be canon because it’s a story-based, single-player game, and we felt like that we could make something that was really strong and that matters. That made the game more challenging to make because … it has to be scrutinized at an extra level to make sure that it fits with everything.” 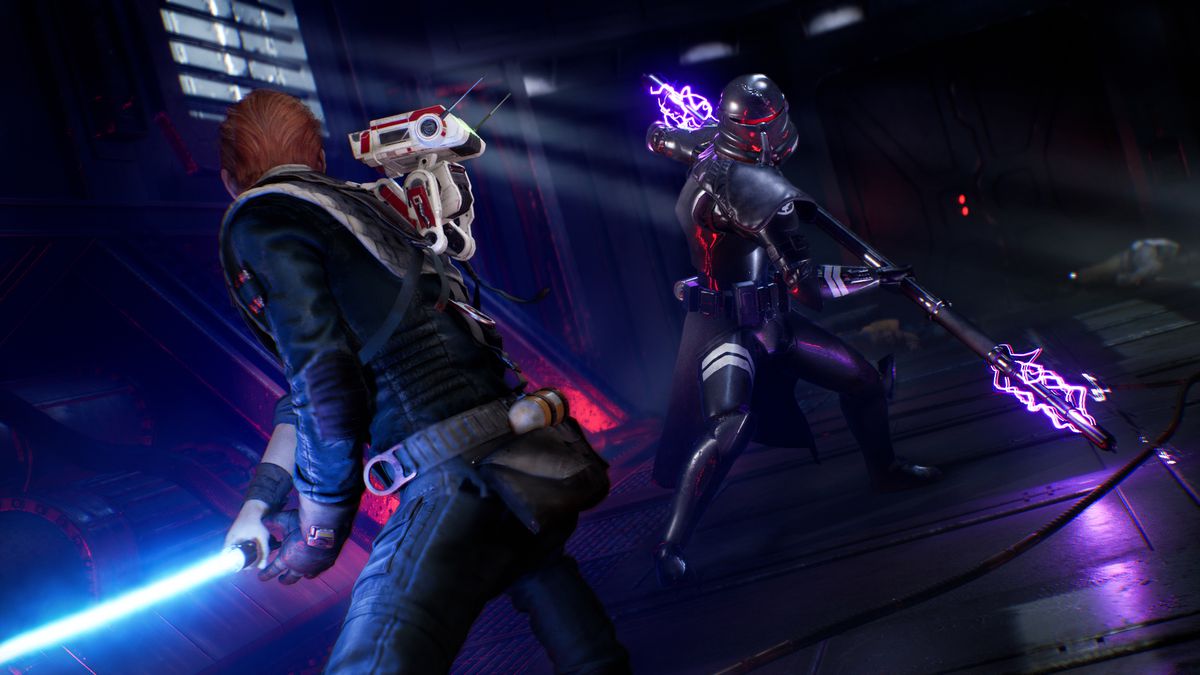 Even for the big Star Wars fans at Respawn, development involved a lot of education and, occasionally, a little head-butting. The company couldn’t just come up with cool gameplay ideas and run with them. It had to justify and earn things as fundamental as lightsabers and Jedi.

“There really are rules to Star Wars,” he said. “And everybody kind of has their own perception of what it is, as a fan. But when you really get working at it, you need to do something that’s faithful, that doesn’t trample on other things. It’s definitely a learning process.”

According to Asmussen, Lucasfilm serves as something like an appraiser of ideas. The developers design, and then they have discussions with the protectors and keepers of Star Wars lore.

Respawn’s education goes back to the earliest stages of the project. Turns out you can’t just throw laser swords into a game, brand your hero a Jedi, and make cool stuff. You have to create everything in relationship to the entire Star Wars universe.

“In the beginning we were saying, ‘Yeah, we want to do all this stuff!’ They’re like, ‘No, you actually have to earn this.’ Not only did we need to earn the respect that we were going to make something that was faithful, but we had to earn concepts that we wanted or were ownable enough that they belonged in Star Wars.”

Owning those concepts was one of the first points of contention. Lucasfilm was initially interested in a game that wasn’t about the most iconic Star Wars weapons and character classes. But that was at odds with Asmussen’s vision — and his team’s abilities.

“The team that I built was all third-person action adventure,” Asmussen said. “That was kind of what they did. And when we signed the Star Wars deal, we’re like, ‘Yeah, we’re going to make a game with lightsabers!’ And the first meeting I had with Lucasfilm, they were more interested in us making a game with smugglers or something that wasn’t Jedi-focused. And it’s because Jedi are essentially the holy grail.”

If Respawn wanted to make a Jedi game, they had to convince Lucasfilm first. In those early days, Asmussen’s God of War pedigree cut both ways.

“They knew that I had a background and God of War, and several of the members of the team [also] did. I don’t know if they were afraid that we’re going to try to turn this into God of Star Wars or something like that. But we had to prove to them that we could make something that earned that honor.” 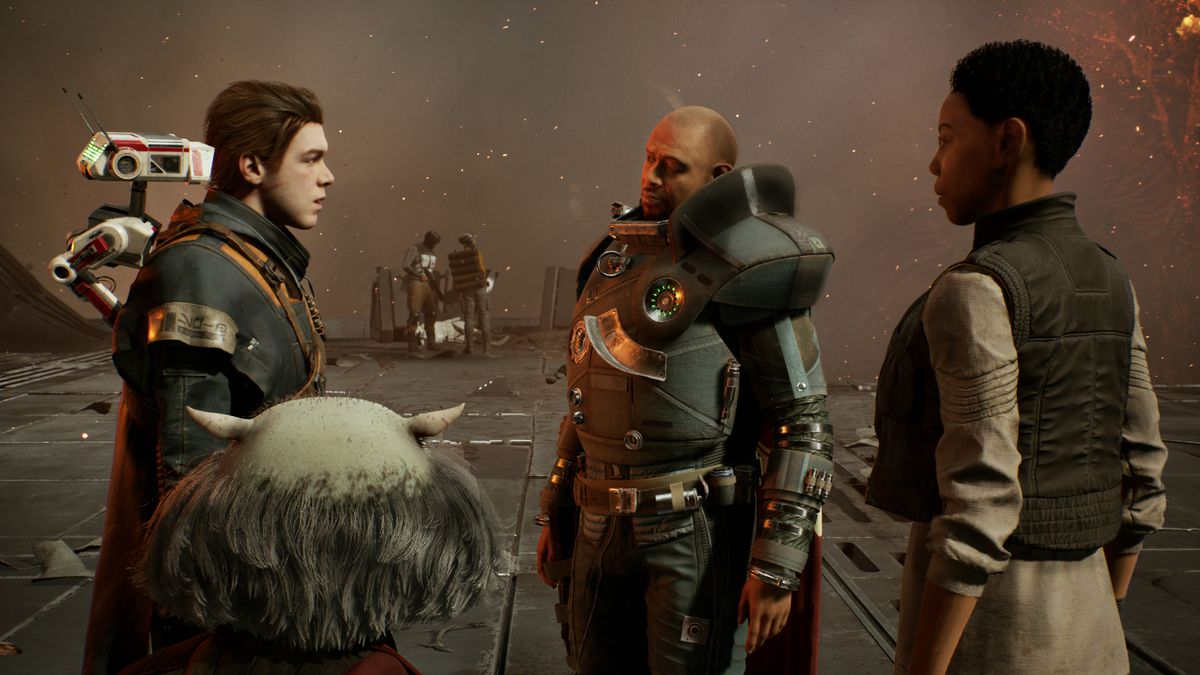 At first, Asmussen said, Lucasfilm had a different kind of game in mind, thinking it might be about “smugglers or bounty hunters or something like that.”

“I was like, ‘Look: That’s not my background. I don’t know how to make a third-person shooter. That’s what we’re talking about, right? I mean, my team’s not designed to do that. I think you guys would be a lot happier with the product that we make if it included lightsabers.’”

That became the template for the relationship between the two companies — a bit of back and forth that evolved into a collaboration.

“They don’t say yes or no,” he said of Lucasfilm. “It’s more kind of like, ‘Hey, how can we work together to make this work with Star Wars?’ And that’s a process that we developed together over time — just building a relationship, building respect with one another. And I’ll be honest with you: It hasn’t always been the easiest relationship, but it’s never been better than it is right now. Over the last year and a half, two years, we’ve really learned how to work together very well. They’re part of the team.”

In fact, Asmussen said, he’s felt as much like an employee of Lucasfilm as he has Respawn, since creating a canonical Star Wars game is all he’s been working on for the last three years.

From the game’s earliest days, Asmussen and his team knew the kind of Star Wars game they wanted to make. Lucasfilm had a different initial vision, but they worked together to make something new and keep it canonical.

“The conversation went further and it got to the point where they’re like, ‘OK, Force users, not Jedi. Let’s talk about a game with a force-user that has a lightsaber.’ And here we are, several years later, and the name of the game [has] Jedi.”

You’ll be able to play that collaboration on Nov. 15, 2019, when Star Wars Jedi: Fallen Order arrives on PlayStation 4, Xbox One, and Windows PC.