Keiichiro Toyama has been making games for almost 30 years. He began his career as a graphic designer on Hideo Kojima's cyberpunk visual novel Snatcher, before making his directorial debut in 1999 with the original Silent Hill—which he also wrote. All the stuff you love about Silent Hill? This guy created it. Further illustrating his talents, in all those years he hasn't made a single bad game, which is a hell of a track record. The list of games he's directed is a lot shorter than some other renowned developers, but it's all killer, no filler.

Silent Hill speaks for itself. Toyama was instrumental in the design, conception, and direction of this horror classic. He wasn't even a fan of the genre, but loved David Lynch movies, UFOs, and the occult, which explains why it stood out—and still does—from other horror video games. Toyama insisted the story be vague and even contradictory, to obscure its meaning and give players a fear of the unknown—which is very much in the spirit of the Lynch films that inspired him. Silent Hill makes you work to solve its mysteries.

Toyama left Konami in 1999, not long after the launch of Silent Hill, and joined Sony Japan Studio to write and direct a new horror game called Siren. This is every bit as imaginative, subversive, and terrifying as his previous game, with a deeply sinister atmosphere and a unique 'sightjacking' mechanic that lets you look through the bloody eyes of its enemies, the nightmarish Shibito. Siren isn't as influential or well known as Silent Hill, but it's developed a cult following over the years and is recognised as a horror classic in its own right.

Toyama wrote and directed two more Siren games, before surprising us all with something completely different in 2012. Gravity Rush is a beautiful, physics-defying action game set in a vivid world influenced by French artist Jean 'Moebius' Giraud. Hero Kat can manipulate gravity, letting her fly through the air and walk on walls. Having earned a reputation as a horror director, Toyama made Gravity Rush partly to prove that he could work just as successfully in other genres—and to his credit, he did just that.

Gravity Rush and its sequel were both great, and evidence that Toyama is more than just That Horror Guy. But I'm delighted that his next game is a return to the genre that made his name. Revealed at The Game Awards, Slitterhead is the first project by Bokeh Game Studio—a new team founded by Toyama, which also includes Siren series veterans Junya Okura and Kazunobu Sato. The director says the new game is inspired by the films of Hong Kong cinema legends Wong Kar-wai and Fruit Chan, and will be "a new kind of horror" focusing, intriguingly, on the idea of "everyday life being shaken."

True to Toyama's philosophy of keeping his cards close to his chest, the new Slitterhead teaser trailer is appropriately strange and disjointed. We see a man walking down a dark alleyway being approached by a woman. She seems to flirt with him, but then her face splits apart and she mutates into a shrieking, insect-like monster straight out of The Thing. After this, a rapid series of uncanny images: police officers fighting the same type of creature, someone forging a weapon out of blood, and a man's eyes turning white as he's possessed. 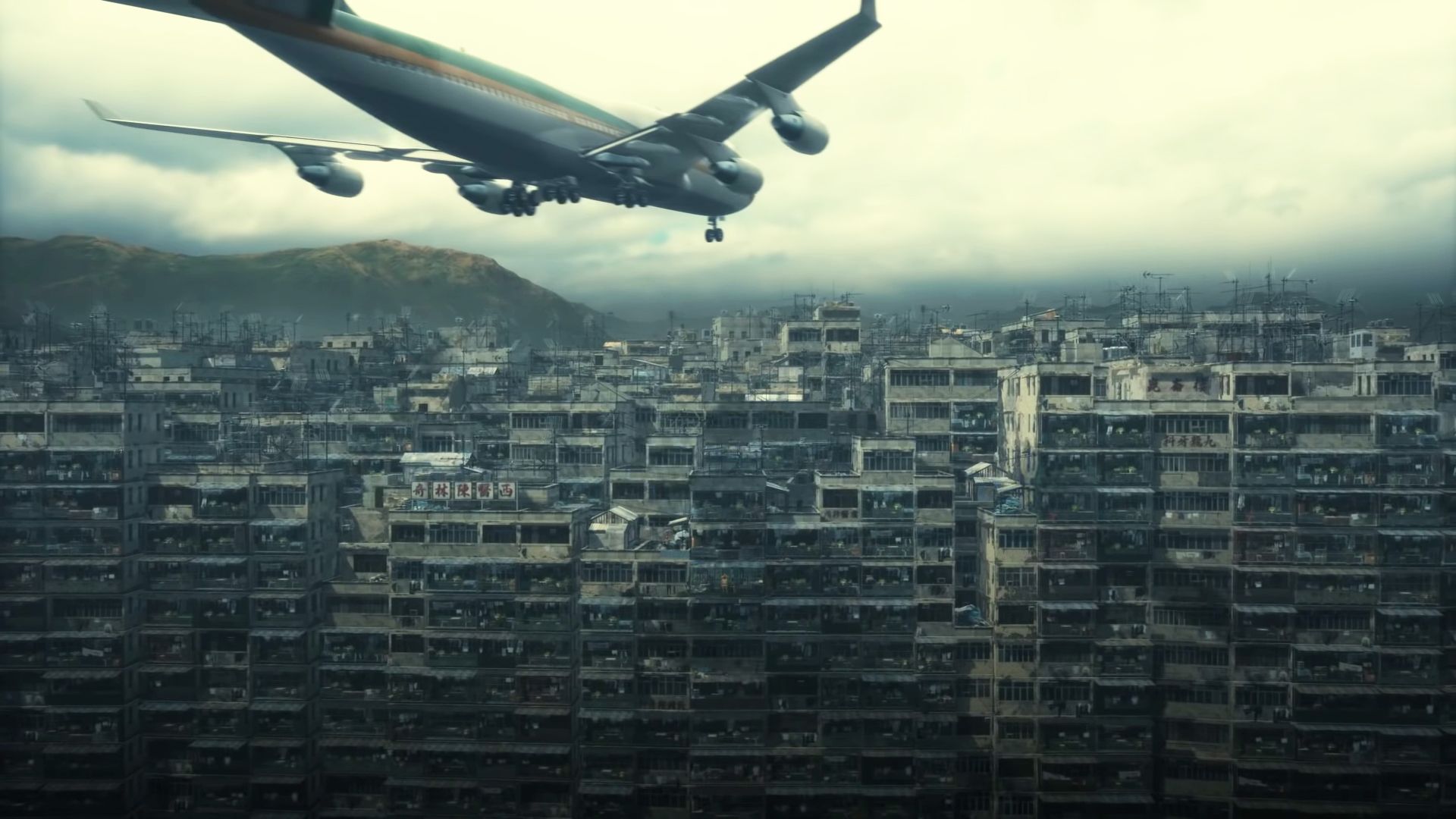 The final shot of the trailer is the most evocative, showing a passenger plane flying low over a densely packed tower block that is reminiscent of the infamous Kowloon Walled City. If the game is set here, or some fictionalised version of it, it's the perfect location for a horror game. The camera zooms into a balcony, where we see a figure with a disgusting teeth-filled mouth for a head. The creature folds in on itself, its tongue slithering away, revealing a woman's smiling face, then a cut to black. I have no idea what's going on, but I love it.

Okay, so it's an incredibly brief teaser. We don't know anything yet about how the game actually plays. But Toyama directing a new horror game, possibly set in Kowloon Walled City, inspired by Wong Kar-wai, and with music by Silent Hill composer/sound designer Akira Yamaoka is enough to get me excited. With Silent Hill and Siren, Toyama rewrote the rules of what a horror game could be, and I'm thrilled by the prospect of him and his team finding new and imaginative ways to scare the shit out of me in Slitterhead.