Even though I’ve only won two matches after playing non-stop for three days straight, I can’t seem to tear myself away from Spellbreak. The game is unforgivingly difficult, forcing players to wage magical warfare with an intensity not seen in other battle royales, and no matter how terrible of a player you are, it has a way of making you feel like the most powerful Vowbreaker in all the Hollow Lands. There are a few issues that need to be fixed as the game ages, but it’s clear that Spellbreak is well-equipped to duke it out with the genre heavyweights. 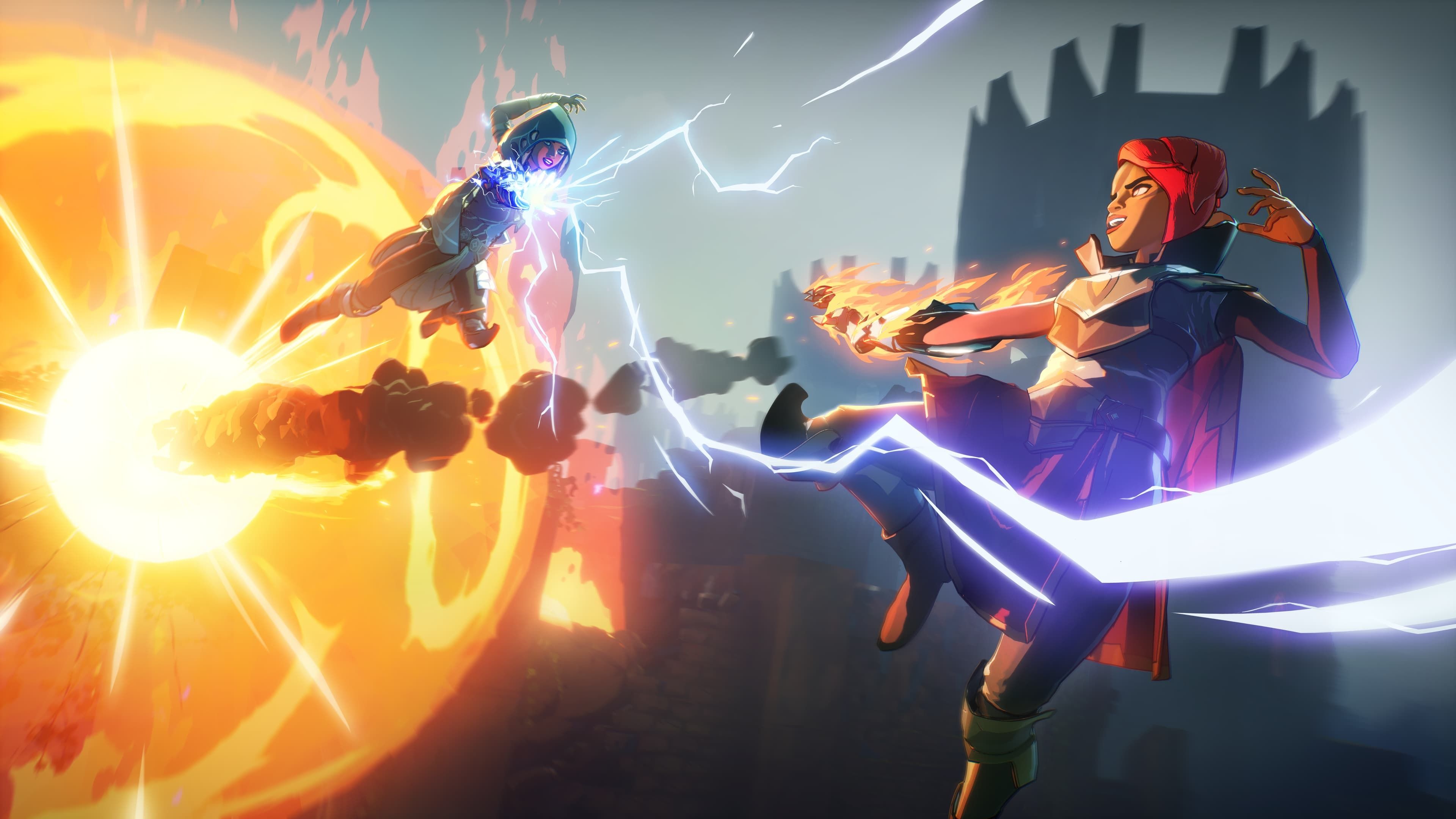 Spellbreak plays like most other battle royales. You’ll pick one of six starting classes, drop into a massive battlefield, then scour your surroundings for upgrades before engaging with your opponents. The class you choose prior to battle is important, as it determines which Gauntlet you’ll start the match with. Gauntlets replace guns in Spellbreak, and each of the six will grant you two unique abilities – one is a primary attack that slowly drains your mana, while the other is a powerful Sorcery and is tied to a cooldown bar. Each class caters to a unique playstyle, and it’s worth your time to experiment and find one that works best for you.

Runes, Amulets, Belts, and Boots make up the rest of your gear, and they each play a pivotal role in improving your stats. Better Boots equals faster movement, better Amulets means more Mana, Belts provide you with a shield, and Runes give you unique abilities such as teleportation or spotting your enemy through walls. You’ll also stumble upon powerful Gauntlets on the map that can replace your starter, and you can even equip a second Gauntlet to your offhand, giving you four attacks to draw upon during the heat of battle.

Better yet, these attacks can be combined to perform devastating combinations. For example, if I hit my teammate’s tornado with a fireball, I can turn it into a twisting inferno that deals fire damage to everyone it touches. It’s an incredible system – bolstered by a whimsical art style that’s always easy on the eyes – that encourages experimentation and teamwork. Stumbling upon a random squad then decimating them with a well-coordinated attack is always a blast.

If your targets manage to survive the initial assault, the battle evolves into a frenetic shootout that perfectly showcases the game’s particle system. Vivid green clouds of poison, hellish red firewalls, and chilling blue lightning bolts will pockmark the battlefield as Vowbreakers unleash their magic. Spellbreak rewards you for constantly being on the move, turning skirmishes into elaborate dances that paint the dreary world as they rage on. You’ll be levitating up to the high ground, teleporting to better vantage points, and combining spells with your teammates for several minutes before the frenzy rises to a crescendo.

The combat system in Spellbreak is unlike anything else on the market and needs to be experienced firsthand to be appreciated. One of the most interesting aspects is the leveling system, which gives you new passive abilities as you progress through a round. Every time you outrun the storm and reach the next circle, you’ll gain a small boost to your skills – some Gauntlets might now cast more powerful spells, or you’ll become immune to your own attacks. These small tweaks keep things interesting as you progress through the match and can lead to some truly breathtaking battles in the final circle.

However, in between these tense shootouts, there’s a bit of a lull, as the map is a tad large to accommodate the 42-player capacity of Squads, and both Solos and Duos are unavailable at launch. Of course, all that extra space is a blessing during combat – giving you the freedom to move about and plan your attacks – but creates lengthy gaps between the action. Even though there’s a lot of loot to be had in Spellbreak, you can only open so many chests before you want to jump back into the fray.

What Am I Fighting For? 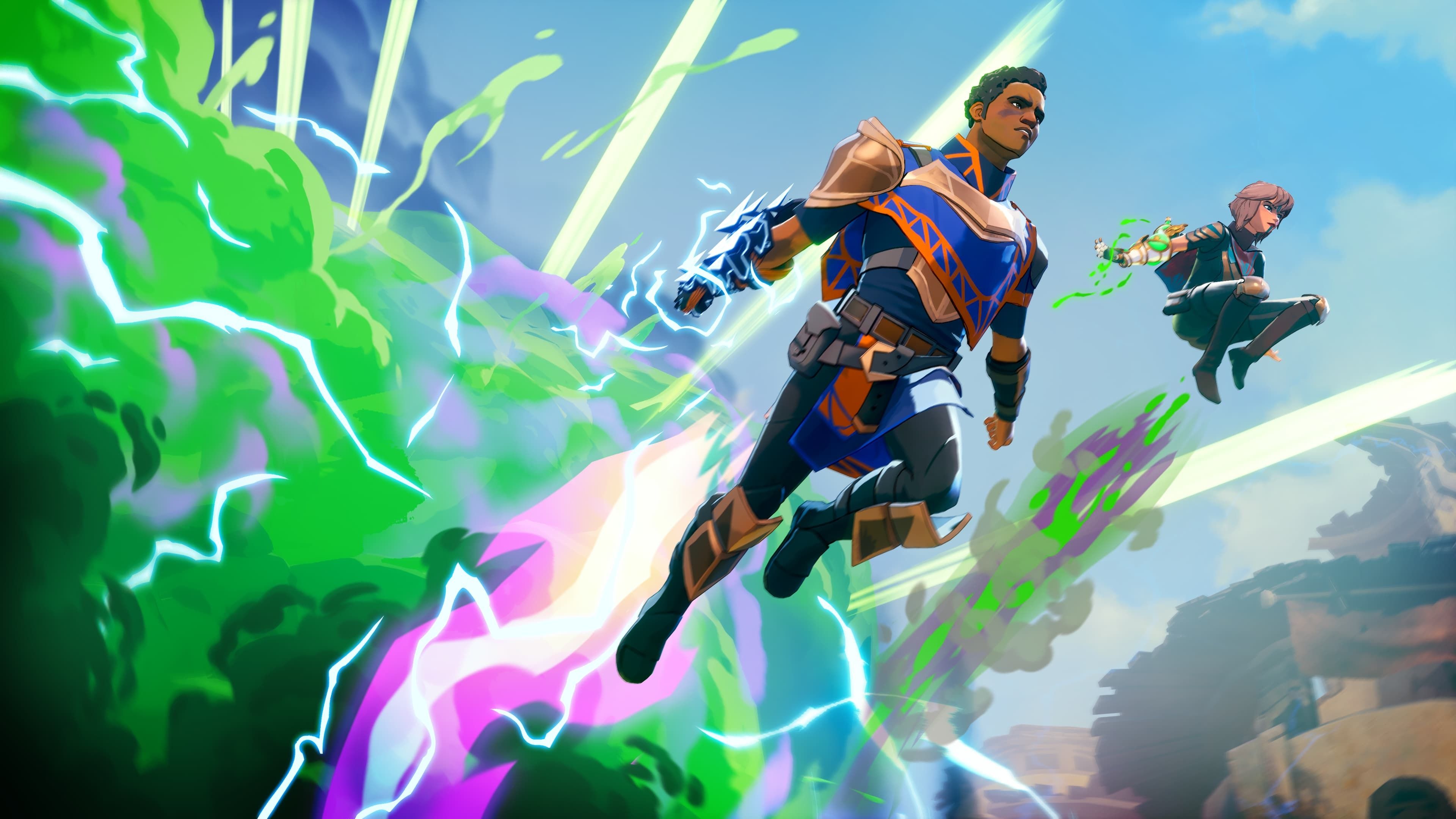 As fun as the combat is, Spellbreak doesn’t give you much of an incentive to keep coming back for more. There’s a deep progression system in place that allows you to upgrade your overall Mage level to 100, as well as each of the six classes to 20, but the rewards for them are mediocre at best. Most are low-effort icons and banners for your character, along with a bit of in-game cash to use in the marketplace. As a free-to-play title, I expected there to be a lot of choices when it came to microtransactions, but there are only a few cosmetic options to choose from that cycle out on a regular basis.

There are also several Talents you can earn as you level up that are reminiscent of Perks in the Call of Duty series, but I’m not sure if that’s enough to keep anyone hooked for the long haul. A Chapter system is in the works – introducing new characters, fleshing out the backstory of Spellbreak, and giving players a reason to keep coming back – but until then, we’re left with few rewards for our efforts.

Here For The Long Haul 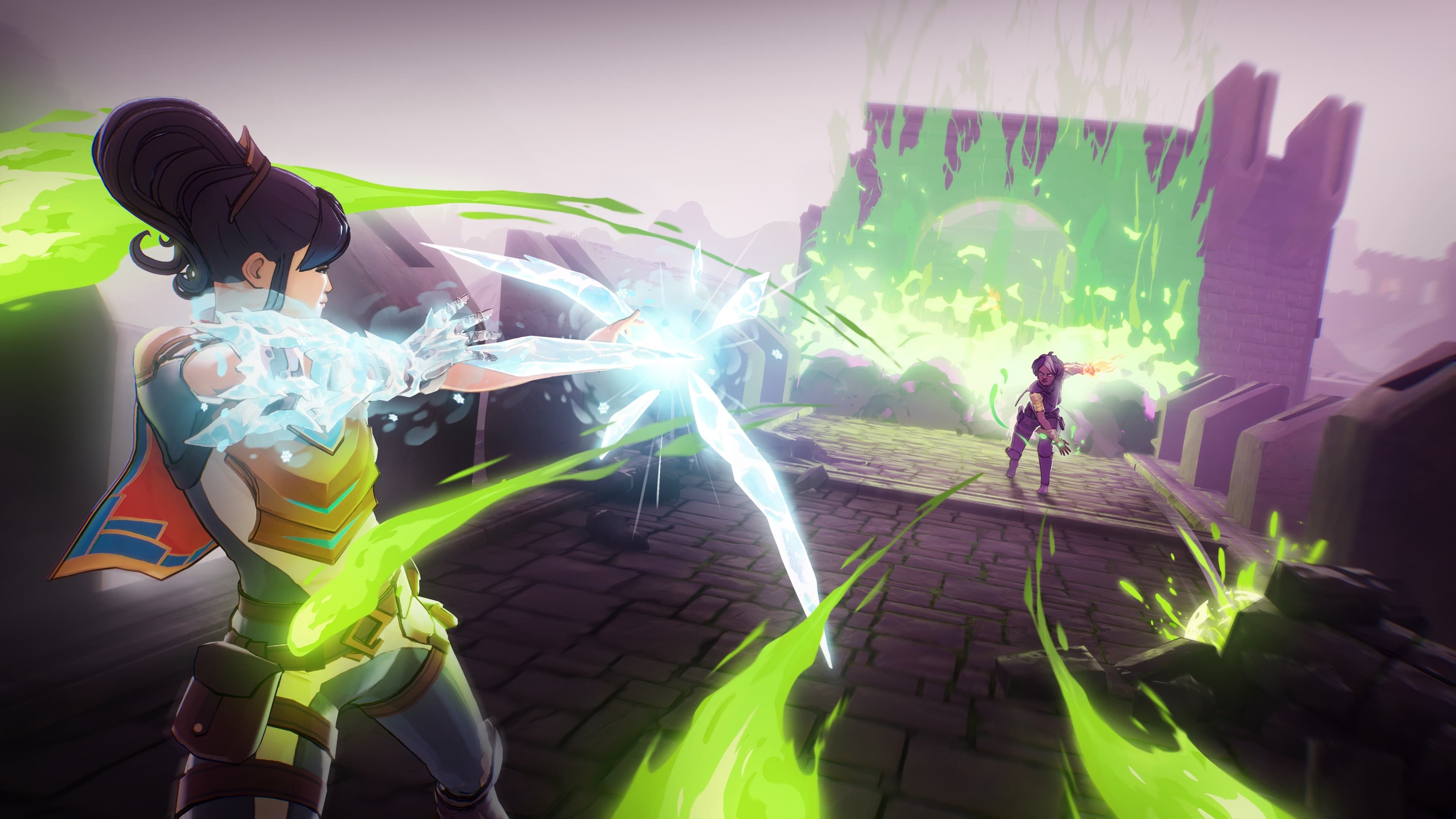 It’s clear that Spellbreak is hoping to become a staple in the battle royale arena. The core aspects are fantastic, but it’s the little things that still need touching up. The audio and sound effects could use a boost, the progression rewards need an adjustment, and the UI is a tad underdeveloped. But the experience of levitating around a huge battlefield and engaging in magical duels is among the best battle royale experiences I’ve ever had.

In fact, the combat is so engaging that I’d often go out of my way to join battles I had no business joining in on – much to the chagrin of my teammates. Landing a deadly lightning strike on your foe, or sending a fiery shockwave through the enemy squad is just too empowering to pass up. Spellbreak has quickly become my go-to battle royale, and I’m excited to see what the future holds for this magical title.

A PC copy of Spellbreak was used by TheGamer for this review. Spellbreak is free-to-play now for PlayStation 4, Nintendo Switch, Xbox One, and PC.