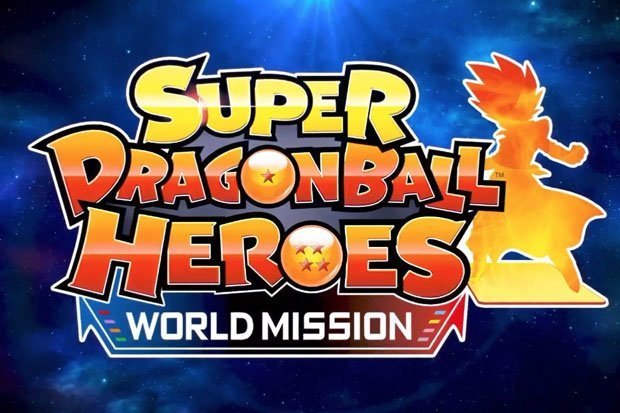 For a series of books and animation that began in 1984, the Dragon Ball franchise has aged remarkably well thanks to iconic characters and a vibrant art-style.

In the past few years, it’s transferred nicely into video games too – Dragon Ball Fighterz was one of 2018’s biggest surprises, while the Xenoverse series of action RPGs have also been very well received over the last generation of consoles. Super Dragon Ball Heroes looks to continue this tradition but does so with a surprising twist.

That twist is that Super Dragon Ball Heroes stands apart by employing a card battling mechanic in its frequently over the top battles.

For a franchise built on the thrill of combat between humans and aliens, fought through the medium of increasingly superhuman martial arts, transposing this to a 7-vs-7 match-up between sets of cards seems an odd fit.

Stranger still is that it works – Super Dragon Ball Heroes has a surprising tactical depth that belies its absolutely insane presentation.

Newcomers to the franchise need not apply for the most part, but anyone with a basic knowledge of Goku, his Kamehameha and the basic character set will feel right at home here.

Each battle feels like a strange combination of Gwent and something akin to Yu-Gi-Oh. Cards are not drawn, instead, your roster of seven fighters is chosen before a battle. Each conforms to one of three card types, and deploying multiple cards of the same type in a single turn can offer bonuses to damage.

Fights are calculated based on the power level of combatants, and moving fighters closer to the enemy team increases their level while also diminishing their stamina.

If their stamina depletes, you’ll need them to sit out a battle or two before they can fight again. Rotating combatants becomes key to success, and certain fighters can offer passive boosts from the support area when they’re out of combat.

The fights themselves are animated well, although not quite as graphically intensive as the comparable Xenoverse series, and quick-time events are employed throughout in order to allow for an advantage in encounters.

In a single match, things can look simply incomprehensible, but played for an hour or two things become clearer.

Completing matches earns the chance to win new cards from a Gacha machine, which feels strangely compelling in an “I don’t want to admit I have a problem yet” kind of way.

The opacity of Super Dragon Ball Heroes isn’t helped by a tutorial that while helpful, glosses over many elements at such a pace before introducing new ones that it can be easy to feel bogged down. The tutorial is replay-able, which helps to somewhat alleviate the stresses of having no idea what just happened in the last battle.

Super Dragon Ball Heroes also feels ideally played on the Nintendo Switch. Battles don’t take much longer than a handful of turns which makes it perfect for a commute.

The game plays well with the joy-cons, but touch screen functionality makes everything feel more tactile – like moving cards around a physical playing field.

With a full campaign mode to get through, as well as an arcade mode which allows players to battle through card-based versions of the anime’s finest conflicts such as the Beerus saga. There are over eleven thousand cards to choose from, and you can even create your own. Oh, and you can play against friends both online and offline.

There is an absolute wealth of content here, and Bandai Namco has really encapsulated everything Dragon Ball in one place – those who have an affinity for the franchise will find so much fan service here.

Super Dragon Ball Heroes World Mission is not for everyone, but if you can push through the tutorial and put in a few hours, it’s a content-rich, bonkers, colourful battler that fans of the franchise will enjoy. Just take note – its power level may vary for those that aren’t deeply rooted in the franchise.