Sephiroth is descending into Super Smash Bros. Ultimate (if you can defeat him in a special challenge). Everyone will have access on December 23, but Smash mastermind Masahiro Sakurai shared a close look at the Final Fantasy villain’s moves, stage, and special properties. So let’s get right to the good stuff and break it down.

On the whole, Sephiroth is a hard-hitting swordfighter with ridiculous range. That giant sword isn’t just for show – many of Sephiroth’s hits and smashes can hit multiple opponents from a safe distance and even behind him when he follows through on his swing. His blade has two sweet spots: the middle and tip for swings, and the tip for thrusts. The drawback is that many of Sephiroth’s strikes have long downtimes, and he’s on the lighter side. So if an opponent manages to close the distance, the long-haired lad is in trouble.

Many Smash fighters have some kind of unique physical property. Sephiroth’s single black wing is his, and it boosts his strength, speed, and gives him a third jump when it’s out. It also lends him super armor for his smashes. The thing is, the wing only comes out when Sephiroth is in danger. Sakurai left this somewhat vague in the video, but it seems that Sephiroth being down stocks and higher in damage make the wing more likely to appear.

Flare is another chargeable projectile, but it does have some major differences than the Samus ball or Robin’s Thunder. Flare travels slowly in a straight line and ends in an explosion. Overall, Flare is slower and more powerful than other energy projectiles. Sephiroth also cannot store the charge, meaning you need to sit through the whole animation to get Gigaflare. 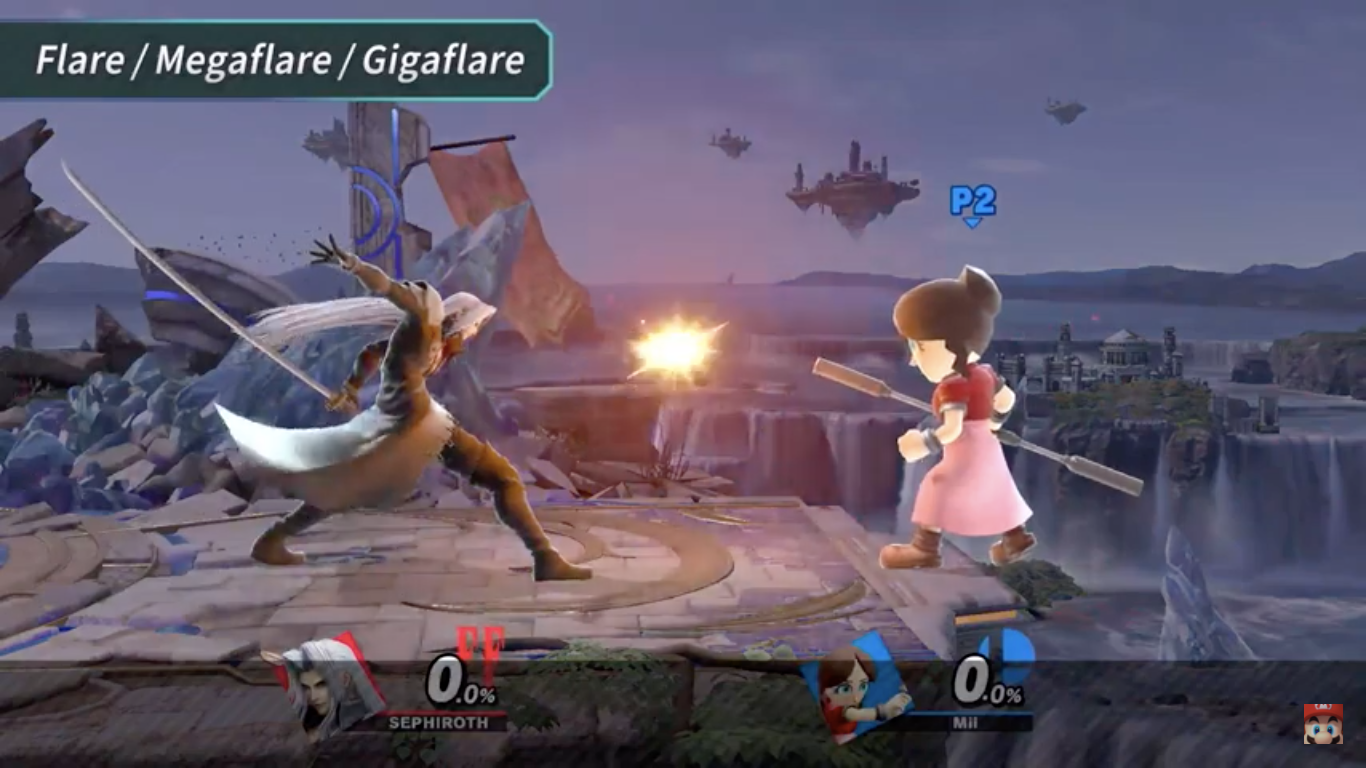 Gigaflare ends in a huge explosion that locks foes in place. Sakurai showed how one might take advantage of this by letting it explode close by and side smashing into the opponent. With this, he was able to KO the foe at 75%.

Side B – Shadow Flare

Sephiroth snaps his fingers to let this projectile go, causing a hit opponent to be circled by a flaming orb. You can charge this to inflict the opponent with up to five of these orbs. After a few seconds, the fireballs will all crash into the opponent. These can be shielded, picked up, and reflected, but their unpredictable trajectory means this move more often than not works to Sephiroth’s advantage.

For the most part, Blade Dash is your standard “fighter zooms in a straight line” move. If you hold the command, Sephiroth ends the dash in a flurry of sword strikes called Octaslash. Octaslash travels farther than Blade Dash, but Blade Dash automatically grabs the ledge. The strategy is pretty straightforward here – Octaslash is great for recovery, and Blade Dash can help you pull off some quick escapes. 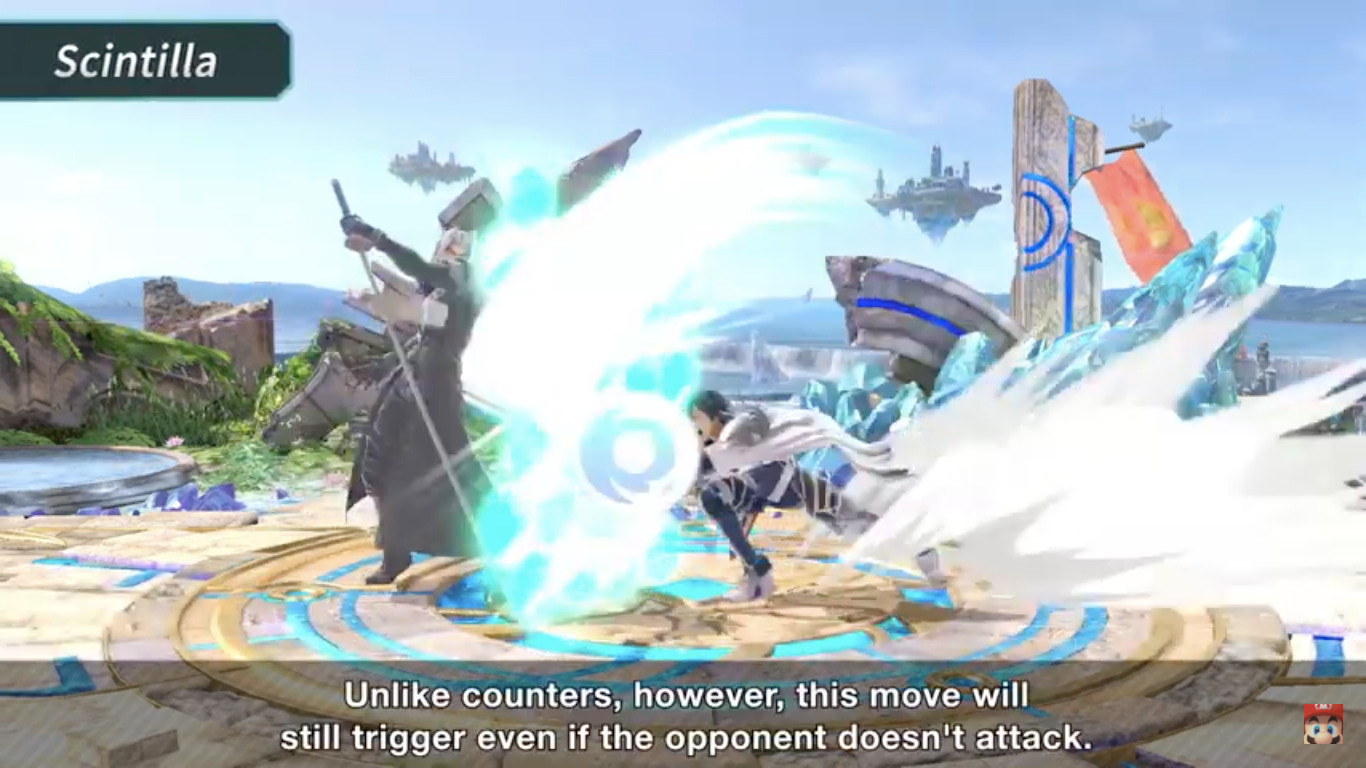 Yep, it’s another counter… sort of. Sephiroth conjures a honeycomb shield in front of him, then dissipates moments later to deal damage. The attack happens whether or not you actually counter something, unlike Marth’s counter. In exchange, Sephiroth’s back is left wide open when you use Scintilla.

The Scintilla shield can be broken by strong attacks like Samus’ charged blast. Sephiroth is still protected when this happens, but he doesn’t get a counterattack. The damage Scintilla’s counter attack deals goes up the more damage it takes. 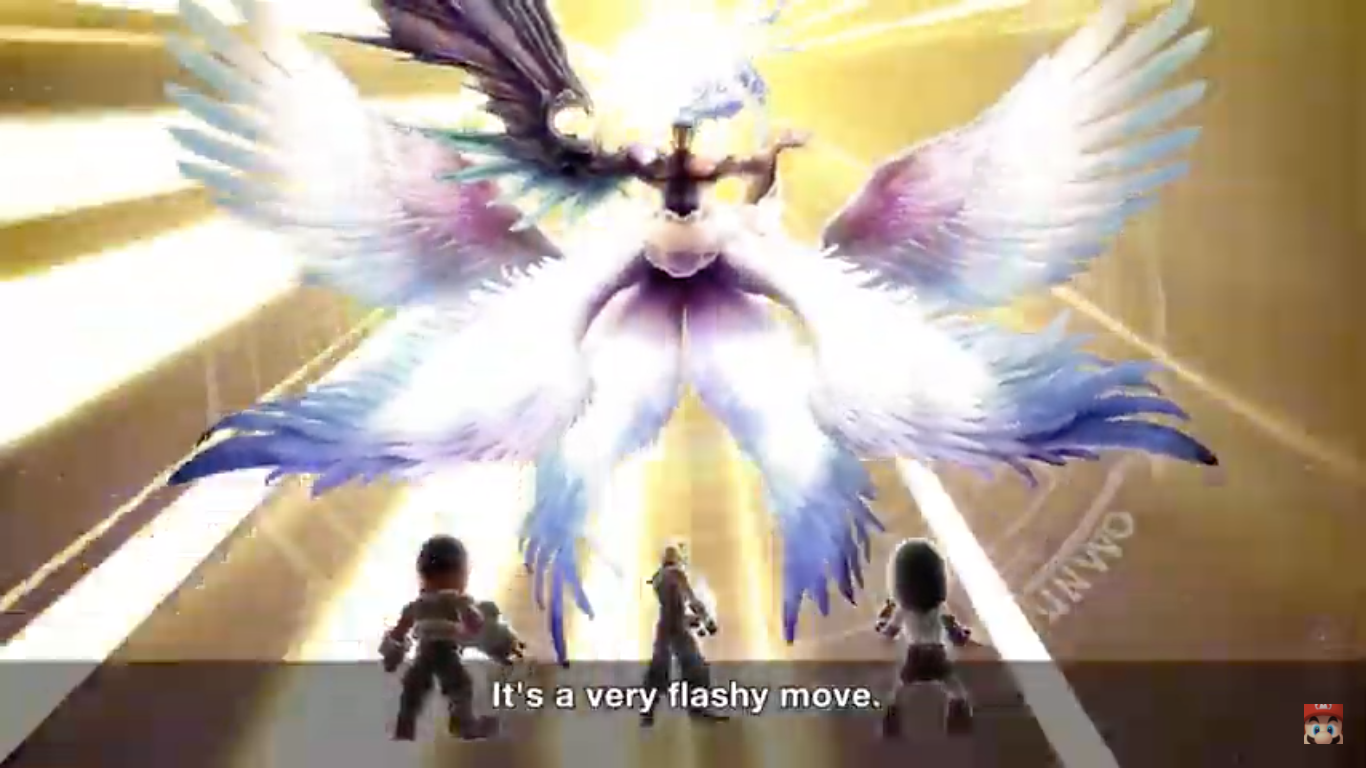 Sephiroth hits opponents and summons a meteor that wipes out the planet, just like in the original game. There’s a cinematic that leads into a huge explosion. You might guess that it launches those caught in the blast, and you’d be mostly right. That’s one of the effects of this Final Smash. However, it can cause other status effects as well. Effects shown in the video included a flower sprout, reversed controls, and a stun.

Sephiroth is available on December 23, provided you bought the DLC. He can also be unlocked early by completing a special battle challenge.

Next: Don’t Jump On The Bandwagon – You Know Fortnite Deserves A Smash Spot 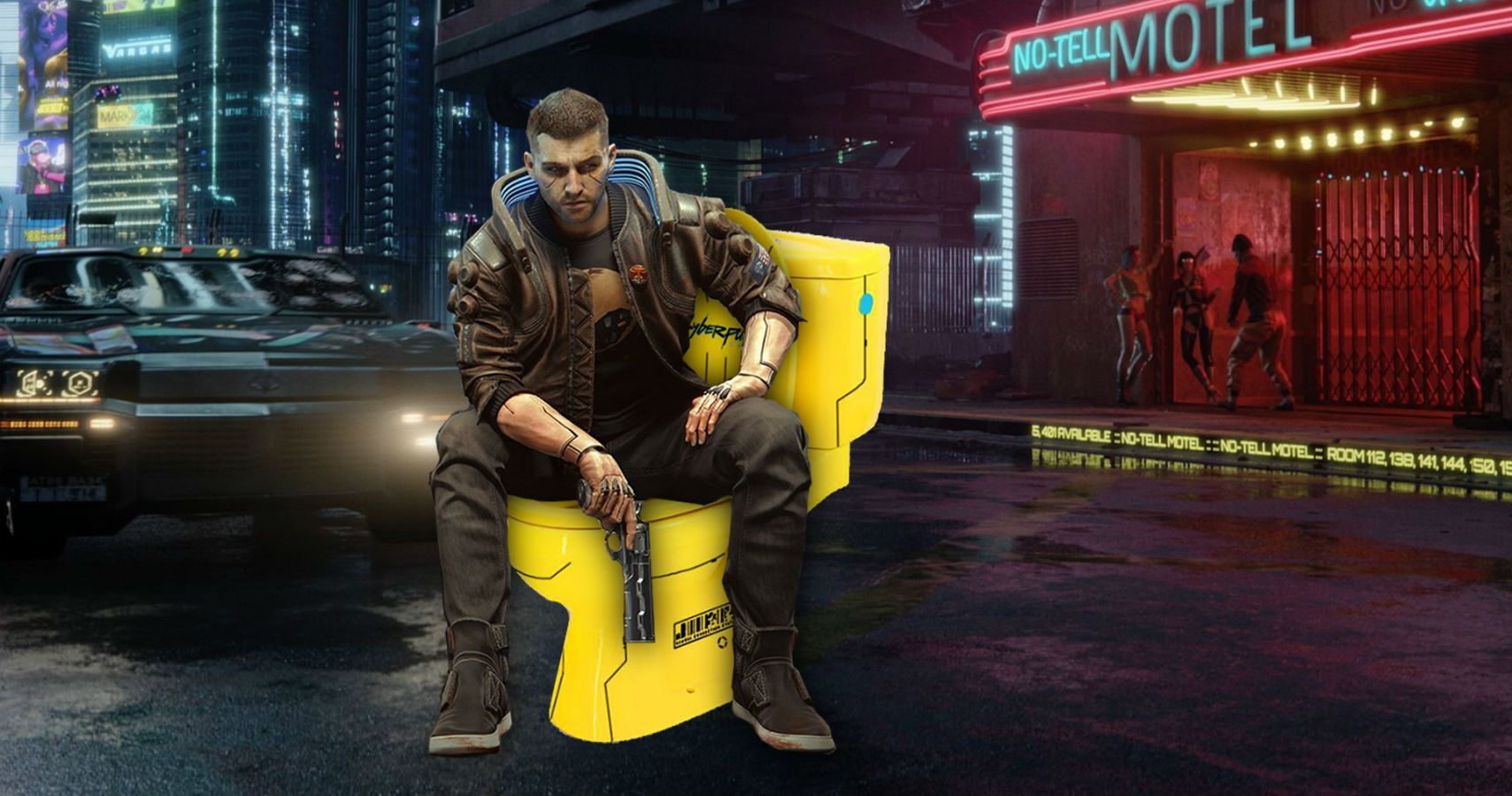