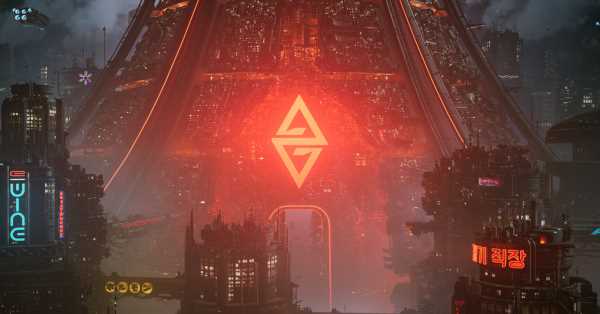 There’s no denying it: The Ascent has style. It’s drenched in neon and thrumming with decay. What’s not coated in chrome is swallowed by rust, and though it draws on the usual cyberpunk influences — Neo-Tokyo, Midgar, dystopian Los Angeles, to name a few — I can’t help getting lost in its singular energy.

Of course, style can go only so far. To quote William Gibson, “When you want to know how things really work, study them when they’re coming apart.” The Ascent frequently comes apart. It’s a collision of genres that, even at its best, can’t decide what it wants to be.

Developer Neon Giant’s twin-stick shooter puts players in the shoes of an indentured servant seeking freedom through a litany of jobs from slumlords, hackers, and corporate suits. As the title implies, these quests bring you higher in the tiered city of Veles as you take on more important gigs. You gather new armor, weapons, and cybernetic combat abilities, which you then deploy in frenetic, top-down fights. Between missions, you return to various hub worlds to upgrade your gear and accept new side quests.

Which is all to say, The Ascent doesn’t stick to one genre. It’s part twin-stick shooter, part role-playing game, and part vanilla lootfest. It boasts dialogue options and level-gated enemies. There’s even a cover mechanic. The Ascent is, to put it lightly, all over the map.

Often, this works. During one particular late-game mission, a variety of enemies swarmed me. I took cover to blind-fire at human snipers, before dodging the melee attacks of flanking robots. All the while, I swapped between an energy-based hand cannon and a fire-based machine gun — robots and humans fell to their respective weaknesses. At one point, as the synthwave soundtrack ramped up, the staccato clack-clack-clack of my machine gun played in time with the percussion. When The Ascent is confident, it fucking rules.

But more often than not, it doesn’t seem to realize when it has me. Anytime I begin to love its rhythm, it abruptly changes the song.

As a result, The Ascent never really finds the center of its genre Venn diagram. In fact, its design tenets actively jostle one another for control. Just when I’m beginning to embrace its world-building and explore a new neighborhood teeming with citizens, it hurls a horde of enemies at me. Just when its combat is lulling me into a flow state, I’m called back to town for a slew of bland side missions from a variety of forgettable quest-givers. All the while, I’m engaging with an equipment system that gradually becomes a glorified grind.

One particular mission ended in a robot boss that was resistant to the types of weapons I had spent all of my upgrade materials on thus far. OK, I told myself, that’s on me. I should have been prepared. The problem then became finding the requisite components to upgrade an energy weapon I had neglected. In order to do so, I had to slog back through previous environments and take on side quests that ran the gamut of quality: One sent me on a prolonged fetch quest in search of a suitcase, while another tasked me with gathering testicles from slain enemies. One hour and countless frustrations later, I was ready to once again take on that robot boss.

Add this tedium to the fact that The Ascent often doesn’t even function, and it all feels like it’s teetering on the edge of Veles’ uppermost level. Throughout my playthrough on Windows PC, objectives didn’t trigger, mission-crucial doors didn’t open, and in one case, a boss refused to spawn after a cutscene. I backed out to the main menu to reload about a dozen times throughout my 16 hours of play.

Even parts that technically function, like navigation, can be a pain. In the early hours, I did a lot of walking. The world is as sprawling as it is vertical, and despite the gorgeous dioramas on display, long-distance treks get cumbersome quickly. Several side quests led me far off the beaten path, only for me to discover a door or obstacle that wouldn’t unlock until I finished a future mainline mission.

There are train stations in most of Veles’ major hubs that let you fast-travel once you’ve explored them, and with 1,000 credits to spare, you can call a taxi from almost anywhere in the city. But taxis only drive to a destination on my current city tier — if I need to ascend or descend quickly through Veles, I have to call a taxi back to the central elevator, ride said elevator, then call another taxi to my actual destination. At best, this system feels outdated. At worst, it’s exhausting.

So, I ask myself, as things come apart time and time again: Is this how The Ascent works? Will stretches of euphoria always end in harsh comedowns? There’s a compelling game lurking somewhere in here, but it’s flagging under so much extra weight.

Even so, for all of its genre-switching and self-doubt, I can’t help but admire The Ascent. It’s hard not to be entranced by the lights, the rain, and the sprawling world Neon Giant has hewn out of refuse and steel. When I’m battling gangsters and robots and giant military mechs, and the music is pulsing along to the mayhem, The Ascent borders on euphoric.

But as it stands, The Ascent is less a purposeful amalgamation of ideas, and more a palimpsest of warring philosophies. Like the precarious dystopia it takes place in, The Ascent’s glittering sheen so often feels like sleight of hand, distracting my gaze from the flimsy pillars holding everything up.

The Ascent was released July 29 on Windows PC, Xbox Series X, and Xbox One. The game was reviewed on PC using an Xbox Game Pass subscription. Vox Media has affiliate partnerships. These do not influence editorial content, though Vox Media may earn commissions for products purchased via affiliate links. You can find additional information about Polygon’s ethics policy here.