Assassin’s Creed Valhalla Will Have Almost No Side Quests

Netflix’s version of The Witcher starring Henry Cavill as Geralt has led many fans of the books and the video games to make comparisons and point out differences. Let’s be real, though, it was never going to match either one of them strike for strike.

A key difference, as it relates to the game, happens to be a notable similarity where the book is concerned. Persons who have played or are playing the games — more so The Witcher III: Wild Hunt — may have observed that Geralt carries two swords (it would pretty hard to miss, given that they actually have to use both swords during fights). However, the protagonist in the Netflix adaptation goes about his flesh-slicing affairs with just the one.

That isn’t to say he only has one sword in the show. The hilts of both weapons are shown when he comes across the pesky Jaskier in the second episode, Four Marks, and the bard actually notes the “two very, very scary-looking swords” at his side during their introduction of sorts. Perhaps this was done in an effort to ensure that bit was picked up on the showrunner’s part, but it’s probably not something that really stuck out to the casual viewer.

In the original novels written by Polish author Andrzej Sapkowski, Geralt only totes a single steel sword around. However, he does own another coated in silver. The latter is usually kept sheathed at the side of his trusty steed, Roach. 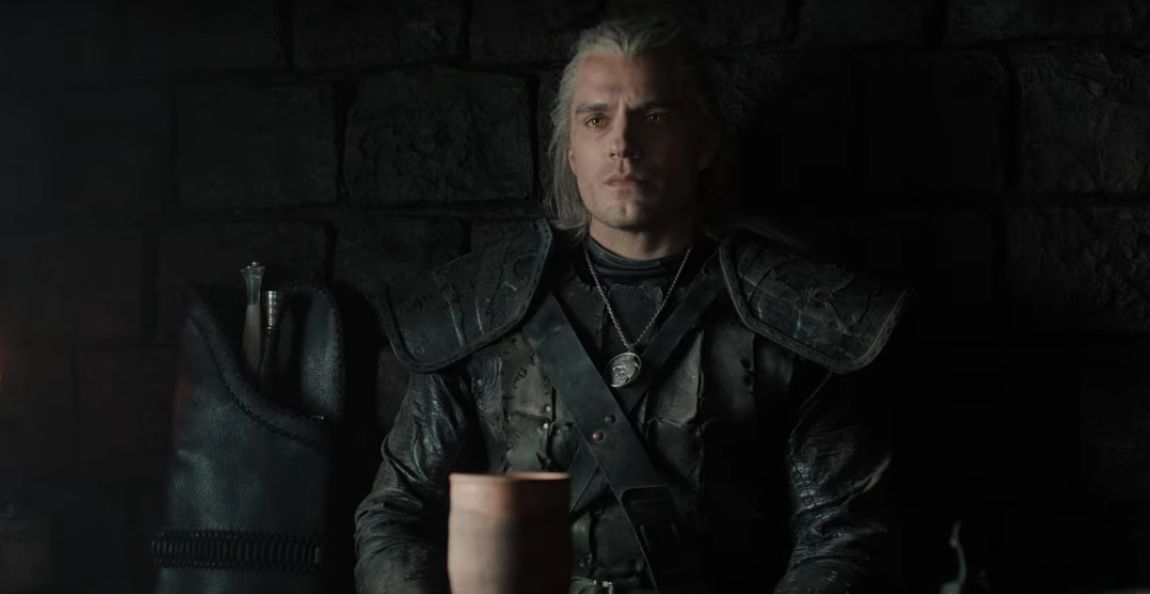 The steel sword is typically used during confrontations with human enemies while the silver one is for the killing of unnatural creatures and remains on Roach’s side unless needed.

In the games, Geralt takes both of his swords with him everywhere he goes, which is likely simply down to convenience. It would be pretty annoying having to run to your horse every time you needed to fight a monster, right? It’s easier to just have it all the time — plus, Roach wasn’t as readily available in the first two installments of the game, not to mention the fact that having two swords looks freakin’ cool.

It’s more practical to have the silver sword kept on a horse in the books and visual adaptations. Michał Żebrowski did pretty much the same when he played Geralt in the 2001 Polish movie, The Hexer. Monsters are more of a rarity in the books, so Geralt can afford to have Roach help split the load of the otherwise painstaking task of carrying two heavy swords around everywhere.

This is in stark contrast to the games, which present a lot more monsters. For one, having to kill humans all the time would get boring pretty quickly from a player’s point of view. Next, there’s Geralt’s moral code; he’s not very fond of killing humans.

The showrunner has addressed some of the concerns over the discrepancies between the original books and the new-ish series, but Geralt’s sword-carrying habit isn’t one of them and is likely only a concern for fans who played the game and watched the show.

There’s no lore-based tidbit behind it, it’s just easier to pull off in a show than it is in a video game.

Far Cry 6 Brings Back A Voiced Protagonist, But With A Few Twists

A Round-Up Of All Of The Big Announcements And Games Shown At Ubisoft Forward
Recent Posts
We and our partners use cookies on this site to improve our service, perform analytics, personalize advertising, measure advertising performance, and remember website preferences.Ok