The Witcher has gained several comparisons to Game Of Thrones, which aren’t entirely unwarranted. Both shows take place in dark fantasy settings with plenty of extreme violence and gratuitous nudity, and both feature a cast of characters whose storylines are either very fun to watch or utterly dreadful to sit through (hello, Ciri).

“Rare Species” adds another reason for those Game Of Thrones comparisons to exist, as this episode sends everyone on a dragon hunt on top of a mountain. It attempts to subvert our expectations from such a common fantasy story, although this show can’t seem to help but fall into some pretty familiar narrative cliches along the way.

A man called Borch Three Jackdaws – now that’s a name! – attempts to hire Geralt to join his team to hunt down a rare green dragon in order to become a lord. In this world, dragons are all but extinct with only a few of the species still hanging around the continent. The concept of gold dragons is brought up, but Geralt scoffs, declaring there’s no way, no how that a gold dragon could ever exist. You’ll never see one, no sir, not in a million, zillion years.

You can guess where this storyline is going.

Geralt is about to refuse Borch’s offer, until Yennefer strolls in with a random noble, intending to go up the mountain to slay the dragon for her own purposes. Her mere presence is enough to convince Geralt to make the trip, much to the chagrin of Jaskier who’s still hanging around.

The antagonistic relationship forming between Jaskier and Yennefer is delightful. They’re constantly sniping at each other, and their interactions are a lot of fun. I think I almost buy into their chemistry more than I do than with her and Geralt. Speaking of that relationship, the two seem to be madly in love with one another, and even though there is a slight explanation later on that sort of relieves a bit of the plot contrivance, it stills feel all too sudden.

The inexplicable “Yennefer wants a baby” plotline is still going on. She wants to be a mother so she can feel important to somebody and leave behind some kind of legacy. Continuing her history of unbelievably stupid plans, she plans to slay the dragon because its body apparently has magical womb-restoring properties. Thankfully, Geralt openly mocks her idea, because much like the audience, he too knows this is very dumb.

Maybe Don’t Use A Genie To Improve Your Love Life 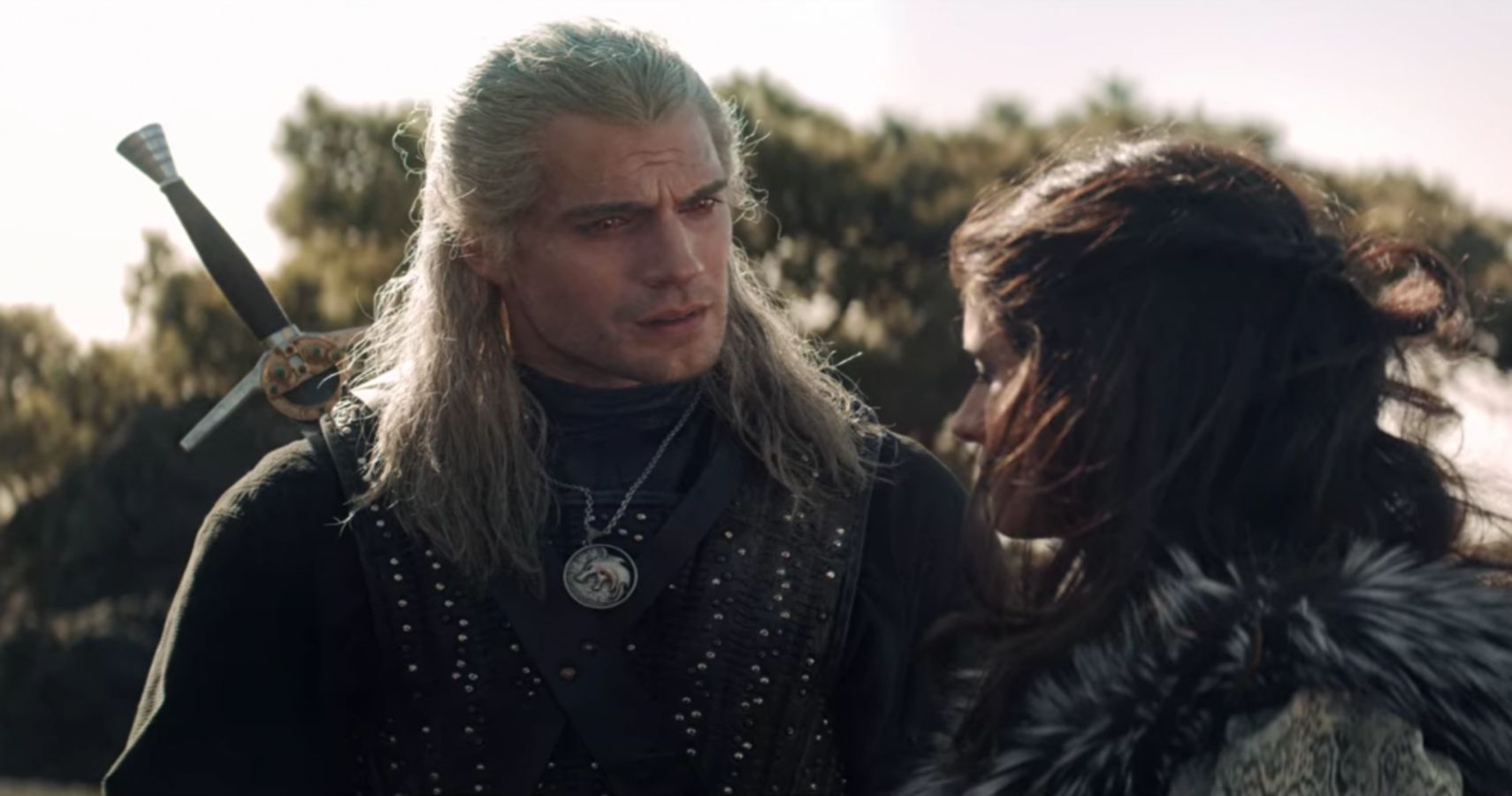 Borch and his crew seem to meet their end after falling off a cliff, but fret not, it turns out Borch’s gang is fine because he’s actually a gold dragon in disguise. Quelle surprise. He brought Geralt up the mountain not to slay a dragon, but to protect a dragon egg that will hatch one of the last dragons on the continent. You could tell something was up with Borch, so him being the dragon was something I called fairly early. The CGI dragon doesn’t look all that great, so this entire storyline kind of lands with a thud.

It’s then revealed that the reason why Yen and Geralt are so inseparable is that his last wish was to make it so he won’t lose her again, which infuriates her. Borch then demonstrates that he’s the least grateful dragon ever, and reveals that Yen will never have a child and Geralt will eventually lose Yennefer. This drives Geralt to flip out at Jaskier, and in a scene that’s genuinely heartbreaking, an obviously hurt Jaskier gathers up his things and leaves.

As of right now, I feel more connection with the relationship between Geralt and Jaskier than I do with Geralt and Yennefer. At least we’ve seen that friendship grow and develop over the course of the season, and it feels like something the show has earned. So when Geralt yells at Jaskier, I actually feel bad for the poor bard and hope they make amends.

Meanwhile, when Yennefer broke it off with Geralt I found myself mostly shrugging because I don’t know why I should care. Sure, I know these characters, but they literally just met and now they’re acting like soulmates. Geralt’s wish seems to be involved with this rushed romance, but why did Geralt even make that wish? Yennefer’s love may be magically influenced, but Geralt doesn’t have that same excuse. It doesn’t feel like the show has given us enough of a reason to buy into this relationship, and if it came down to it, I’d rather have Geralt wind up with Jaskier. 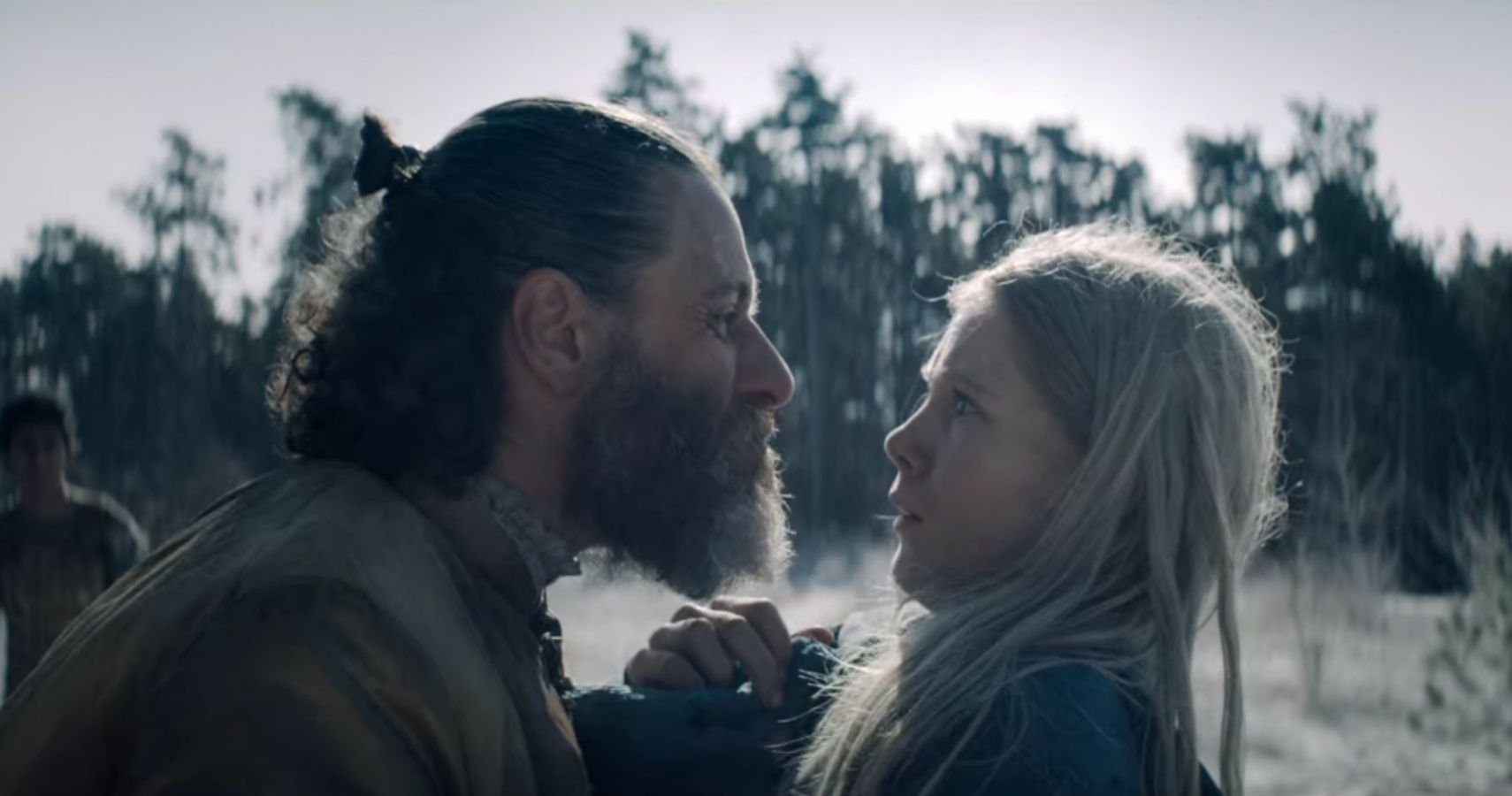 As I predicted, Dara clues into the fact that Doppler-Mousesack isn’t the real Mousesack before Ciri, although I was pleasantly surprised she figured it out shortly after. I was truly worried we were going to sit through a full episode of Ciri defending her fake friend while Doppler-Mousesack made “nyah nyah I’m evil” faces at Dara. However, while Ciri is smarter than I gave her credit for, she’s still an idiot. She bungles Dara’s attempt to interrogate the Doppler for information, leading to him getting knocked out and her running away. She ends up tied to a tree until Dara arrives to save her, but he knows he’s going to wind up dead if he sticks around, so he heads out on his own. This leaves Ciri alone to do what she does best: Stand perfectly still and cry.

In a more interesting turn of events, we now have a name for the evil Nilfgaard henchman: Cahir. We also have a motivation: Nilfgaard is under the thrall of a cult called The White Flame that wants Ciri to fulfill some vague prophecy. He ends the episode by speaking with villainous sorcerer Fringilla – who took Yen’s place in Nilfgaard all those years ago – and making menacing faces at the camera.

It’s nice to finally get a sense of what the antagonists’ goals are, and how Ciri factors into their plans. I’m not a big fan of the whole evil religious fanatics angle – especially since Game Of Thrones did crazy cults better with The High Sparrow – but Cahir’s weird cultish devotion could make for an interesting villain. I’m also happy that the Doppler makes it out of this episode alive, as now we can always wonder if each new character is secretly the Doppler in disguise, adding some underlying tension to every new cast member.

As for Ciri, well, I’ve about given up on her doing anything of worth in this season. Freya Allan is doing her best, but Ciri is nothing more than a living McGuffin right now. Everybody wants to find her, but she seems more like a treasure that the two sides are trying to obtain rather than an actual character. I was really hoping she’d find Geralt sooner in this season, but it’s starting to look like all of their father-daughter bonding is going to be saved for Season 2. 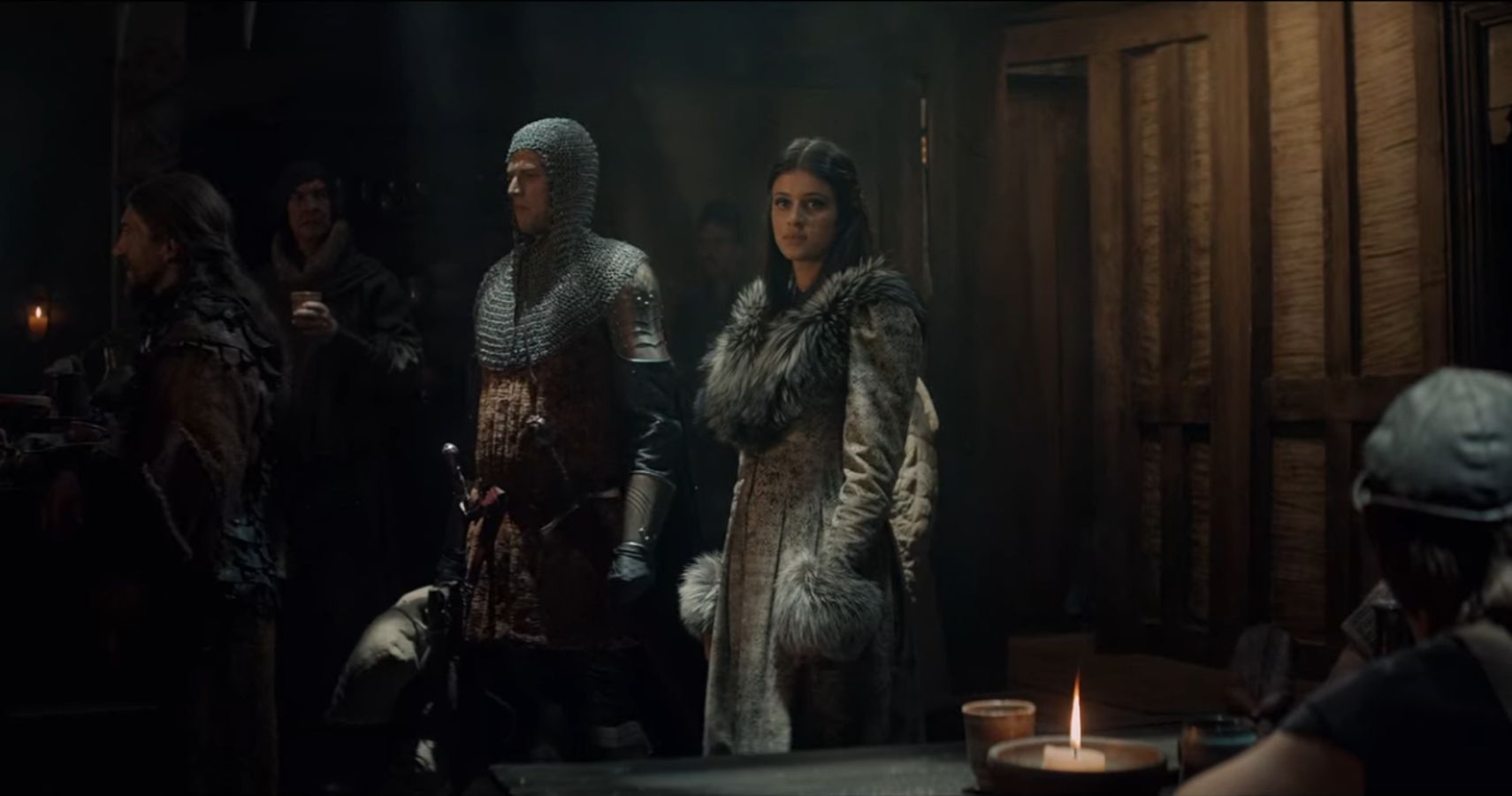 “Rare Species” ends up being a rather lifeless episode. The dragon story is predictable, the Geralt-Yennefer romance seems rushed even with the djinn-related explanation, and Ciri is absolutely useless as anything but a plot device. On the plus side, there’s a good fight scene, we now know what the villains want, and, thanks to Borch, it looks like The Witcher is going to move past Yennefer’s baby storyline.

I’m a little shocked at how little progress this show seems to have made considering we’re coming up on the final two episodes of the season. I suspect a lot is about to happen very quickly in terms of story revelations, although whether or not that means something interesting will happen with Ciri remains to be seen. For now, let’s hope that after a rocky middle, The Witcher can find a way to stick the landing.