The biggest of the big, the 2010s had plenty to offer in the way of major, AAA titles. 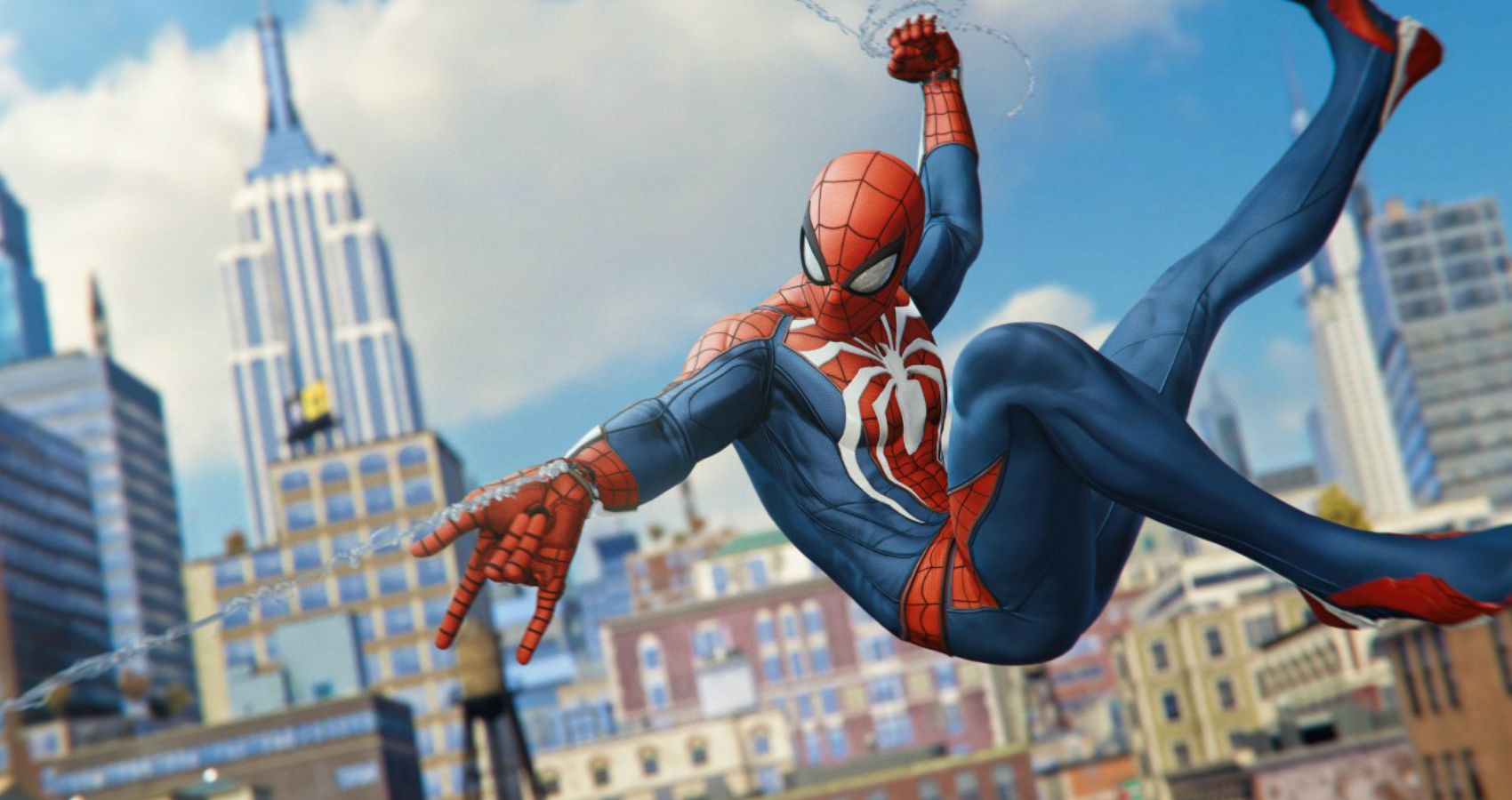 We’ve had multiple Spider-Man games throughout the years, each one better than the last. But Marvel’s Spider-Man stands far and above any of the preceding games thanks to its fluid acrobatic controls while swinging through the city, engaging story, not to mention the sheer amount of things to do in the Big Apple. 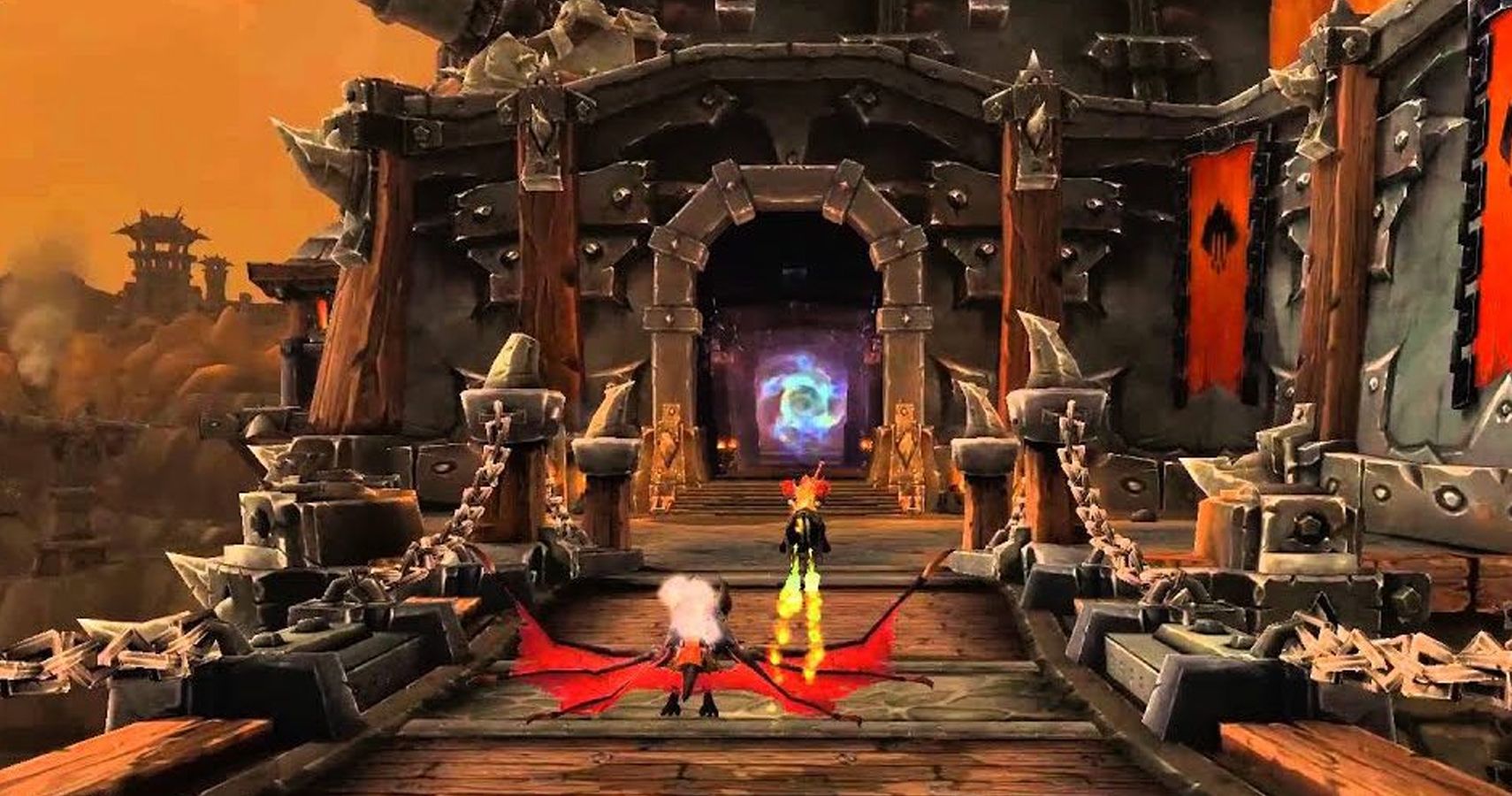 Love it or hate it, the staying power and continued relevance of a game launched in 2004 cannot be ignored. 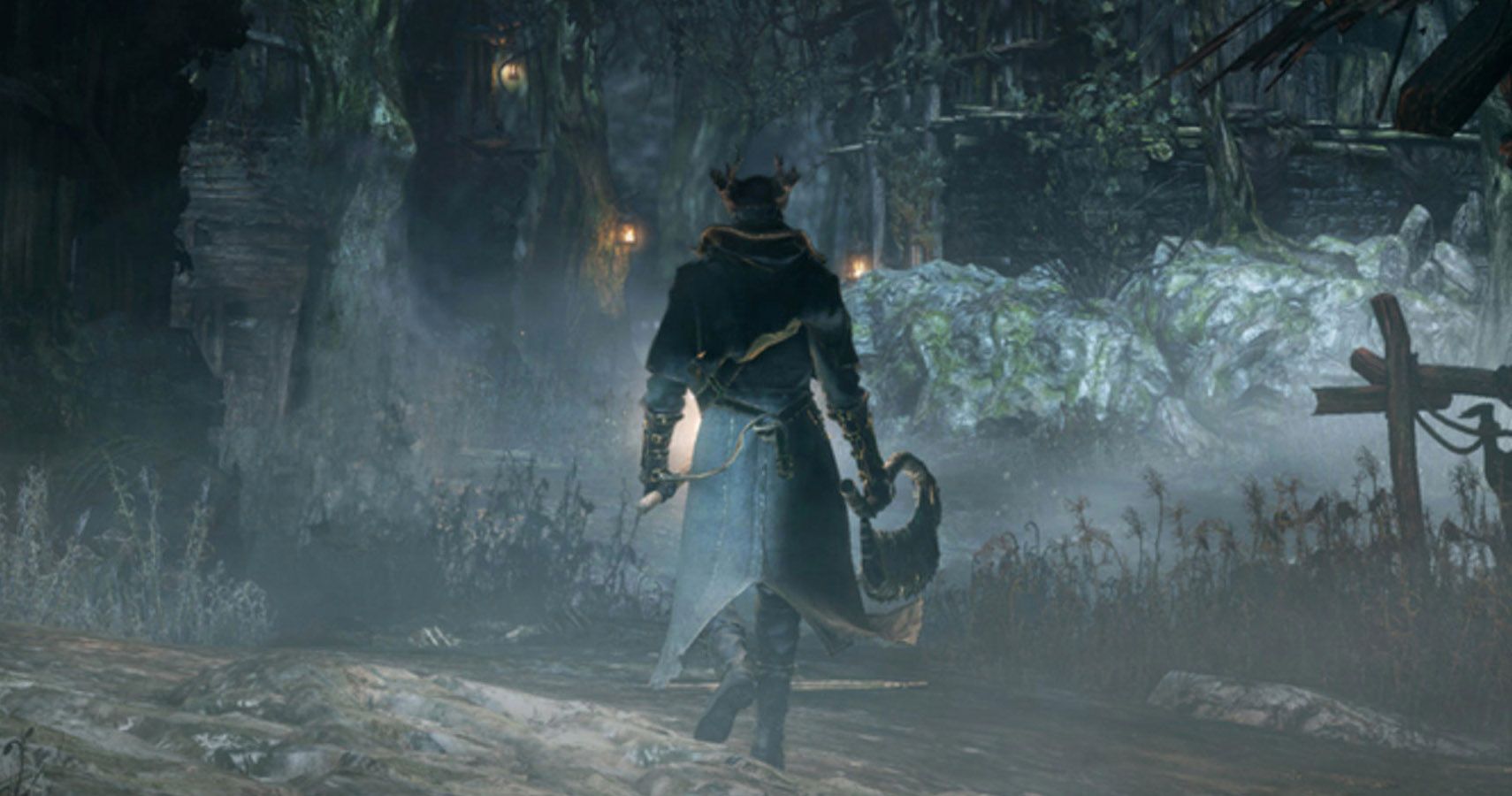 Bella Blondeau – The Legend of Zelda: Breath of the Wild 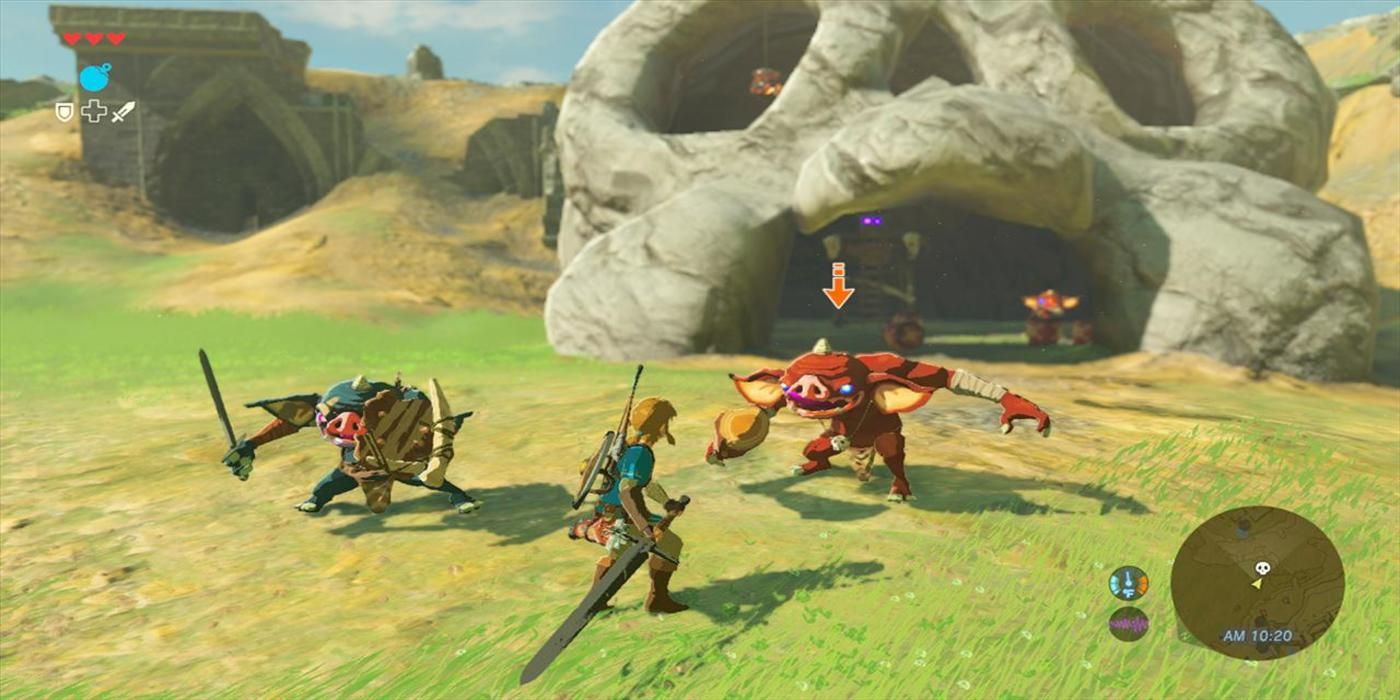 “More, more, more.” That’s the increasingly stagnant design philosophy of most AAA publishers, and at this point? It’s tiring. But Nintendo made a bold proclamation with its brilliant reboot of its flagship series: “More fun, more fun, more fun.” Because for all its sweeping fantasy, its downtrodden lore, its epic scale, that’s what Breath of the Wild is all about: fun. By setting players loose in an elastic, responsive world and giving them next to no restrictions, Nintendo stumbled upon what most publishers were missing out on – having a heart. That heart reinvigorated a dull genre, restored my faith in Zelda, and put every Ubisoft grind-fest to shame with great aplomb. Also, it gave us Link in Gerudo clothes, and we can all be grateful for that. 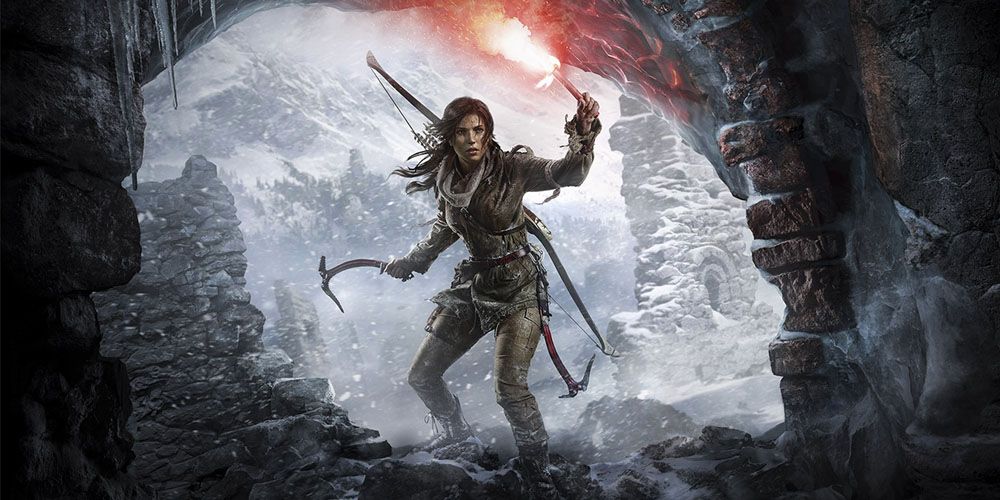 The Tomb Raider franchise is very close to my heart and I’ve followed its ups and downs since the very beginning. The Tomb Raider reboot brought the franchise to a new audience and severely kicked up its production value. Rise of the Tomb Raider felt like a pinnacle of that achievement. The narrative is engaging, the challenges varied, and the game was enjoyable from start to finish. Lara Croft dominates in this game and I’m here for it.

Jon Bitner – Breath Of The Wild 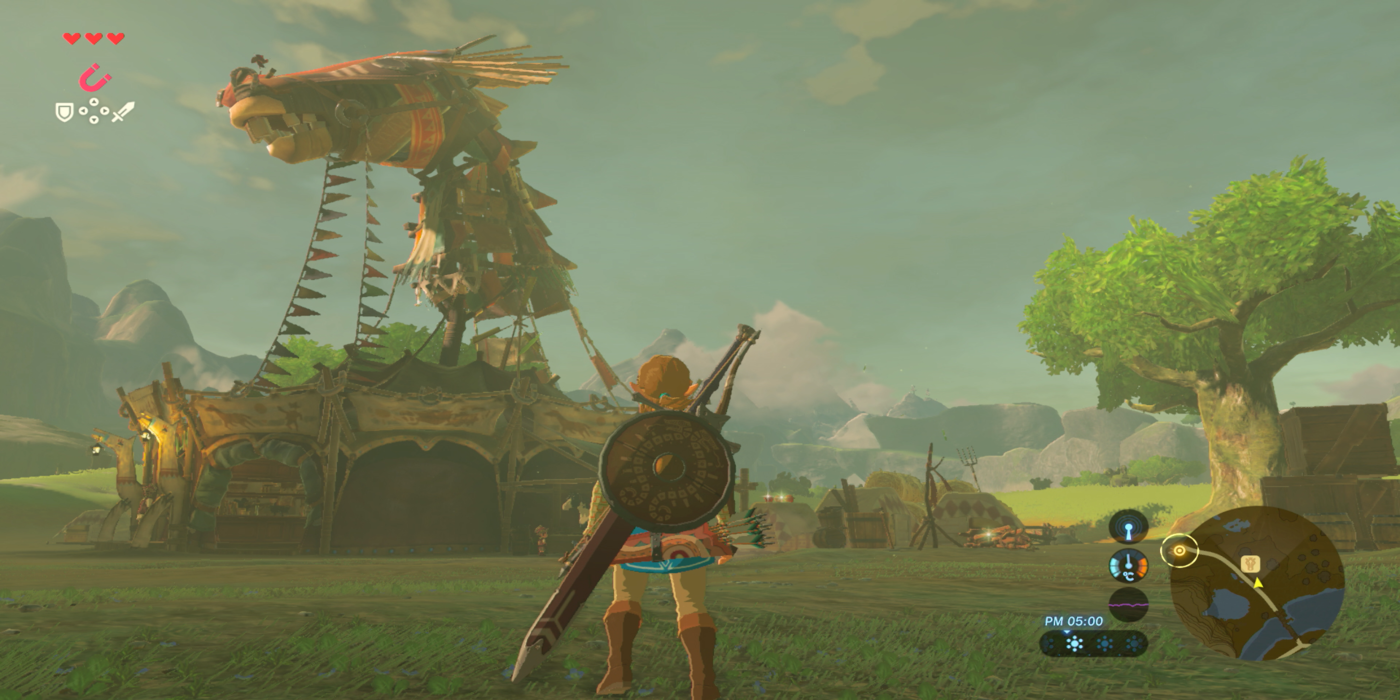 Hyrule has never been more beautiful. From the second Link wakes up, I knew I was in for something special. The Zelda series has always found ways to innovate, but Breath of the Wild takes the franchise to new heights. Giving players the most extensive open-world experience to date, you’d be hard-pressed to find a portion of this game that isn’t enjoyable. Clearing Shrines, conquering Divine Beasts, or helping citizens with the many side quests, this new version of Hyrule raises the bar not only for the series, but for all of gaming.

Eric Switzer – The Last of Us 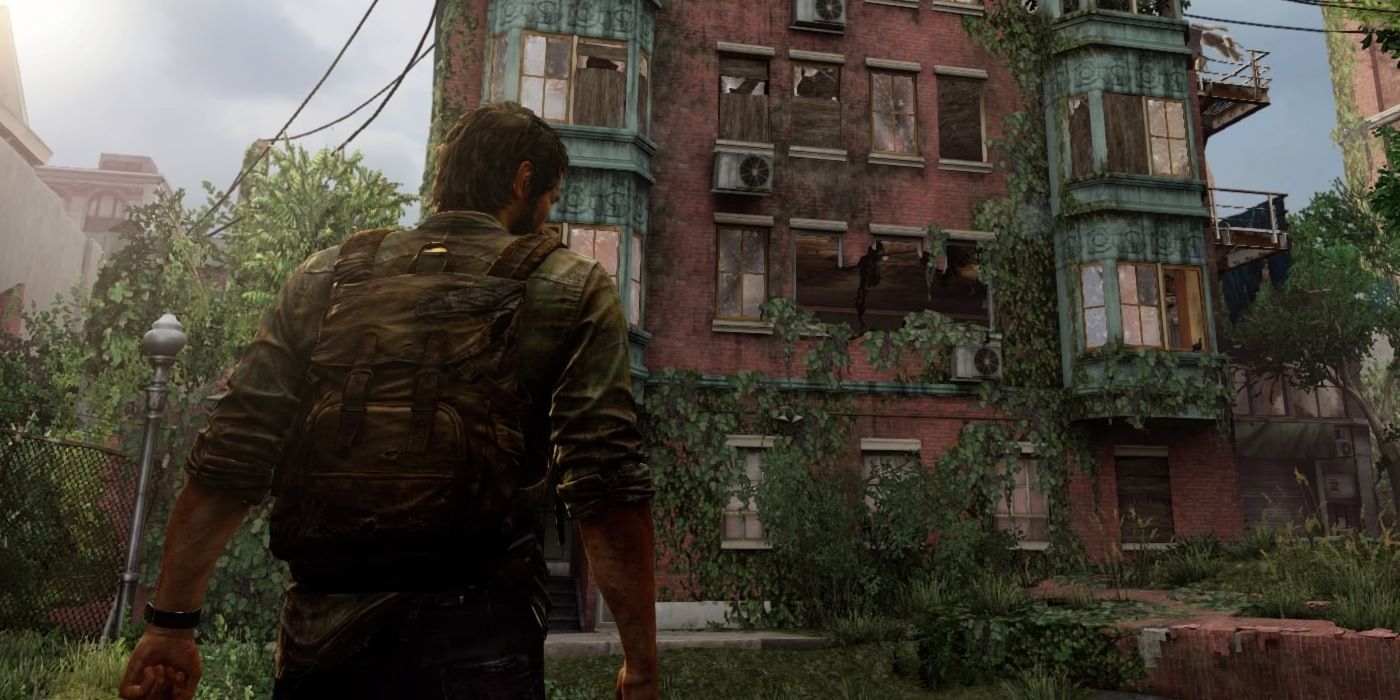 The Last of Us was a leap forward for games on the same level as Half-Life 2 and Super Mario 64. The history books will point to The Last of Us as the game that brought AAA narrative to a cinema-quality standard, and pushed the entire industry forward in terms of performance, motion capture, writing, and AI. The Last of Us defines gaming in the 2010s. It is a functionally flawless game that took monumental risks that we now take for granted after so many have followed in its footsteps. 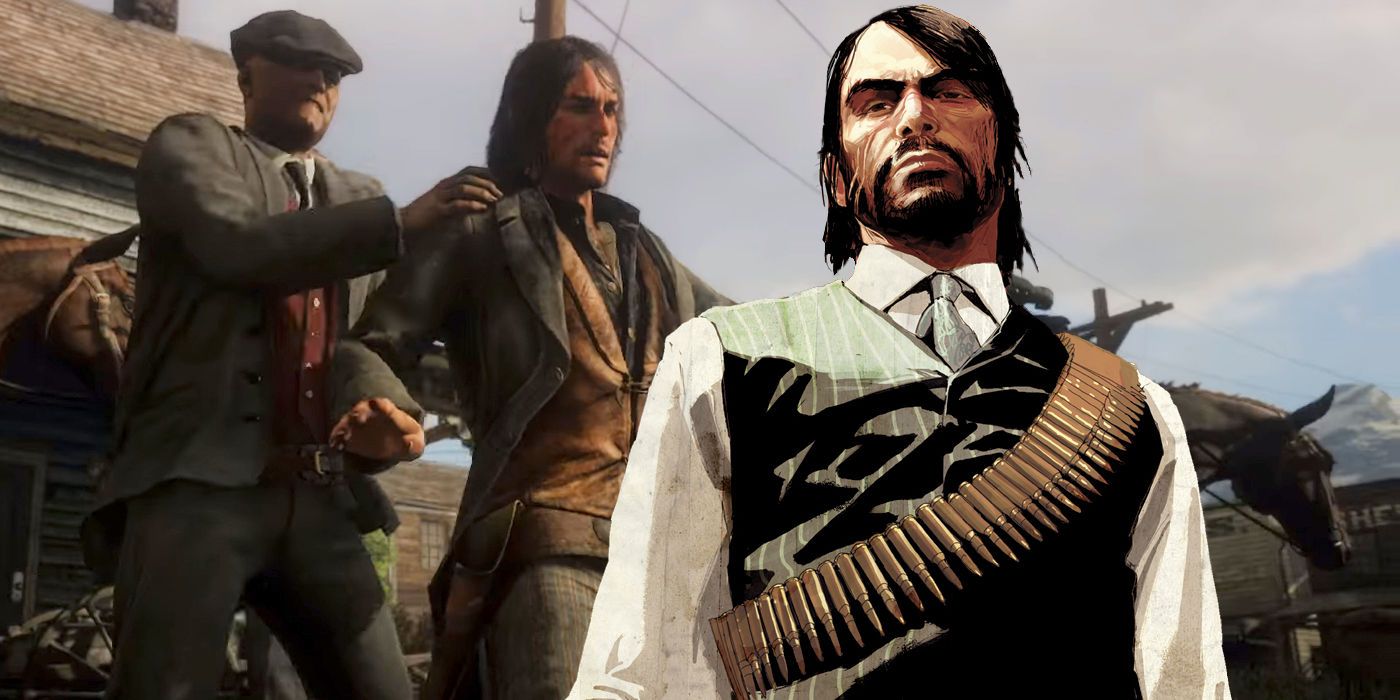 Most AAA games seem to focus their massive budgets on graphics and monetization more than quality. Red Dead Redemption managed to craft an incredibly moving western story with some tight Rockstar open-world gameplay, all while making the various environments look as breathtaking as possible. It’s a masterpiece that took real effort and talent, which why it’s the best AAA game made this decade.

Ethan Anderson – The Legend of Zelda: Breath of the Wild 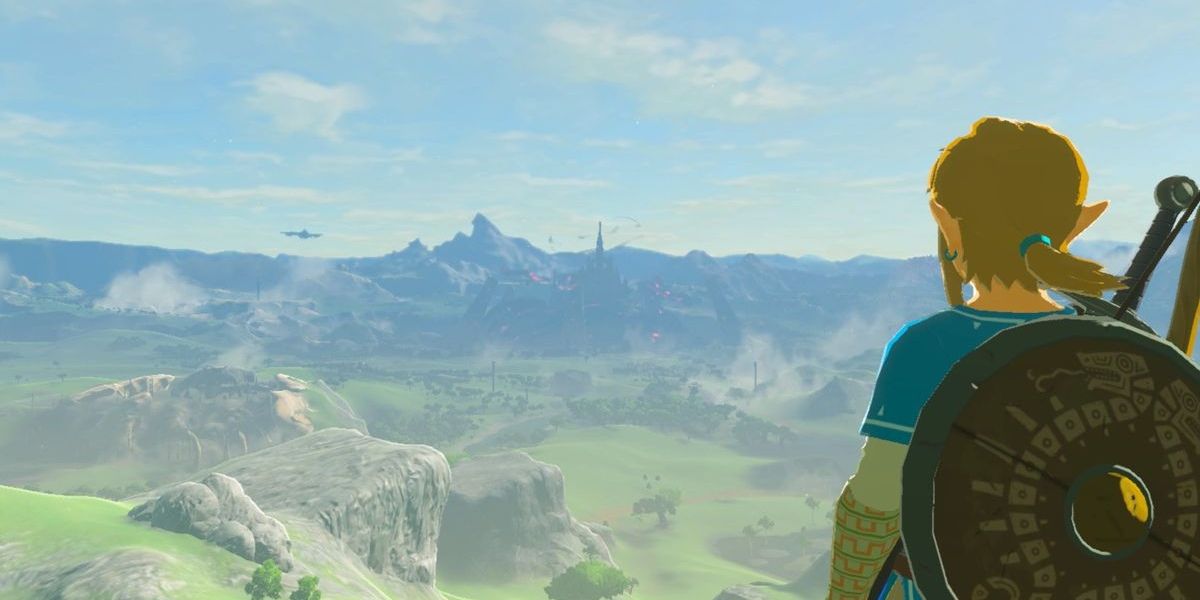 The Legend of Zelda: Breath of the Wild has so much to offer in terms of exploration and discovery that it was almost impossible for me to ever feel anything other than childlike wonder when venturing out in its world. I couldn’t put it down, but when I finally had to, I just couldn’t stop thinking about it. 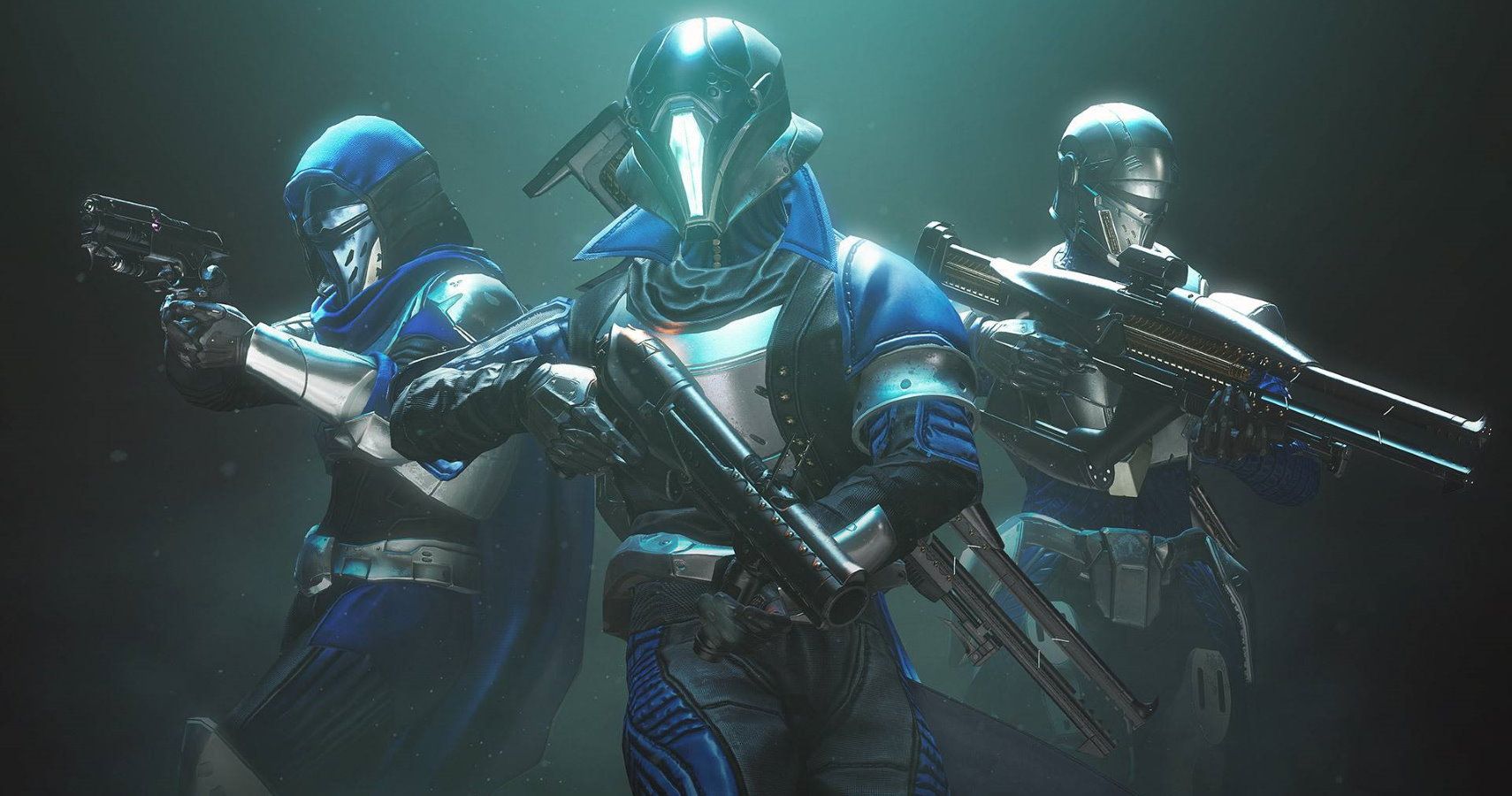 What more can be said about Destiny 2? It’s the best damn looter-shooter ever made, hands down. It does guns and gunplay better than anyone else. Slap on some interesting space magic to keep it interesting and thousands of different weapon and part combinations, and Destiny 2 never gets old. New content is being added all the time, and with the recent migration to Steam, the player base is bigger than ever. 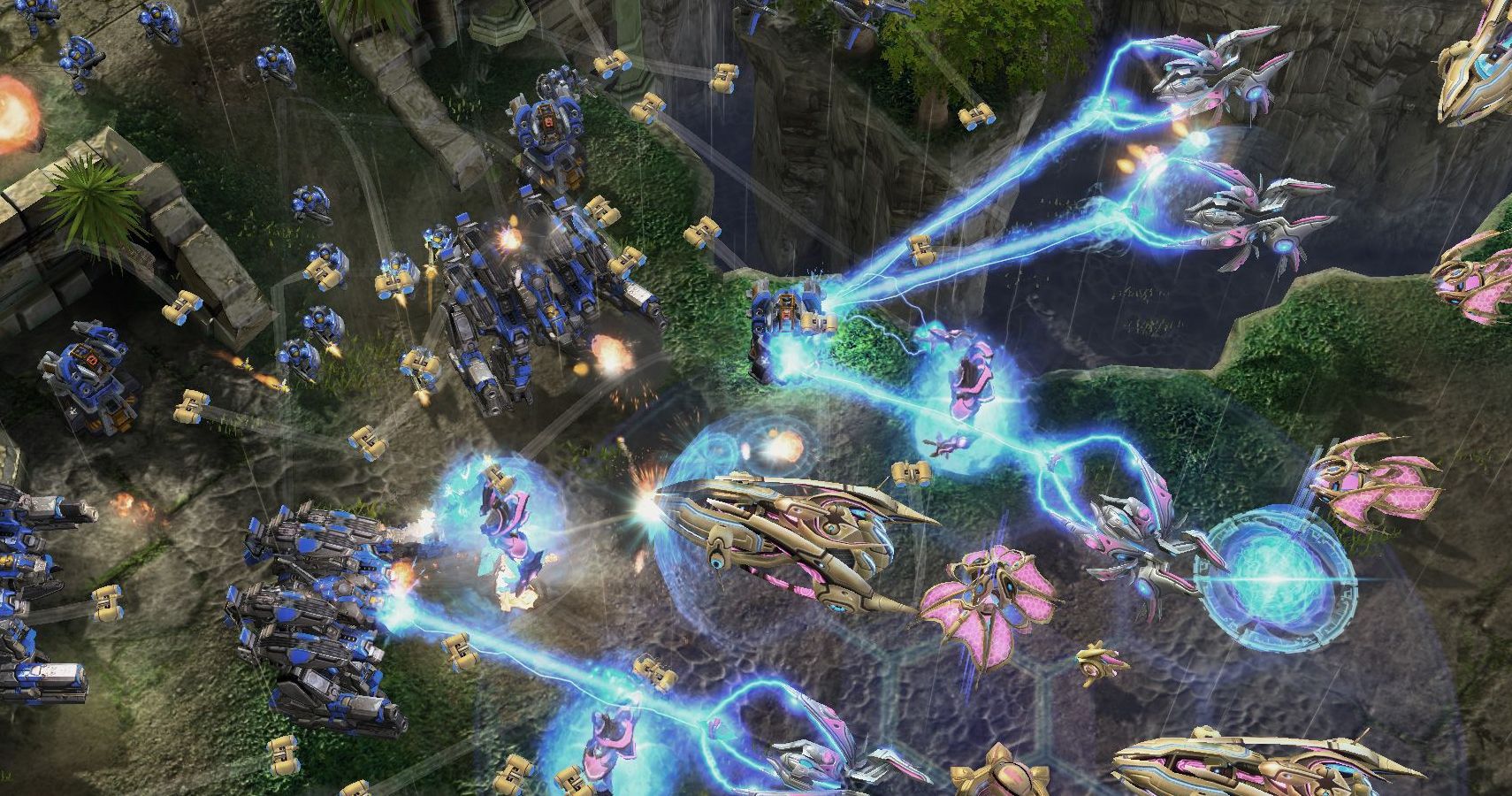 Starcraft 2 has stood as a nostalgic beacon of light in a decade filled with crumbling, powerful studios, serving as a monument of what Blizzard used to be known for. Starcraft 2’s continual support by developers and incredibly strong 2010 debut has nurtured its stability throughout the decade. A world of gameplay options appeals to both casual and competitive players. The RTS genre never reached peaks likened to League and Fortnite, yet consistently has kept its sizable audience content for an impressive ten years and counting. 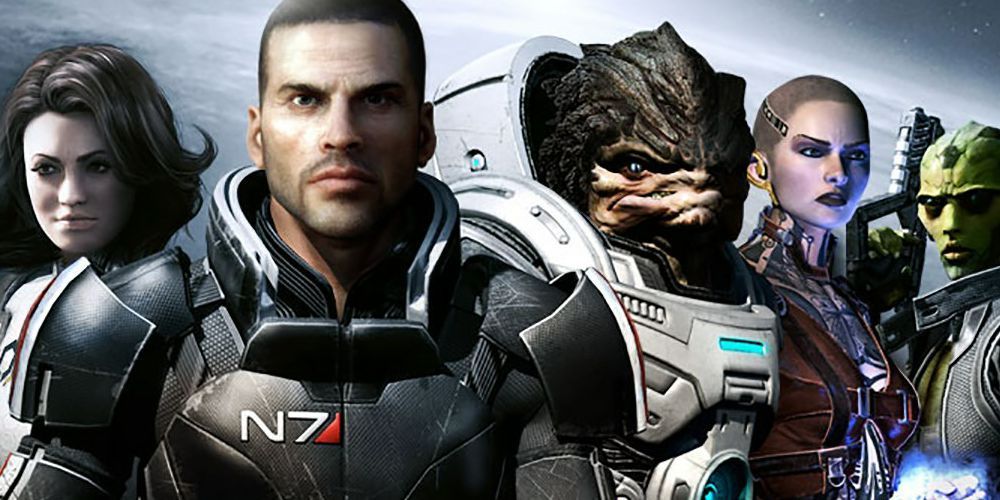 I’m Commander Shepherd and this is my favorite AAA game of the decade. The first Mass Effect was a competently written RPG with a lackluster game behind it. The third Mass Effect was a slightly over-wrought story with a lackluster ending (but not riot-worthy lackluster, I should stress). Mass Effect 2 was perfect – the Seven Samurai hero collection, the brilliant characters, the fantastic cover-shooter RPG. I only wish the twist of the first ten minutes hadn’t been spoiled by marketing – if I could have only gone in blind…