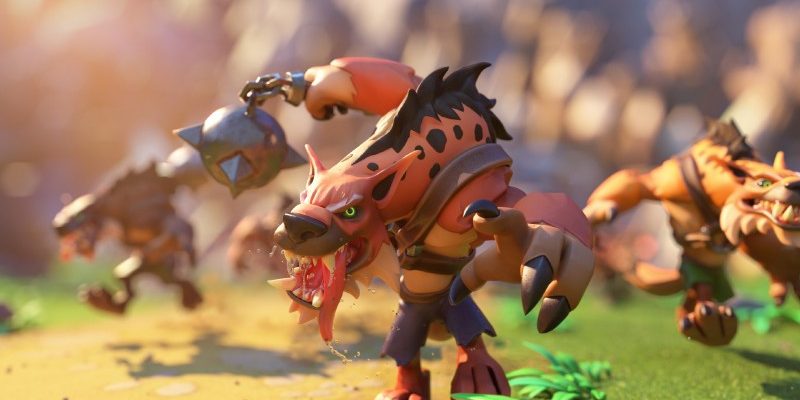 As the title implies, I am not somebody who has ever really cared all that much about the Warcraft series or its MMO counterpart, World of Warcraft. I have memories of playing one of the Warcraft games back on a PC circa 2003, so it was probably Warcraft III: Reign of Chaos, but I never really followed the franchise beyond that. All of this is to set up and say that if you’re looking for what a hardcore Warcraft fan thinks of the series’ first venture into the mobile space in Warcraft Arclight Rumble, I’m not your guy.

I want to emphasize “opening hours,” too, because as any mobile player might know, it’s the later hours where typical problems appear, like feeling the need to spend real-world money to advance. I’m not sure if that’s going to happen to me, but so far, the gameplay and its associated challenge have been easygoing enough that I haven’t even thought about spending money to boost up my advantages on the battlefield.

If you’ve watched the game’s reveal trailer, you already know Arclight Rumble is an arcade game of sorts that’s playable in taverns in Warcraft’s universe. You control miniature figures (whose whimsical and fantastical art design looks great) on a small battlefield. Sometimes the field presents a direct path to the enemy, and other times it’s covered in bridges and unique points of interest to shake things up.

Arclight Rumble uses a rock-paper-scissors-like mechanic to dictate the success of your pieces. There are essentially three types of mini-figures: ranged, melee, and flying. Ranged attackers can easily take out flying enemies, flyers are adept against melee types, and melee units counter ranged ones. It’s a tried and true formula and it works well here.

A large cannon sits on your side of the field, and if the enemy destroys it, you lose. A boss-like enemy guards their side; destroy them, and you win. You can kind of just ignore the rock-paper-scissors mechanic in the opening levels. If you send enough mini-figures out, they’ll take down the boss in no time. But I was quickly punished for playing carelessly as I progressed further through the game’s missions. In fact, on many occasions, I couldn’t win without strategically taking out specific units by paying attention to their attack type.

For example, one match started with two melee enemies and a ranged foe halfway to my cannon. Naturally, I needed to destroy them asap. I sent out a ranged piece to take out the melee threats, but it was quickly picked off by my opponent’s ranger hiding behind my two melee targets. To defeat this trio, I first needed to use a lightning spell attack – this isn’t a mini-figure but rather a magic spell I can cast on any area on the map – to take out the ranged fighter before sending a flyer after the melee enemies. Upon doing so, I surmounted this challenge with ease and continued forward to defeat the boss. This kind of challenge, which was engaging enough to keep matches fun but not so tough that I’d get annoyed and switch to something else on my phone, kept me coming back for just one more round, again and again.

Paying attention to enemy types is only one-half of the challenge, though, because you must also watch your gold. Every mini-figure costs gold to be summoned to the battlefield, and gold constantly refills slowly. As such, you’ll need to strategically deploy special mining figurines to go after treasure chests or gold deposits. Assuming an enemy doesn’t destroy them, they’ll send gold right to you, making it easier to summon multiple units, which is critical to winning. Using my time in-match to not only plan out my actual attacks, but my gold-mining moves as well kept me on my toes.

That’s because you can’t really take your time – each match is typically less than five minutes long, and if the time runs out, you’ll have less than a minute in a special overtime mode where gold replenishing speeds up to defeat the enemy for good. The opponent gets this overtime advantage, too, so you also need to be on the defense. If you don’t defeat the enemy and they don’t defeat your cannon, it’s a draw, which, hey – it’s better than a loss. Of course, it’s all about getting the win, though, as that rewards the most experience for your figures, which grow stronger as they level up.

All of this adds up to a mobile experience I enjoy playing, which is especially surprising because not only am I a Warcraft newbie, but I’m also not typically a mobile games person either. Because each match only takes a few minutes, Warcraft Arclight Rumble is easy to pick up and play and more engaging than, say, doomscrolling on Twitter when I need to kill a few minutes. Now, Warcraft Arclight Rumble doesn’t appear to be some massive gamechanger for the mobile space, but it’s good and simple fun. Assuming the rest of the game holds up as promisingly as these opening hours, I can see myself making my way through the entire campaign, which I would never have predicted when this game was revealed earlier this month.

Are you excited to check out Warcraft Arclight Rumble? Let me know in the comments below!