Yooka-Laylee and the Impossible Lair is a lavishly illustrated love letter to Nintendo, and to that august company’s rich history of sideways-scrolling platform games. It’s a world of bouncing cartoon characters splashing among primary colors and leaping across kinetic scaffolding.

It’s a bonkers story of cackling villains and coin collection, of evil arachnids and goofy goons. Every smashing of the crate, every leaping of the water-pipe, evokes Mario, Wario, Kirby, and the whole gang of classic Nintendo characters.

But while Yooka-Laylee and the Impossible Lair offers fun, challenge, amusement, and even a touch of innovation, it never quite escapes the void of nostalgia. Its soul is shrouded in the ghostly robes of gaming’s past.

Yooka and Laylee are a chameleon-bat duo, shaped in the mold of Rare and Nintendo’s 1990s double-act Banjo-Kazooie. Like Banjo and Kazooie, they made their debut in a 3D platformer.

The first Yooka-Laylee came courtesy of Playtonic Games, a UK outfit made up of former Rare developers. That game raised around $3 million in sentimental Kickstarter funding, but its 2017 release was underwhelming. “Proof that sometimes our fondest memories should stay in the past,” according to Polygon’s reviewer.

The team at Playtonic is nothing if not dogged in its pursuit of the past. And so The Impossible Lair takes us even further back this time, to 2.5D platforming held together through a 3D over-world. 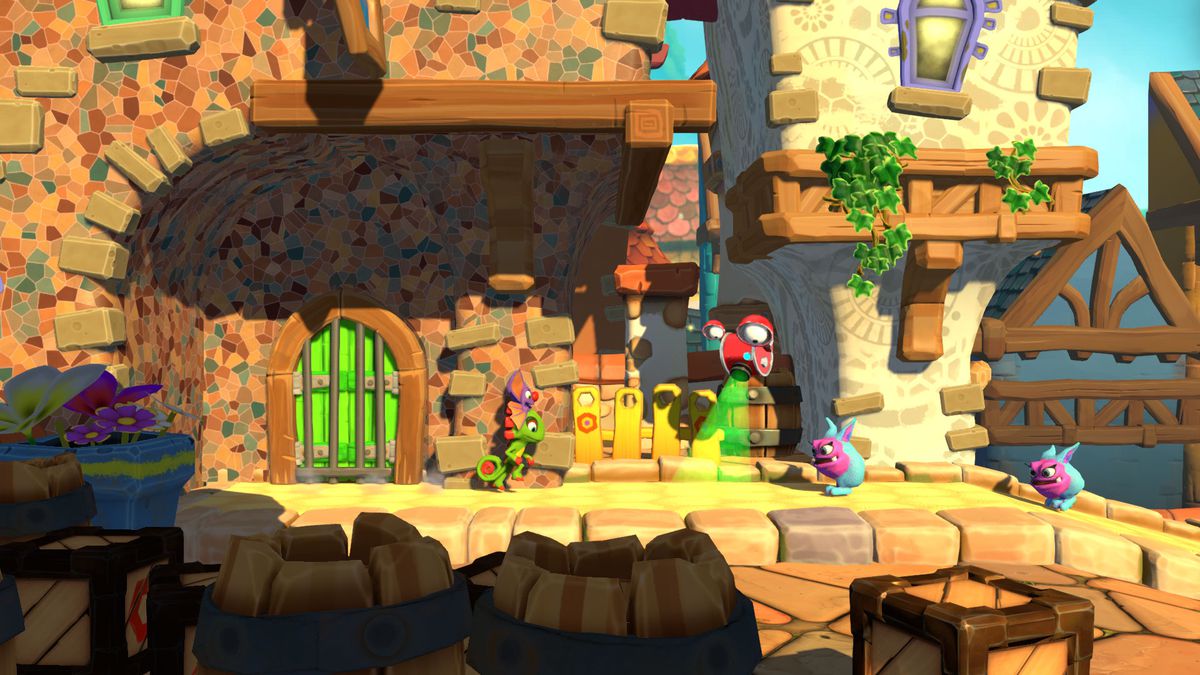 Yooka-Laylee and the Impossible Lair
Playtonic/Team 17

Yooka and Laylee are tasked with rescuing bees from a bad man (who looks a lot like Gru from Despicable Me). Collectively, the bees will help me in my final boss fight in the eponymous Impossible Lair. In theory, I can take on the bad guy at any time. In practice, I need to collect a bunch of bees before making the attempt. The bees are to be found at the completion of each level.

I also collect feathers. Once I have enough of them, I unlock new levels and upgrades. Coins can be collected, both as a gate-opening currency, and as an extra completionist challenge. Potions are also unlocked, which offer boosts when equipped.

The levels themselves offer the usual elemental and thematic variety. One is industrial. Another is aquatic, and so on. I jump, roll, and pound my way through various challenges, avoiding the dreaded long fall to immediate death, or death by being touched by enemies. The bat serves as my first life, but can be reunited with the chameleon by deft maneuvering at the moment of crisis, or by ringing carefully placed bells. So, while I have two lives, I can extend those by playing carefully. Save points are dotted here and there — sometimes a little farther apart than seems reasonable.

Generously, the game offers to let me skip the toughest sequences. Players who want to complete the game without mastering the really difficult bits can re-enter levels at any time, collecting the feathers they need to progress and avoiding the sections they find frustrating. This makes the game more accessible to children, and those with little patience for repetition.

Likewise, the the same levels are presented in a variety of states (water-world can be frozen, for example) to offer repeat challenges and extra variety. When fully upgraded, I can return to earlier levels to seek out secrets that may be have been harder, or impossible, to collect before. 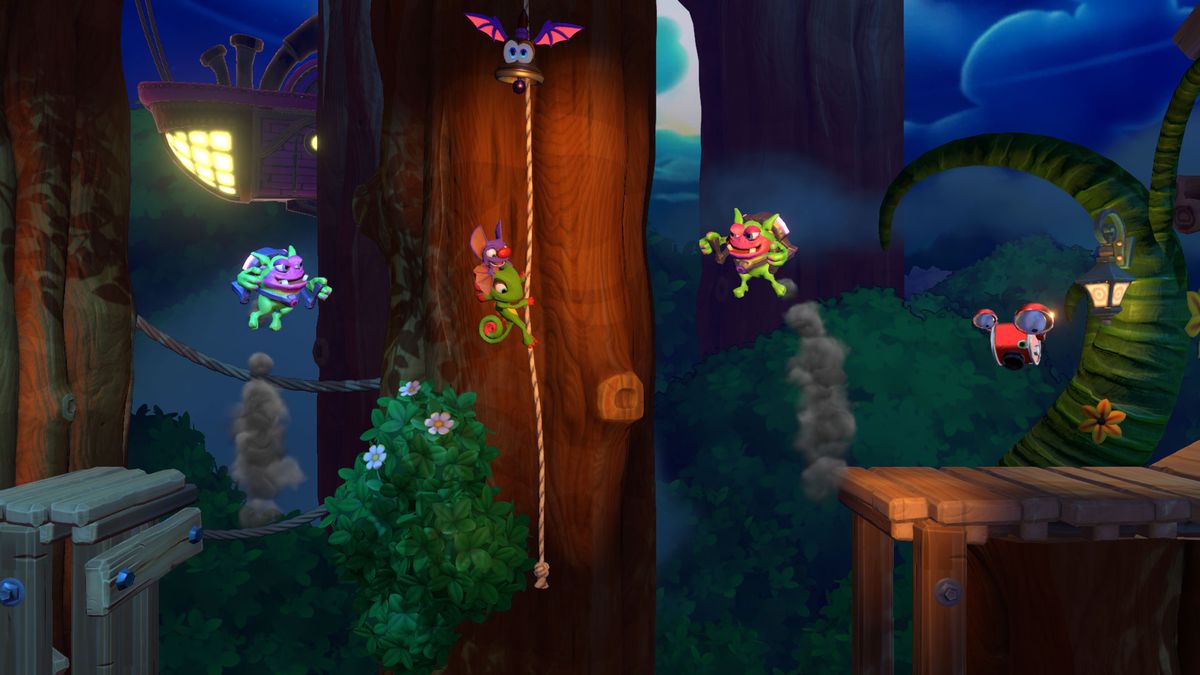 Yooka-Laylee and the Impossible Lair
Playtonic/Team 17

On the whole, Yooka-Laylee and the Impossible Lair is a carefully designed platform game that rewards repeat play and trial-and-error. The difficulty curve occasional turns sharply north, but it’s a slick piece of platforming, with plenty to see and do.

Ultimately though, it’s a tribute act, knocking out the big hits with all the exuberance of true believers. I found myself playing the game in short bursts, enjoying its simple pleasures before drifting into mild boredom. This is the central problem with nostalgia. It offers so little that’s new.

Yooka-Laylee and the Impossible Lair will be released Oct. 8 on Nintendo Switch, PlayStation 4, Windows PC, and Xbox One. The game was reviewed using a final “retail” download code provided by Team 17. You can find additional information about Polygon’s ethics policy here.