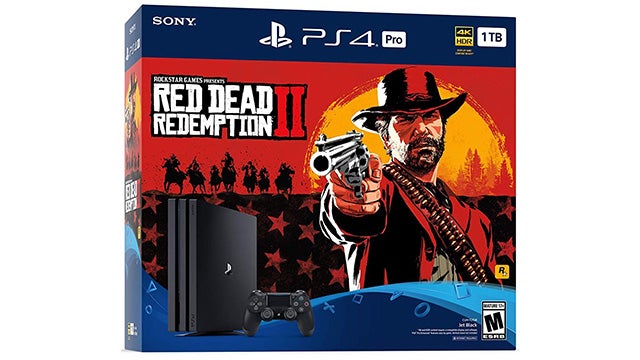 I didn’t think I’d ever see this bundle on sale ever again. Buy the PS4 Pro and get one of the best (if not the best) game of 2018 for free. The PS4 Pro improves upon the PS4 Slim with a more powerful processor and 4K HDR. 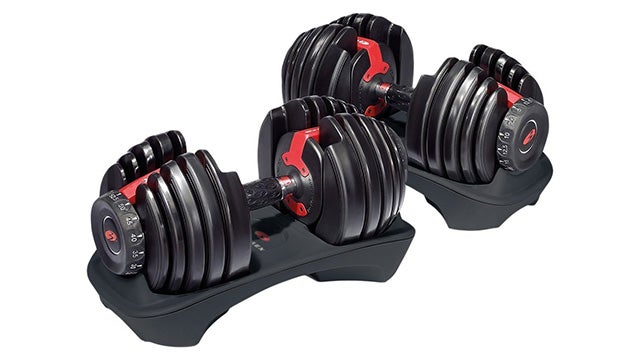 Undoubtedly many of you will add (or re-add) more exercise to your New Years resolutions list. If so, free weights are a smart move because they cover a wide range of exercises that can work out pretty much every muscle in your body. The space-saving SelectTech dumbells are a single pair of dumbbells that can be adjusted from 5lbs all the way up to 52lbs. This is the first time in a very, very long time (think years) that these SelectTech dumbbells have dropped to $200. 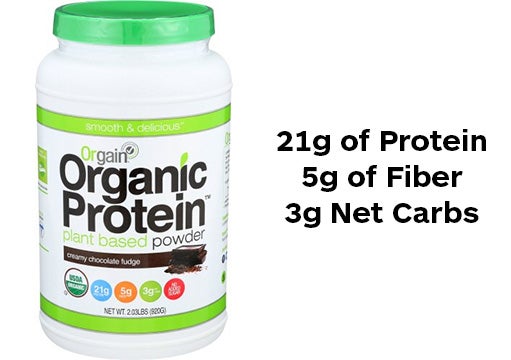 For lactose intolerant folks like myself, this is preferable to whey protein. Unlike whey, which derives its protein from cow’s milk, orgain is entirely plant-based. Clip the coupon to save 15% off. Use Subscribe & Save checkout to save 5% off on top of that, or add four more items to get an extra 15% off. 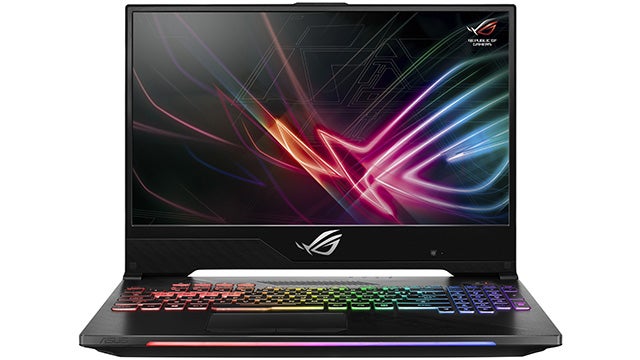 Get a $550 discount on this well regarded ASUS ROG Strix Hero II gaming laptop that boasts a GTX 1060 video card with the full 6GB of VRAM. The Strix Hero also sports a 15″ 1080p IPS display that can push 144Hz refresh rate and 3ms gtg response time, enough cooling to keep the laptop from overheating even during intense gaming, and sweet RGB gaming keyboard. 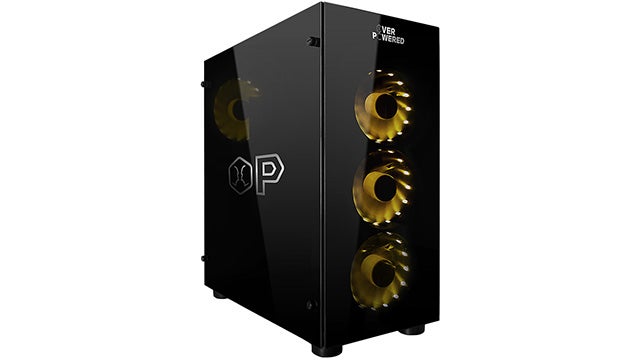 Walmart’s “Overpowered” lineup of gaming computers is undoubtedly one of the best bangs for your buck if you’re shopping around for a fully spec’ed gaming computer. This particular config even comes with an extended 2 year warranty for extra peace of mind. 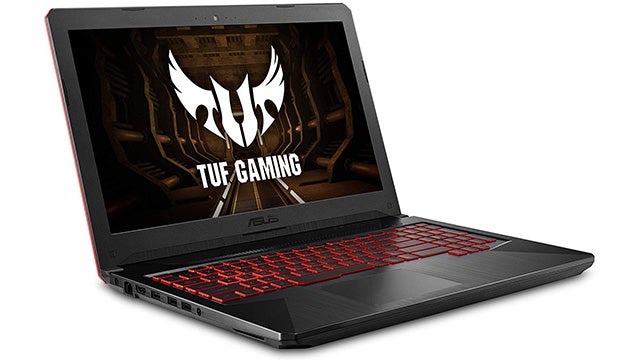 Amazon currently has the lowest price on a GeForce GTX 1060 3GB equipped gaming laptop. Other specs include a 15″ 1080p IPS-type display with a very respectable 3ms response time (especially for an IPS panel), 8th generation Intel Core i5 quad-core processor, 8GB of RAM, and 256GB SSD. 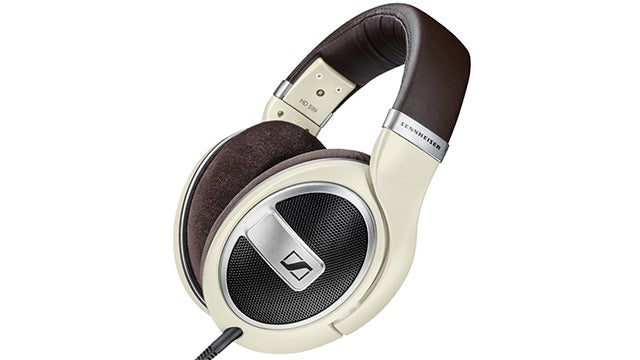 If you are an audiophile and sound quality takes precedence over any other feature in a headphone, this is easily one of the best sounding open back headphones under $300. Buy a ModMic attachable microphone and you’ll have the best sounding gaming headset in your neighborhood.

This deal started on April 1. You can score a 70″ 4K TV with Smart capability from a quality brand for under $800. There’s even free shipping on this.

The Vizio M-series TV is a great value if you’re looking for an inexpensive TV that can output true HDR content (the Vizo M-series features local dimming, wide color gamut, and a sufficient peak HDR brightness). This is the lowest price we’ve ever seen, you get free shipping, and the option to extend the warranty to 3 years for only $54.

This is Dell’s highest end gaming PC outside of Alienware. Not only are you getting a GTX 1080 video card capable of handling any game out there (including VR), you’re also getting an 8th gen Intel Core i7 6-core processor and 16GB of RAM. If you want an even greater improvement in performance, I would recommend getting an SSD to pair with the included 1TB hard drive. 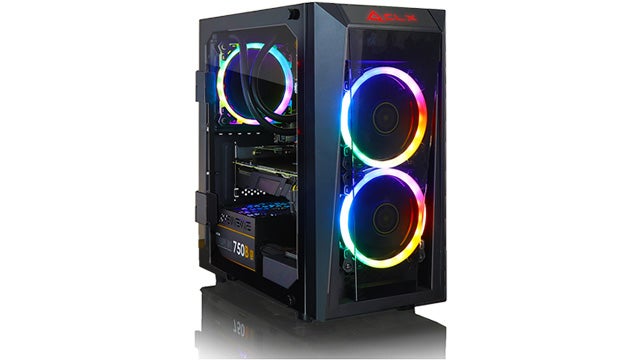 According to our RTX 2080 review, the RTX 2080 card performs better than the GeForce GTX 1080 Ti, the previous king of GPUs, plus support for the latest technology such as Ray Tracing. You’re also getting the new 9th generation 8-core unlocked Intel Core i7 processor as well as oodles of memory and dual storage. 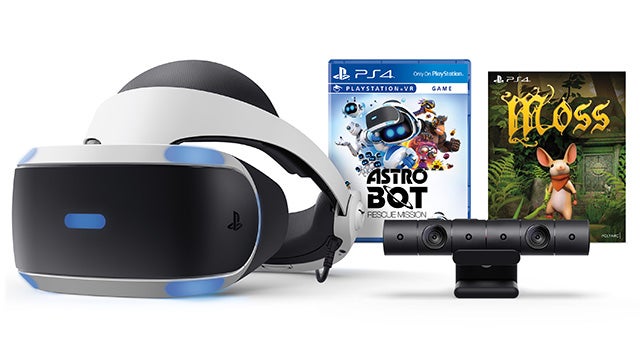 Take $50 off the regular price and free 2-day shipping at Walmart. The PSVR is still the most economical way to immerse yourself in the world of high-definition VR gaming, especially when you consider the fact that the PS4 ecosystem is far, far less expensive that a gaming computer that can handle the Rift or Vive. If you do jump onto the PSVR bandwagon, do yourself a favor and pick up a copy of Beat Saber. It’s easily the best game for the PSVR.

“Deadhaus Sonata is a cooperative multiplayer, free to play action RPG where you play the undead fighting the living.  An unstoppable force from Deadhaus, you are a monster among men, dealing death and destruction on a massive scale.”

The Early Access store has just recently launched and for a limited time, IGN is offering an exclusive 10% off discount code “IGNDEADHAUS” that works for any tier you purchase. Pledge tiers range from $30 all the way to $10,000. Depending on the tier you choose, you can get in-game currency, early alpha and beta access, exclusive in-game content, commemoration, or even the rare opportunity of meeting the dev team and bestowing your own personal touch to the game itself.

Dell has kicked off this week with a selection of 13 Vizio, Sony, Samsung, and LG TVs. They’ve discounted several well-rated current model TVs the way they always do – with a 90-day gift card that can be used on practically anything at Dell.com, including consoles, monitors, VR headsets, games, video cards, computers, and more.