But while Nvidia offers its own “Founders Edition” graphics cards for all RTX 20-series GPUs, it’s skipping direct consumer sales for the return of the GTX brand. That means the GeForce GTX 1660 Ti’s launch consists solely of models sold by Nvidia’s board partners, each with its own unique spin.

We’ve already reviewed the Asus ROG Strix GTX 1660 Ti and fell in love with its borderline overkill custom cooler and abundant features. But at $330, the triple-slot behemoth commands a steep $50 price premium. The EVGA GeForce GTX 1660 Ti XC Ultra we’re testing today offers a hefty overclock like the Asus ROG Strix and a customized dual-fan cooler of its own, but in a more accommodating dual-slot design—and for $20 less.

Before we dig into EVGA’s customizations, here’s a quick refresher on the GeForce GTX 1660 Ti’s core tech specs. Highlights include a massive jump in overall memory bandwidth thanks to an upgrade to ultra-fast GDDR6 VRAM, and a massive upgrade in Turing GPU-enhanced CUDA cores, all at the same 120-watt TDP as the older GTX 1060. Spectacular stuff—though note that all GTX 1660 Ti models lack the dedicated ray tracing and AI hardware found in the pricier RTX 20-series GPUs. 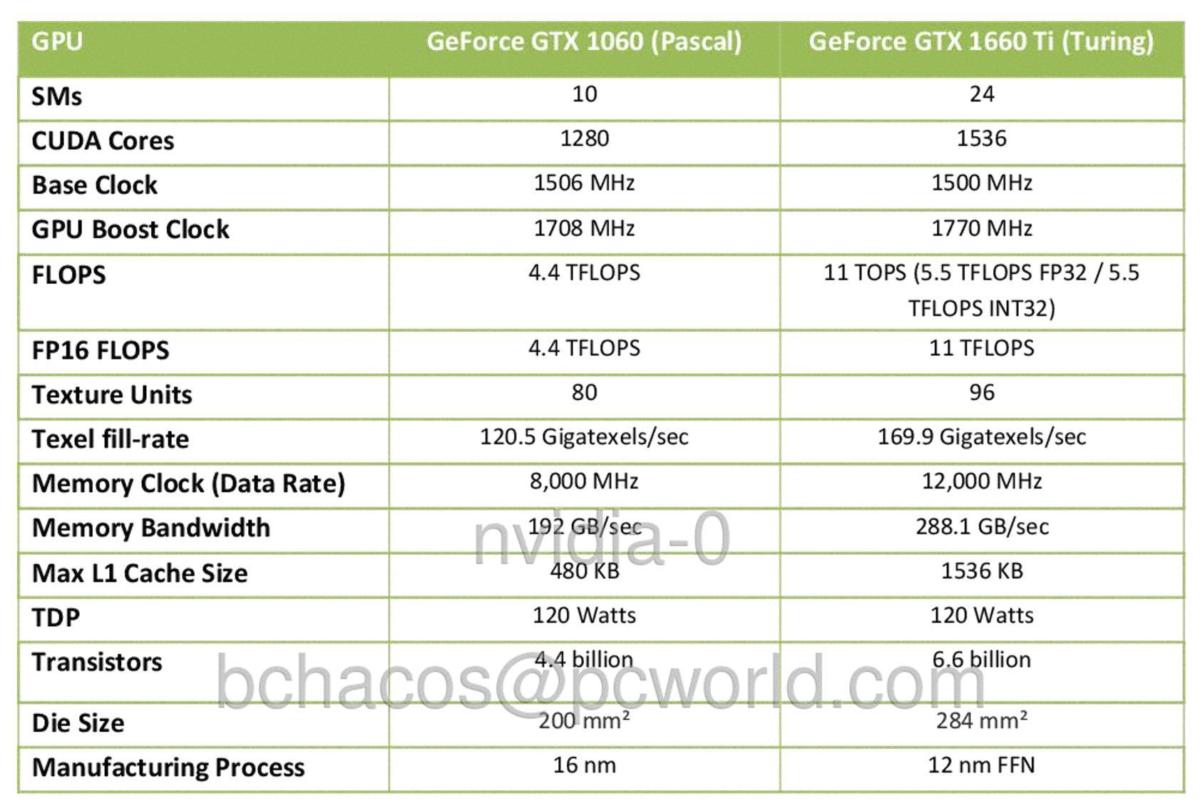 EVGA’s graphics card maintains those supercharged clock speeds thanks to its potent custom cooler. The GeForce GTX 1660 Ti XC Ultra includes the overhauled custom cooling design found on many of EVGA’s RTX 20-series GPUs. Dual hydraulic dynamic bearing (HDB) axial fans emblazoned with tiny “E”s sit atop a deep, dense heat sink, and EVGA claims that the mixture of HDB fans with the tiny letters result in a 19 percent reduction in noise levels compared to competing fans with sleeve-bearing fan designs. We can’t quantify that ourselves, but there’s no question that the EVGA GTX 1660 Ti XC Ultra runs pretty quietly for such a potent graphics card. 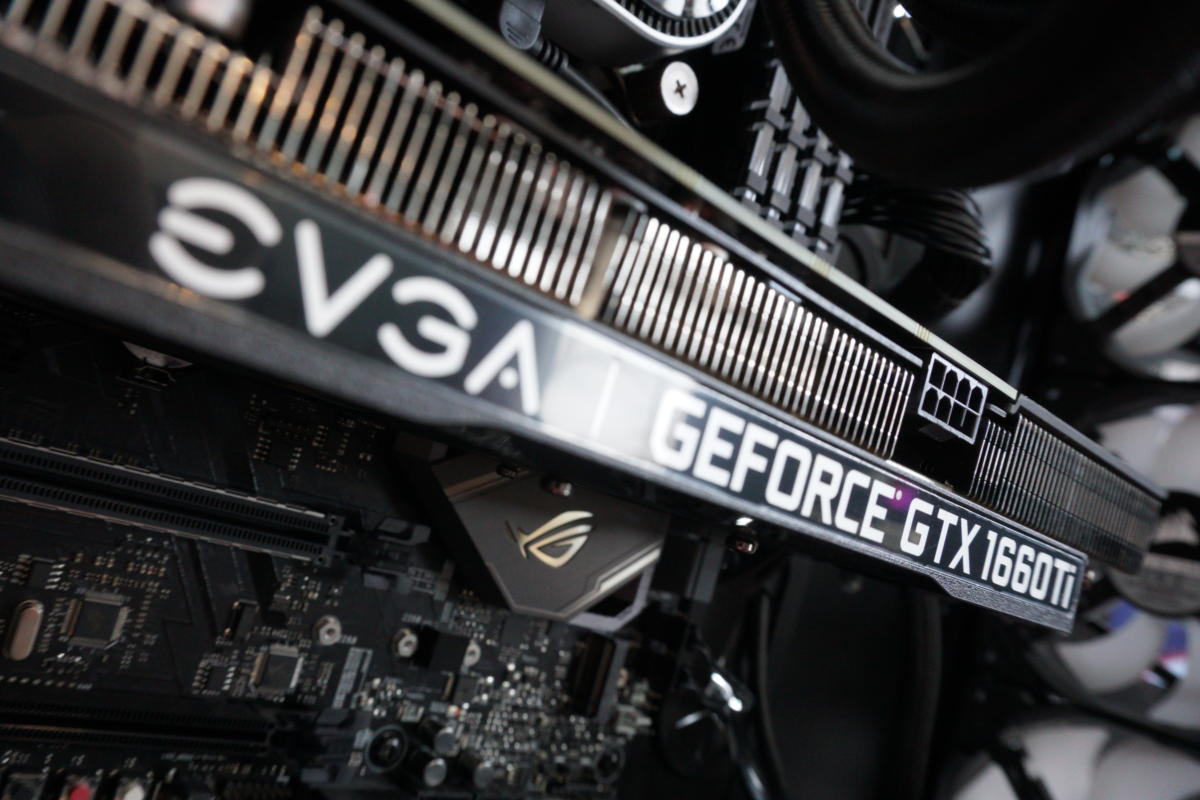 The custom cooler wasn’t the only thing EVGA redesigned from the ground up for this generation. The company’s Precision X1 software has evolved into one of the slickest and easiest-to-use overclocking tools available, with everything you need to push your GPU to new heights—including dead-simple one-button automatic overclocking for folks who don’t like to get their hands dirty. It’s highly recommended if you have any interest in tinkering with your graphics card.

Returning to physical design, the EVGA GTX 1660 Ti XC Ultra sticks to basic port options, limiting itself to solitary HDMI, DisplayPort, and dual-link DVI connections—though we’re very happy to see the latter whatsoever. By comparison, the Asus ROG Strix dumps DVI, but doubles up on HDMI and DisplayPorts. EVGA’s card measures 10.5 inches long and requires only a single 8-pin power connection, so it should have no problem slipping into the vast majority of gaming PCs.

Wrapping things up, it’s worth noting a few omissions on EVGA’s card, RGB LEDs being the most glaring. We’re fine with the decision, but it’s increasingly rare to see a modern graphics card without flashing lights. The card also lacks a backplate, but that’s not really a negative either—just a point worth mentioning given that this is EVGA’s highest-end GTX 1660 Ti offering.