Bound for a foreign country where you don’t speak the language? Good news: Google has you covered. This afternoon, the Mountain View tech giant announced that Translate, its free multilingual machine translation service, is now more robust. Offline, translation accuracy has improved by an order of magnitud in some cases.

Across the 59 languages supported offline by Translate on Android and iOS, accuracy is now 12% better, with enhanced word choice, grammar, and sentence structure. For some languages, including Japanese, Korean, Thai, Polish, and Hindi, the quality gain is more than 20%. In a related improvement, Translate now offers offline transliteration support for 10 new languages, including Arabic, Bengali, Gujrati, Kannada, Marathi, Tamil, Telugu and Urdu, such that now it provides an equivalent spelling in a familiar alphabet (for example, showing “नमस्ते” and “namaste” for “hello” where “namaste” is the transliteration of “नमस्ते.”)

The new and improved Translate is available as of today, Google says. Users who’ve used offline translation before will see a banner on the app’s home screen that will take them to the right place to update their offline files, but those who haven’t will have to head to the offline translation settings screen and tap the arrow next to the language name to download that language. (Each language package takes up about 35-45 MB, roughly equivalent in size to previous offline packages but at a higher quality.) 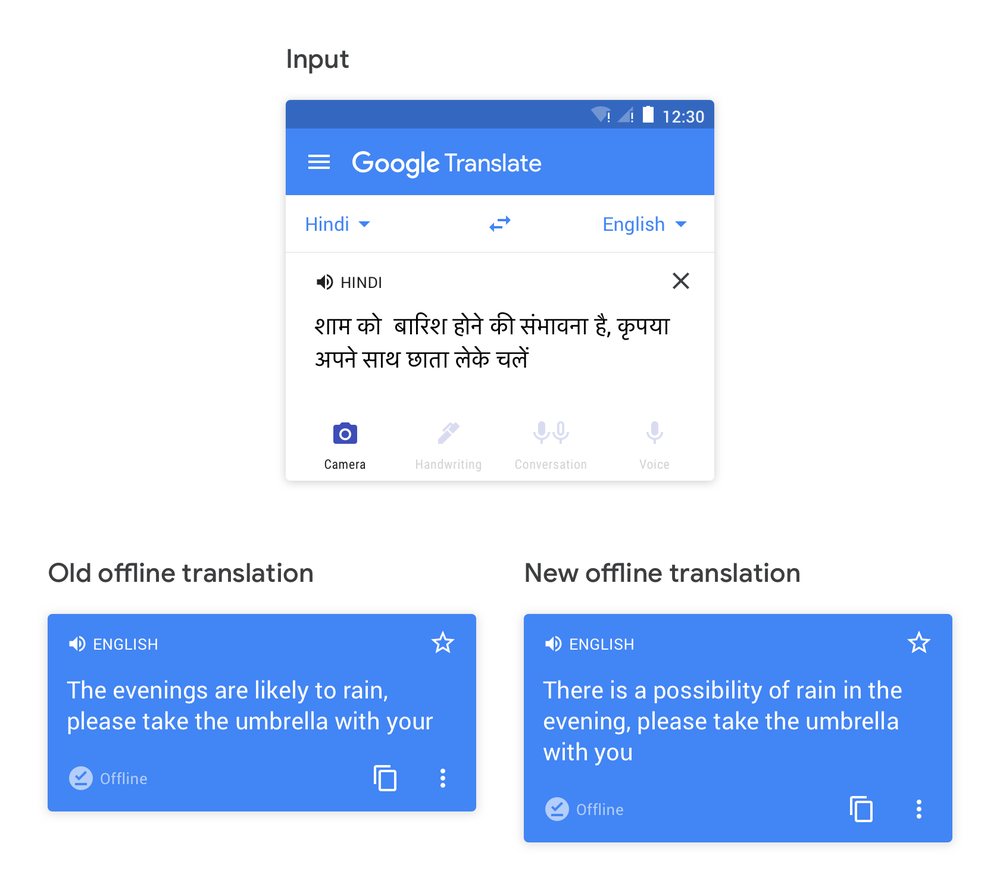