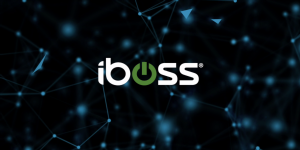 Iboss announced today that the company has raised a $145 million round of venture capital as the rapid evolution toward remote workforces has placed a new urgency around adopting cloud-based security.

Based in Boston, Iboss offers a secure access services edge (or SASE) service, a red-hot market that barely existed several years ago. SASE platforms allow companies to centralize management of security across all networks and edge point devices.

This marks a critical shift for enterprises that have typically focused on security solutions that involve either costly on-premises hardware or software installed on devices to thwart attacks. The problem is that as workforces become more distributed, such traditional methods have become cumbersome to deploy and manage, leading to growing complexity and costs.

By offering security via SaaS platforms, next-generation companies like Iboss argue that they can cut out the need for classic firewalls and gateway proxies. At the same time, companies can more quickly scale and reconfigure their workforces that may collaborate over Microsoft, Zoom, or other advanced work tools.

NightDragon and Francisco Partners led the new round of funding for Iboss, which said in its press release that it will use the latest funding to meet surging demand caused by the pandemic. The company says it now has more than 4,000 customers, including a “large number” of Fortune 50 companies.