Starkiller Base, a Death Star glow up, was the first great weapon of the First Order. The organization planned to use the super weapon to dominate the galaxy through fear, before the Resistance was able to destroy the base, and save the galaxy — at least for a while.

Despite being the cornerstone of the First Order’s plan, Starkiller Base’s history remains largely a mystery in the Star Wars universe. Fans have had guesses about the base’s origins since The Force Awakens was first released, but little hard evidence to go on. But the new video game Star Wars Jedi: Fallen Order makes a strong connection between a lore-friendly destination and the planet which became Starkiller Base.

[Ed. note: This post contains spoilers for all of Star Wars Jedi: Fallen Order and Star Wars: The Clone Wars, as well as potential spoilers for the Star Wars movie saga.]

Starkiller Base from The Force Awakens
Lucasfilm

One of the most prominent guesses in the Star Wars community about Starkiller Base’s origins is that it was the planet Ilum. For thousands of years, Ilum was a sacred site for the Jedi. The planet is an icy and inhospitable world. Inside the planet’s caves, kyber — the crystals that power lightsabers — can be found in droves.

Some of the earliest evidence that Ilum could be related to Starkiller Base, aside from the fact that they are both snowy, came in 2017 with the release of Star Wars Super Graphic: A Visual Guide to a Galaxy Far, Far Away. The reference book states that Ilum has a diameter of 660 kilometers. This happens to be exactly the diameter as Starkiller Base, according to the book Star Wars: Complete Locations, which came out in 2016.

The correct order to watch every Star Wars movie and show

The planet remained a closely guarded secret for most of the Jedi’s history. But after the Clone Wars ended, and the Jedi were nearly eradicated, the Empire took control of the galaxy and found the planet. Almost immediately, they began mining the kyber for themselves.

We get a glimpse of this in Jedi: Fallen Order, when Cal returns to Ilum to create his own lightsaber. When he first arrives, he remarks that Yoda took him there as a Padawan, and we see the same area that was featured in “The Gathering” episode of Star Wars: The Clone Wars. However, instead of the pristine caves of the show, the planet is now crawling with Imperial Stormtroopers and a giant mining operation.

On your first trip to Ilum in Fallen Order, players aren’t given a clear view of the planet’s exterior. But our biggest hint that Ilum will eventually become Starkiller Base, comes on the return trip, when your ship arrives in view of the planet. 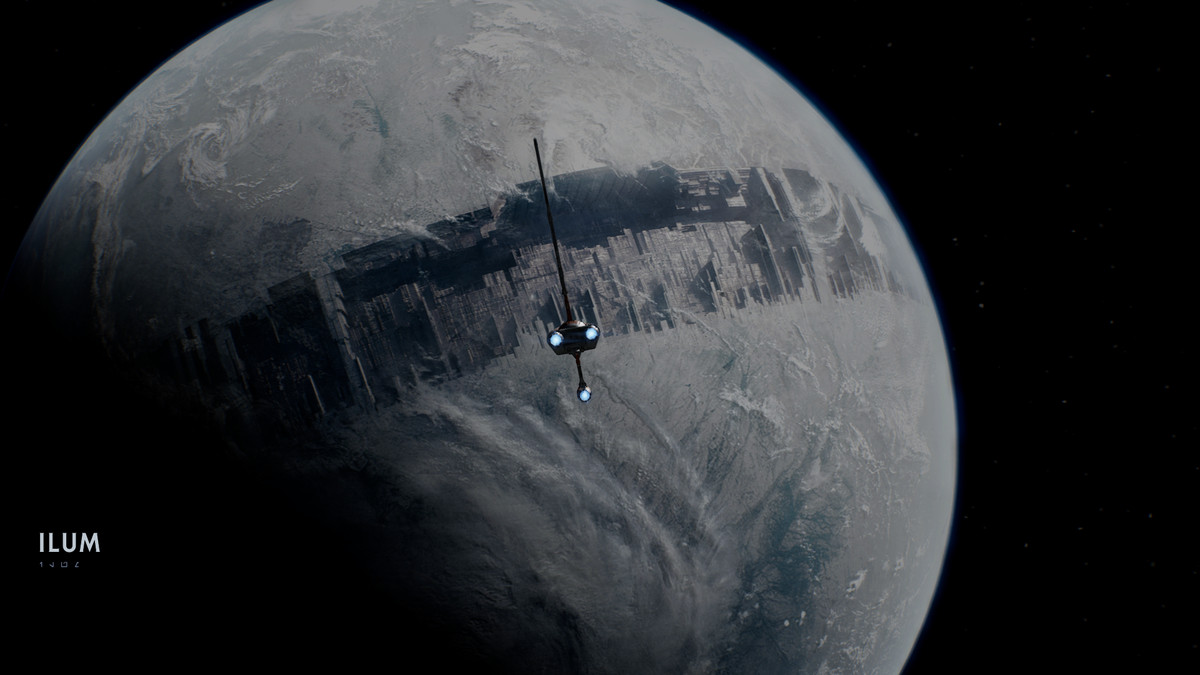 The Imperial mining operation on Ilum appears to have created a giant trench throughout the middle of the planet, almost identical to the one on Starkiller Base. It seems entirely possible that when the First Order found Ilum, it built on the work the Empire had already started, carving out the rest of the giant trench and building the superweapon directly into the planet. But the strange trench isn’t the only similarity the two locations share.

One of the things we know for sure about Starkiller Base, thanks once again to the Star Wars: Complete Locations book, is that the planet it was created on had a massive deposit of kyber. Of the icy planets we know of in current Star Wars canon, only Ilum was rich in kyber.

Also like Ilum, we know that during the Imperial days, the Starkiller Base planet had a mining operation set up on it where the Empire sought to harvest its kyber deposits. The two planets are also both located in the Unknown Region of the galaxy, and even reside in sector 7G. 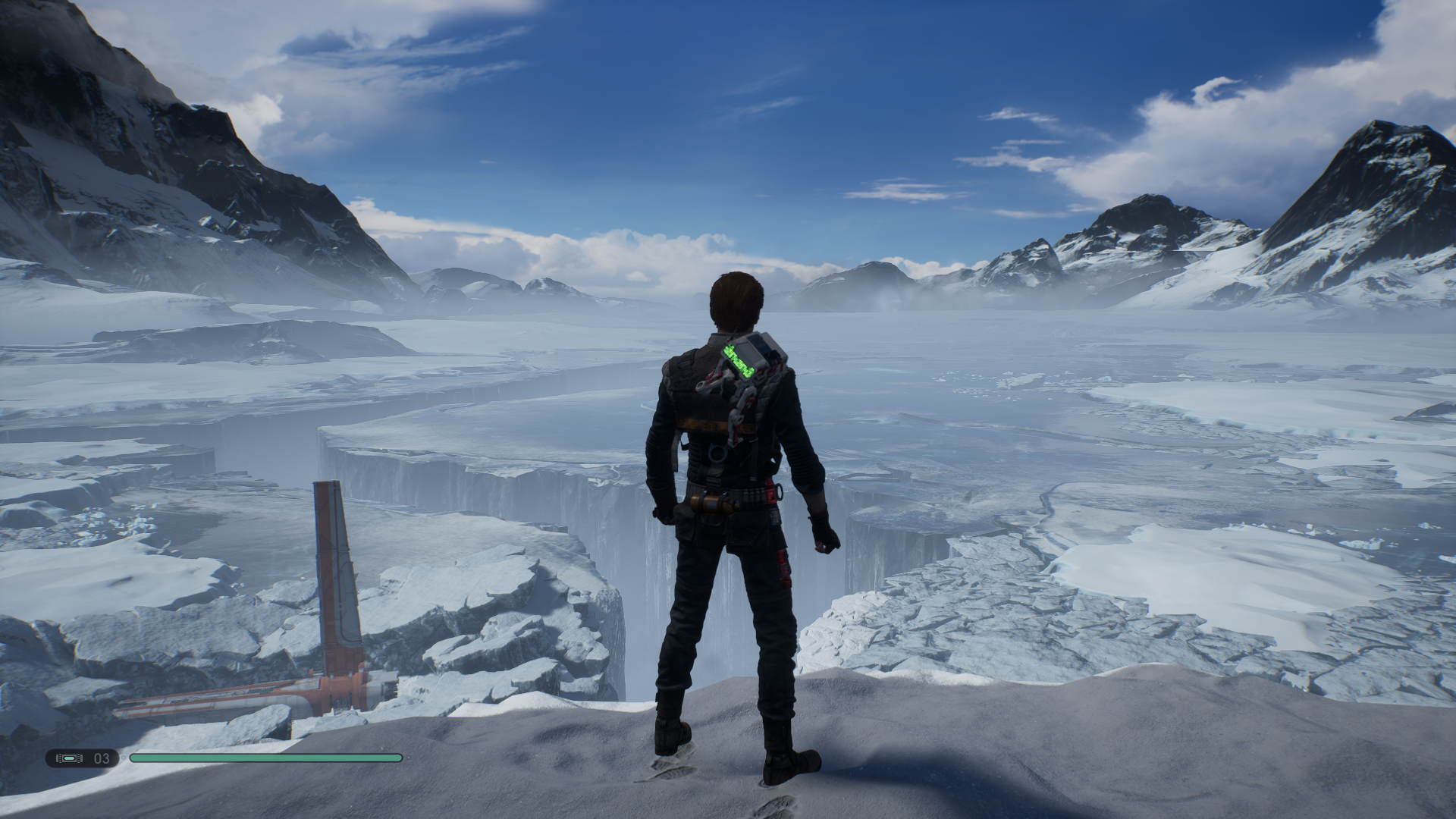 The choice to make Ilum the home of Starkiller Base would make thematic sense for the First Order. The First Order itself isn’t exactly like the Empire. In many ways, it idolizes the idea of the fallen Jedi, and the perverting Jedi culture and artifacts into tools of the Sith.

The most obvious examples of this is Kylo Ren. The Jedi formerly known as Ben Kenobi has a deep obsession with Darth Vader, perhaps the most famous fallen Jedi in all of Star Wars history. Kylo himself was trained by Luke Skywalker defecting to the side of the First Order. If the First Order wanted to continue this legacy, then what better place to build a new super-weapon than on one of the planets the Jedi used to consider sacred. If the Jedi’s lightsabers were the tools of peacekeepers, then the Starkiller Base would be the ultimate inversion of that.

While all this evidence seems fairly convincing, there’s still no way to know for sure. While each of these sources seems to point toward the First Order building Starkiller Base into what’s left of Ilum, no canonical source has officially confirmed the link. But with all these hints already set up, it seems possible that we could get confirmation eventually through a future game, the novels, the comics, or even this December’s release of The Rise of Skywalker.