Doom Eternal Revising How It Handles Difficulty From First Game

Battlefield 5's Into The Jungle Update Detailed With Trailer

Designed primarily for enterprise customers, both of the headsets are based on the same basic platform: Qualcomm’s Snapdragon 845 chipset, bolstered by integrated 60GHz Wi-Fi using the 802.11ad standard. The millimeter wave frequency technology is similar to optional add-ons that have been offered for select HTC and Oculus VR headsets but is incorporated directly into these goggles, enabling fully tetherless connections to nearby PCs — assuming you add a Pico Stream Box accessory.

In hands-on testing of a prototype Neo 2 late last year, we found that the wireless performance with a nearby PC was basically indistinguishable from a wired connection. Boundless XR technology enables the headset and PC to share real-time processing responsibilities, delivering a responsive, low-latency viewing and listening experience. But your results may vary depending on the specific application and PC.

Each of the Neo 2 headsets delivers 4K display resolution with a 101-degree field of view and 90 frame per second refresh rate — by 2020 standards, solid rather than breakthrough performance. Bluetooth 5.0 enables connectivity to two 6DoF electromagnetic controllers, each with an undercarriage trigger button not shown in the photo below. A counterweighted battery provides power for the headset to operate either in PC or standalone mode. 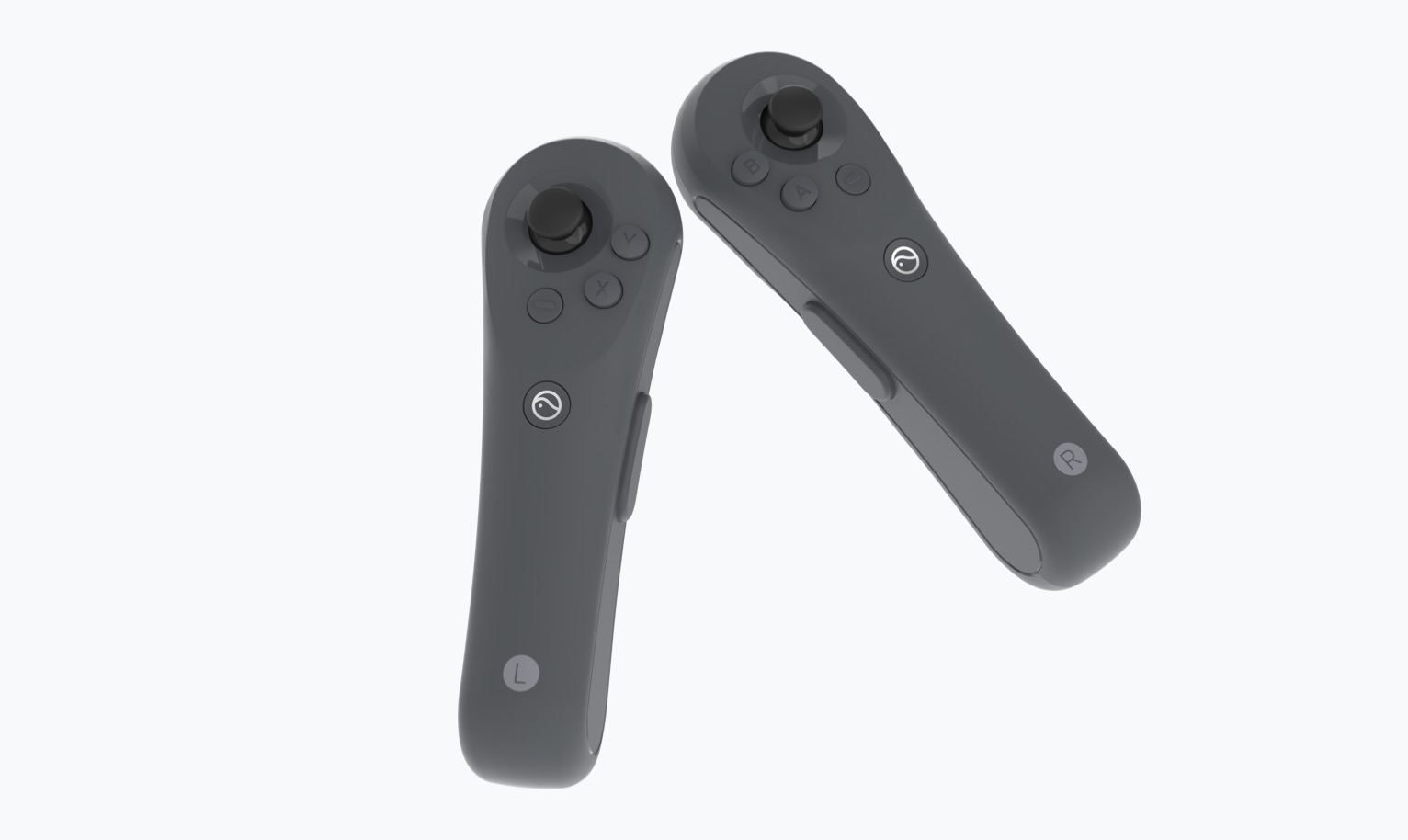 “Few non-tethered headsets offer this level of visual quality, design, and support,” said Pico CEO Henry Zhou. “With the launch of the Neo 2, we are giving businesses around the world the opportunity to elevate the way in which [they] operate — from training to providing unique experiences through VR.” The company expects Neo 2 will be used for in-flight entertainment, pain management in hospitals, and a wide variety of other applications.

For many of these use cases, Neo 2 will operate in standalone mode, which relies fully on Snapdragon 845 processing, backed by 128GB of onboard storage and an SD card slot. In this way, enterprises can deploy Android-based apps directly on the headset, backed by Pico’s Enterprise Management Program for optional device firmware and loading screen customization, as well as development assistance.

Pico will ship the Neo 2 headsets starting later in 2020. The Neo 2 Standard will sell for $699, impressive given that the original Pico Neo had a $749 price tag without 60GHz Wi-Fi, and the Neo 2 Eye will sell for $899, just like last year’s Tobii-powered HTC Vive Pro Eye sold at a $200 premium over the standard Vive Pro.

The Division 2 is heading to Coney Island

You Can Now Play Thronebreaker: The Witcher Tales On Switch

A chill coffeeshop game where you play therapist to vampires, cat girls, and succubi
Xbox

Mom Tags Along To Pokémon TCG Tournament, Ends Up In The Top 8
Recent Posts
We and our partners use cookies on this site to improve our service, perform analytics, personalize advertising, measure advertising performance, and remember website preferences.Ok